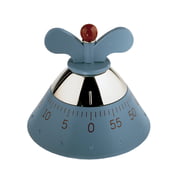 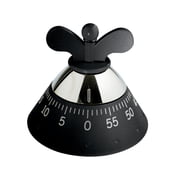 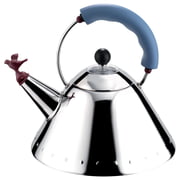 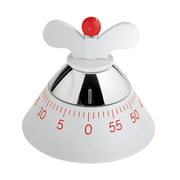 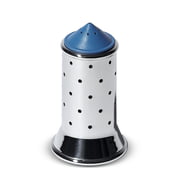 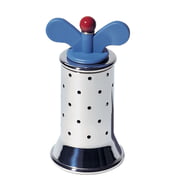 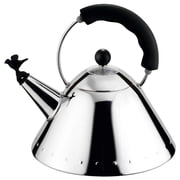 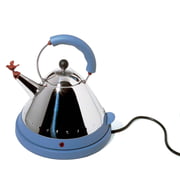 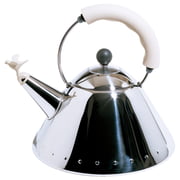 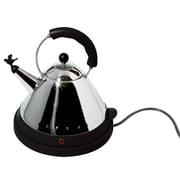 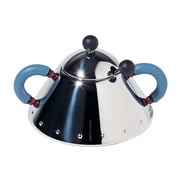 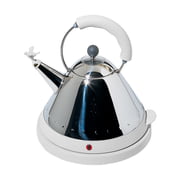 Michael Graves was born in 1934 in Indianapolis. He finished his architecture studies in 1959 at the Harvard University and became already four years later professor at the Princeton University.

After cooperation with Richard Meier (1959) and George Nelson (1962) in New York, did he open an own architecture office in Princeton in 1964.

A lot of exhibitions followed in the 1960ies, such as the "40 under 40" in New York or the exhibition "Architecture of Museums" in the MoMA, NY.

Michael Graves was besides Peter Eisenman, Charles Gwathmey, John Hejduk and Richard Meier - a member of the group "New York Five", whose designs were critizied in the architecture in the 60ies, bacause they were orientated themselves on the rational modern trend of the 1920ies and 30ies. He made a changeing when he avanced from the postmodernist to a neo-historic taboo breaker.

But Michael Graves is not only an architect..he is also a designer, what doesn't know a lof of people, even though his products can be find in countless homes. Unlike other exponents of his time, did Graves use his talent, classical forms and a postmodernistic design to permute those into usable things for every day. Exemplaristic for this stands the 1984 designed "Bird Kettle" for Alessi. The boiler with the coloured, weezing birds was sold over one million times and leveraged Alessi to the ''design smith'' par excellence. Objects for Alessi followed, an egg-timer, espresso cups, a corkscrew, and all kinds of boilers and cans.