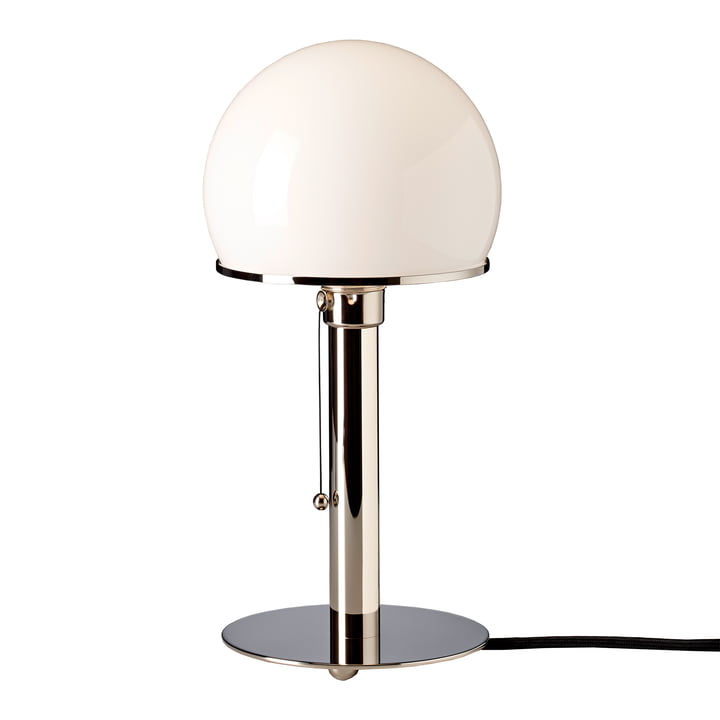 The Wagenfeld lamp ranks among the most famous lights of the Bauhaus era. It was designed by Wilhelm Wagenfeld (1900-1990) in 1924. After his apprenticeship in a silverware factory and attending an art academy he was accepted as a journeyman in the world-famous Bauhaus workshop and created the design classic W24 there, the “Wagenfeld Lamp” also called the “Bauhaus Lamp”.

Wagenfeld became one of the most important industrial designers of his time with his designs made of metal and glass. The WA24 Wagenfeld lamp consists of an opal coloured glass globe, the base, the stand and the borders consist of nickel-plated metal.

Metallic hemispheres under the base which cannot be make the lamp seem light-footed. The lamp is produced by Tecnolumen following the original measures and materials. All lamps are consecutively numbered under the base and bear the Bauhaus and Tecnolumen logos.

A bulb is not included in delivery. The Wagenfeld lamp was awarded the German National Prize “Gute Form” in 1982 and ranked among the “Best 200 for the year 2000”. 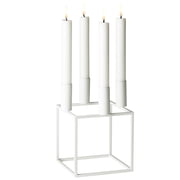