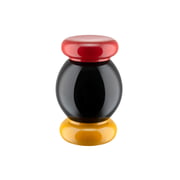 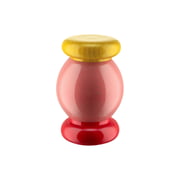 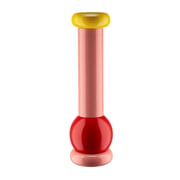 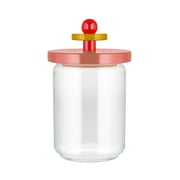 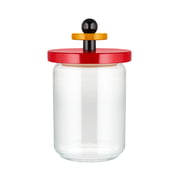 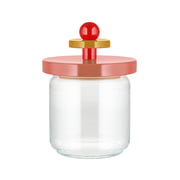 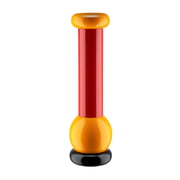 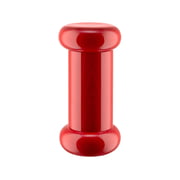 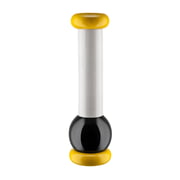 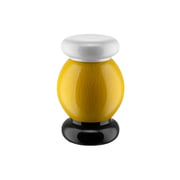 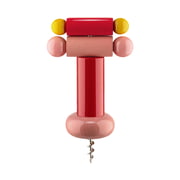 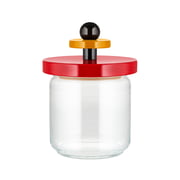 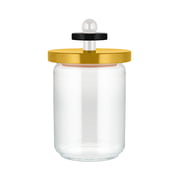 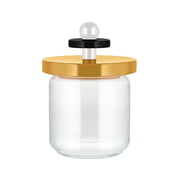 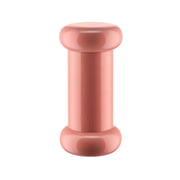 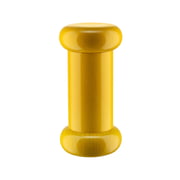 The designer Ettore Sottsass was born in September the 14th in 1917 in Innsbruck. He passed by in Milan in the year 2007. He embossed the “Anti-Design” trend during his career as architect and designer and became internationally famous.

Ettore Sottsass’ career began in 1935 with his studies of Architecture at the Polytechnic in Turin. After he graduated and became the leader of Poltronova in 1957, he experimented with the material fiberglass and developed furniture and illumination out of it.

In the year 1958 Sottsass began to cooperate with Olivetti and attracted attention simultaneously with his unconventional designs. One of his most famous creations is the typewriter Olivetti Valentine in the year 1968, which is meanwhile considered a classic and with which he entered the office-design into the pop-culture.

Stottsass’ designs convince the specialists with a playful expression of the everyday culture, filled with irony and humor, and the opposition against the representative possess-character of all objects – All this made him one of the leading representatives of the so called “Andi-Design”.

Ettore Sottsass founded his own company in 1980, the Ettore Sottsass Associati”. Moreover the Memphis Design Group he was co-founder of, became successful thanks to his help, following post-modern ideas and announcing the end of the “international style”.

Sottsass worked for companies like Olivetti, Alessi, Polztonova and Knoll International among others, during his career.

In the Busstops project, Sottsass moreover created the BusStation at the Königsworther Platz in Hanover in 1994. For this Busstop he placed eight huge crosses on top of a speckled one, covering it whith a white roof. Also Frank Gehry and Alessandro Mendini collaborated at this project.

Ettore Sottsass’ works are internationally known and popular. Different expositions about his life-work have already been shown for example on the Biennale in Venice, in the Centre Pompidou in Paris and in the Design Museum in London.