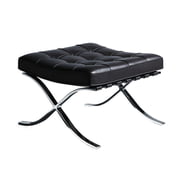 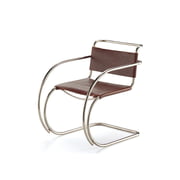 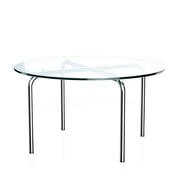 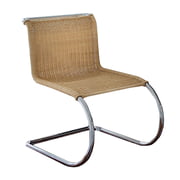 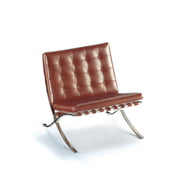 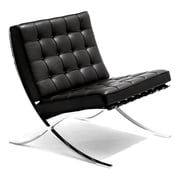 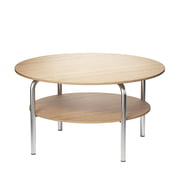 Despite of the missing graduation of the son of an Aachen tone-cutter, the profession as architect seemed to be laid in his child-cradle. He soon became safer in construction in the business of his father and went to Berlin as an 19-old young man, where he worked in the offices of Bruno Paul and Peter Behrens, two central figures of reformation movements.

Mies van der Rohe's statement "less is more" is symptomatic for his design: clear shapes and intensive dealing with the material itself. The use of glass, steel and concrete characterizes his distinctive style. His work in America, above all his imposing skyscrapers, affects architecture until today; Mies thereby created the "international style". In addition, together with his crew, that had been enforced to emigrate from Berlin to the USA, he also "invented" the art term "design", which is on everyone's lips even today.