For centuries, people have been decorating their living rooms with crib figures at Christmas. Predecessors of the modern nativity scene existed already in the 2nd century, yet the first reports of representing the Christmas story with figures come from the beginning of the 12th century. St. Francis of Assisi is believed to have created the crib as we know it today.
Nativity scenes are still an integral part of the Christmas decoration in many families all over the world. Each crib figure is available in many different editions. Eventually, designers reinterpreted traditional crib figures and gave them a modern look. 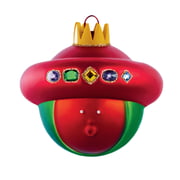 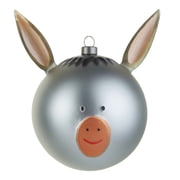 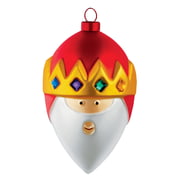 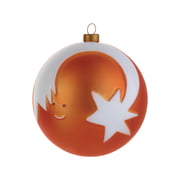 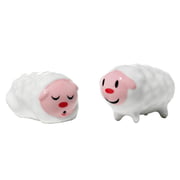 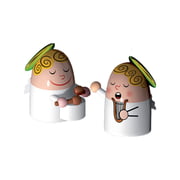 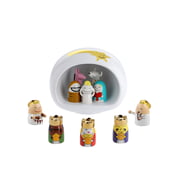 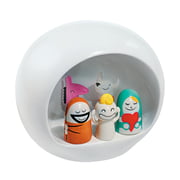 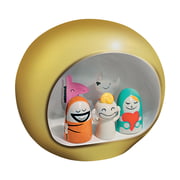 Which Figures Belong in a Crib?

The core figures in every crib are Maria, Joseph and Jesus. In addition to those, animal figures are also used sometimes – such as donkeys, oxen or sheep. The three wise men of the Orient – Caspar, Melchior and Balthasar – are also part of the crib. Other figures include an angel, shepherds and a shepherd dog. And don’t forget the star on top of the crib, since it is a symbol of Jesus’ birth into this world.

When Should the Nativity Scene Be Installed?

The crib is traditionally installed on the first advent. Every day, more figures are added, until baby Jesus is finally added on Christmas. Besides, according to the Christmas story told in the Bible, Caspar, Melchior and Balthasar traditionally arrive on the 6th of January. Many families, however, install the whole crib a few days before Christmas – together, near the Christmas tree.

The process of deconstruction of the crib has also changed in the past decades. Before, the crib was taken down only in the end of the Christmas season. That was on the 2nd of February, the Candlemas day. Today, most people deconstruct their cribs shortly after the 6th of January.

Alessi renounced the crib and made it possible to tell the Christmas story with Christmas baubles. Under the brand name of A di Alessi, the Italian manufacturer created a series of glass Christmas tree decorations representing baby Jesus, Maria, Joseph, the three wise men, the angel, and the Christmas star. In times when the Christmas tree became the centre of attention of Christmas, Alessi’s kind of “crib” in not only original, but also very time-appropriate.

Crib figures are traditionally made of wood. The early art of carving wood implied creation of various ornaments and very detailed figures, but it is considered old-fashioned by many people today. Contemporary wooden figures don’t always wear the charm of traditions: Berlin artist Oliver Fabel created a reduced edition of crib figures with his “Jessas, Maria and Josef!” crib.

Nativity scenes made of porcelain have become increasingly popular over time. In contrast to hand-carved wooden figures, porcelain cribs look modern and elegant. A di Alessi used this fine material when designing their funny crib figures. Their form is simple, and their characters arise through colours. By painting them, the illustrator Massimo Giacon demonstrated his love for details.

At Connox, you will find a variety of original and modern crib figures. Get inspired by creations of our featured designers and create your very own individual nativity scene!

Whichever crib figures you choose for your nativity scene, the team of the Connox interior design shop wishes you a Merry Christmas!