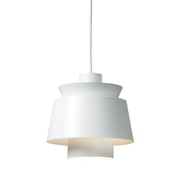 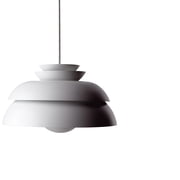 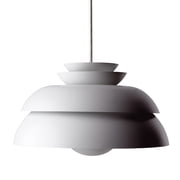 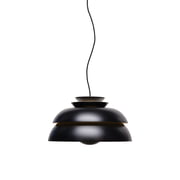 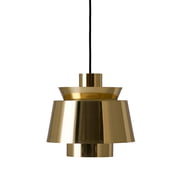 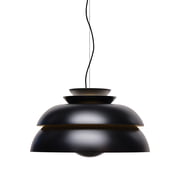 Creating things for people. This is the primal theme of probably Denmark’s most famous architect of all time: Jørn Utzon. His career culminated in 1957 when he won the international architectural competition for the Sydney Opera House. It is a thoroughly ingenious work that justifiably made him an icon of 20th Century architecture.

In developing his designs for Fritz Hansen, Jørn Utzon has worked to ensure that light constantly promotes the atmosphere of a room, whether it is used for cosy togetherness, for a particular function or for sheer inspiration. The designs of his first lamp for Fritz Hansen draw a golden thread from the Sydney Opera House. It completes the picture of Jørn Utzon as a lamp designer and architect of highest international stature.

Jørn Utzon was born on April 9, 1918 in Copenhagen. He received his Diploma in Architecture from the Royal Academy of Fine Arts, Copenhagen in 1942 and established his own architectural office there in 1946.

In 1956 the New South Wales Premier, Joe Cahill, announced an international competition for the design of an opera house for Sydney which attracted more than 200 entries from around the world. The story goes that during the judging of the competition one of the judges, renowned American architect, Eero Saarinen, arrived in Sydney after the other three judges had started assessing the entries. He looked through their rejected entries and stopped at the Utzon design declaring it to be outstanding.

Over several years Utzon gradually made changes from his original concept designs in order to develop a way to construct the large shells that cover the two halls. After extensive testing, Utzon developed a design based on the complex sections of a sphere. From 1964 the pre-cast rib vaults of the shells began to be erected on the completed podium. The construction of the roof brought together some of the world's best construction engineers and craftsmen for this complex stage of the project, devising new and innovative techniques to find the goal of architectural perfection and in doing so, create a major visual impact which delivered Utzon's vision.

Utzon said of the Design Principles, "My job is to articulate the overall vision and detailed design principles for the site, and for the form of the building and its interior". "I like to think the Sydney Opera House is like a musical instrument, and like any fine instrument, it needs a little maintenance and fine tuning, from time to time, if it is to keep on performing at the highest level."