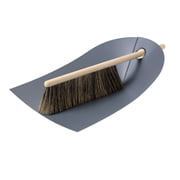 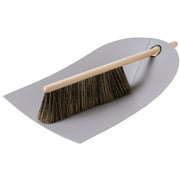 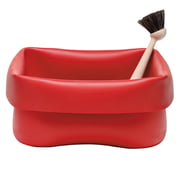 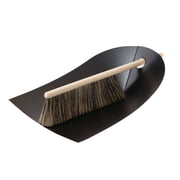 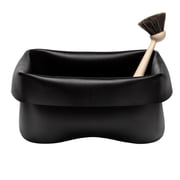 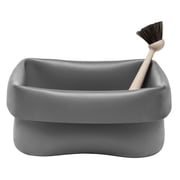 Ole Jensen was born in 1958. He started his career as mechanic apprentice. His desire for more knowledge and his interest for arts and design made him change his workshop against the Kunsthåndværkerskolen in Kolding in 1981.

He found the material that emphasized his special talent here – sound. Sound can be formed differently – only the artist limits things. Ole Jensen could transform his images world into objects with this material, being new and surprising on the first sight, but interpreted as completely natural form and aesthetic in an instant. To think on a new way was never opposite to the common recognizable for Ole Jensen.

After the end of his apprenticeship, the ceramist Ole Jensen entered the academy of fine arts in Copenhagen, where he studed from 1985 to 1989. At the same time he started cooperating with Royal Copenhagen; he wanted to challenge the material, but also started to work with other materials. But today his focus lays on sound. All ideas are typically developed at the potter’s wheel, before the real material is decided.

Ole Jensen thinks that objects should be uncomplicated and natural; the form shouldn’t be obliged but it should emerge completely by its own. His search for a “pure” expression however, didn’t mean that design should be formally, it is just the opposite; his works spread humour and life-enjoyment.

Ole Jensen was honoured with numerous awards along the years. Among them are the Thorvald Bindesbøll Medaljen (2004), Torsten og Wanja Söderbergs Pris, Göteborg (2006), the Red Dot Award and the Design Plus Prize.

Ole Jensen’s design is exposed in different museums in Europe, such as the Victoria and Albert museum, London, in the Kunstindustrimuseet, Copenhagen, in the Röhsska museet, Göteborg and in the Habitare Collection Design Museum, Helsinki.