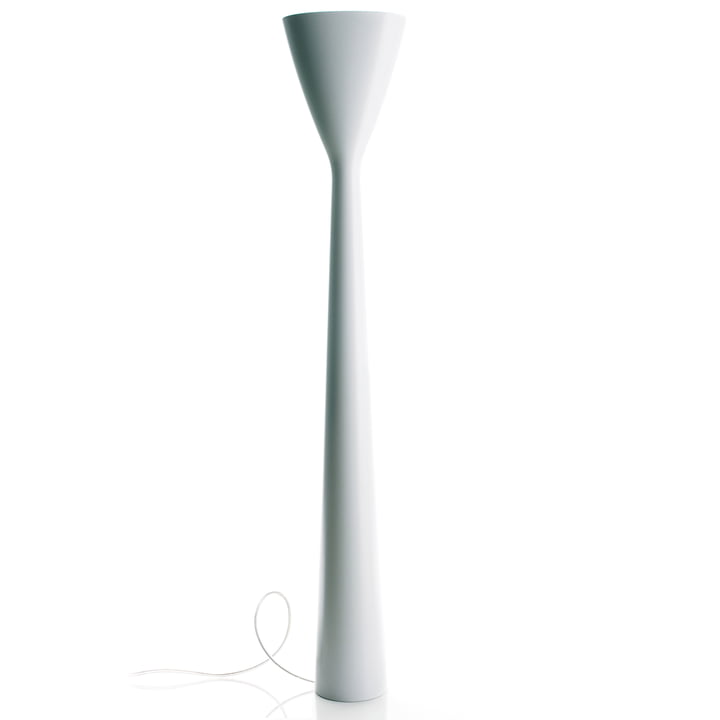 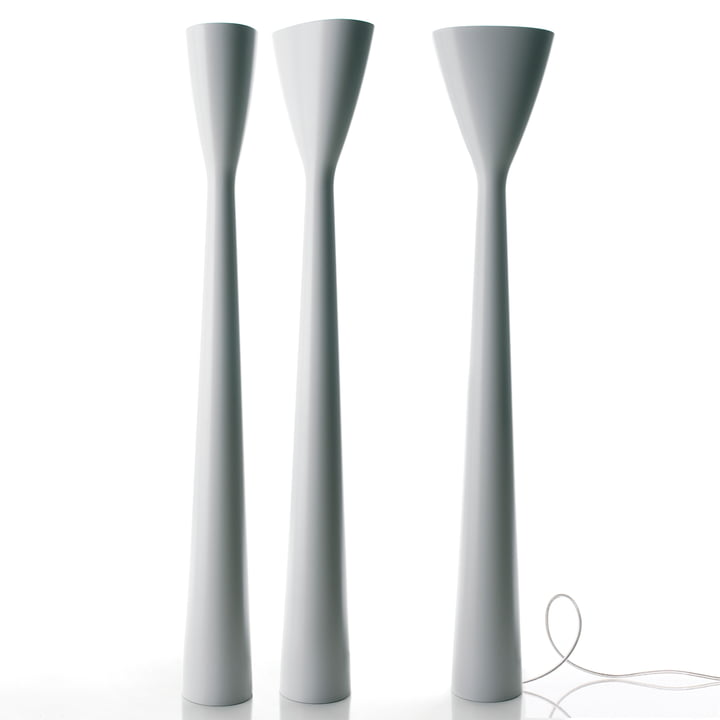 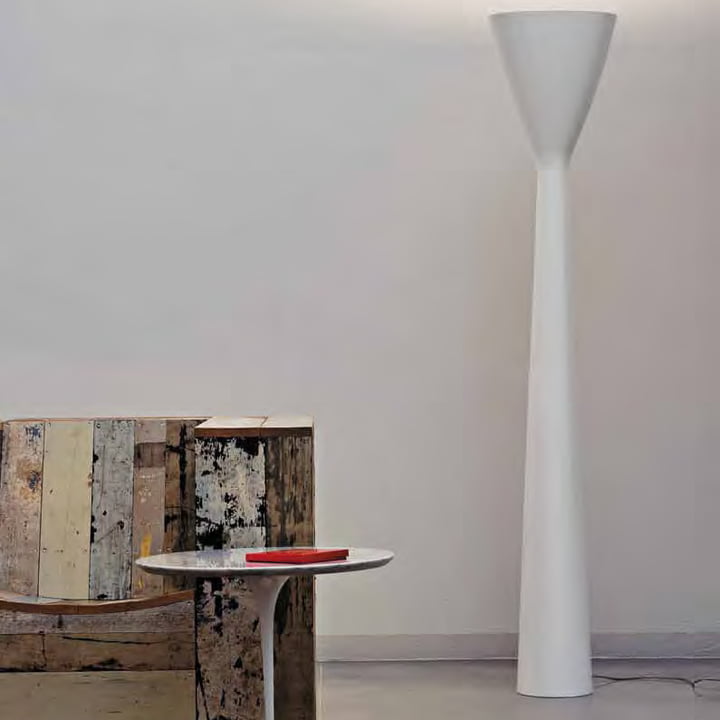 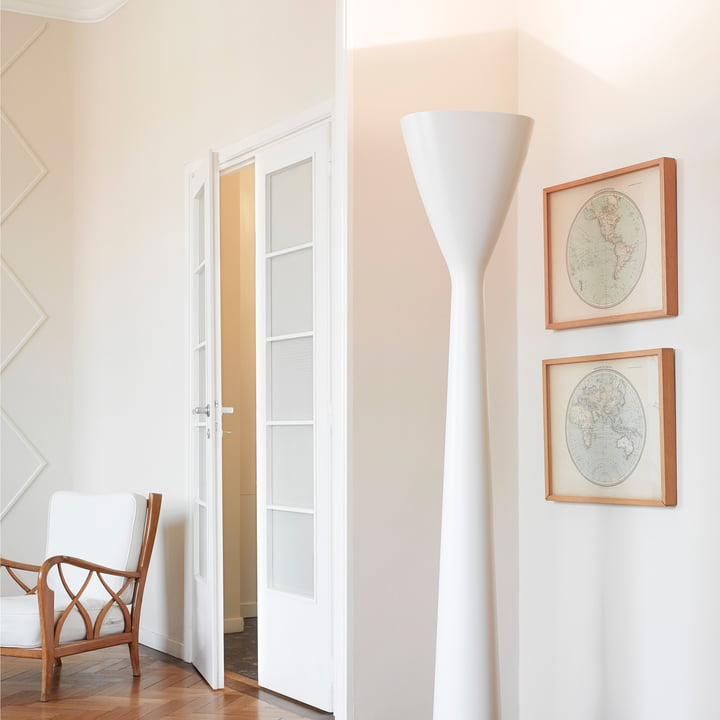 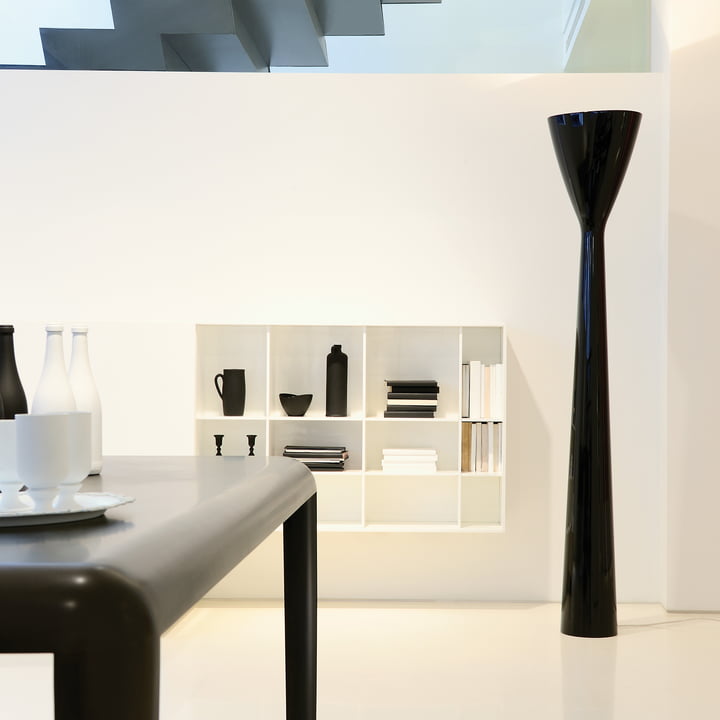 Despite looking sculptural with its 185cm, Carrara by Alfredo Häberly isn't made of marble as its name may suggest.

The Swiss designer Häberli had already designed the Carrara lamp in white satin for Luceplan in 2001 - a black glossy version followed in 2008.

Both models consist of a single body of polyurethane injection molding, giving them a solid and sculptural character unlike any conventional floor lamp.

Carrara radiates an indirect light. The brightness can also be continuously adjusted via a foot dimmer. 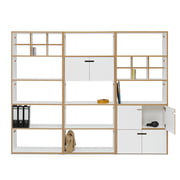 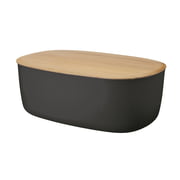 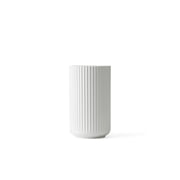