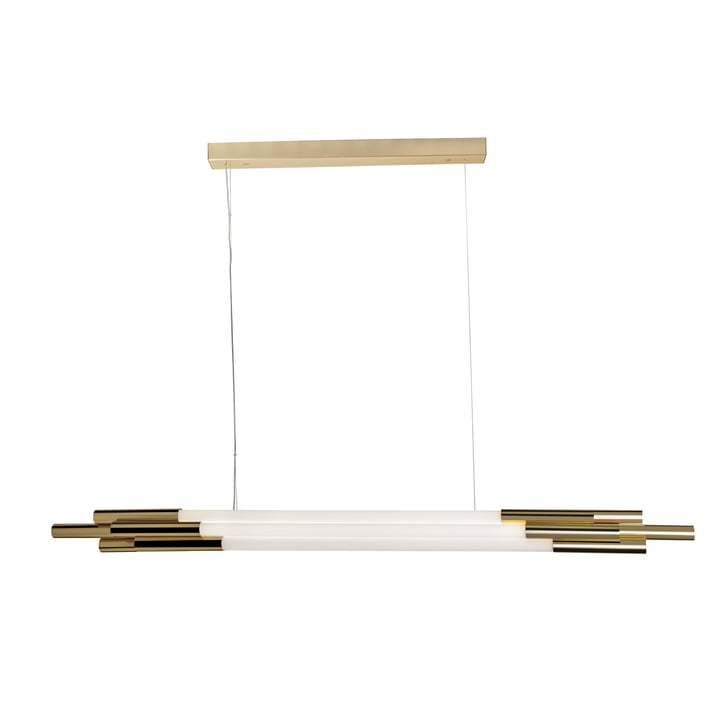 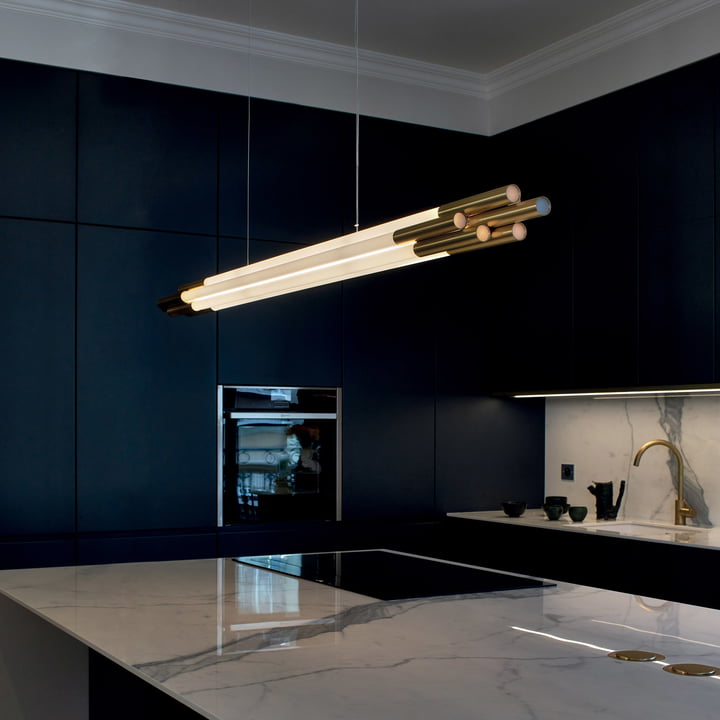 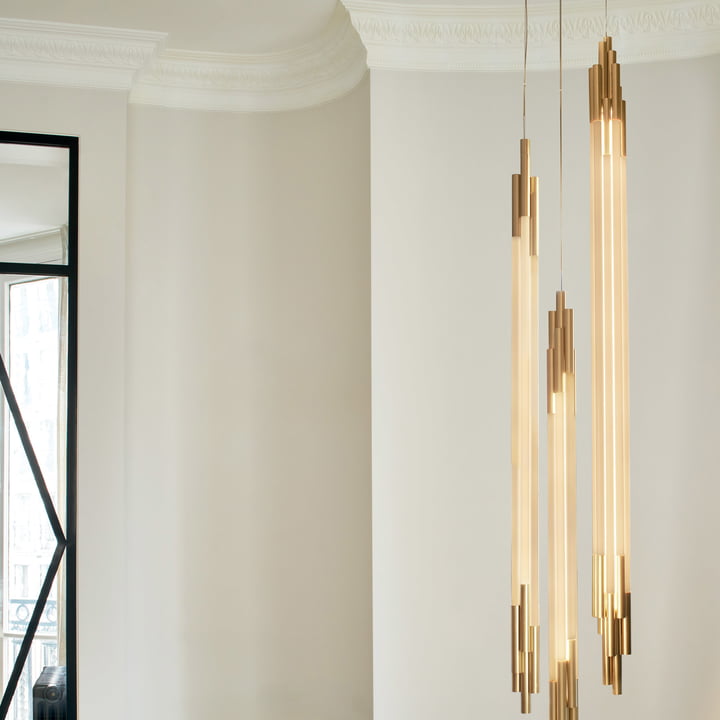 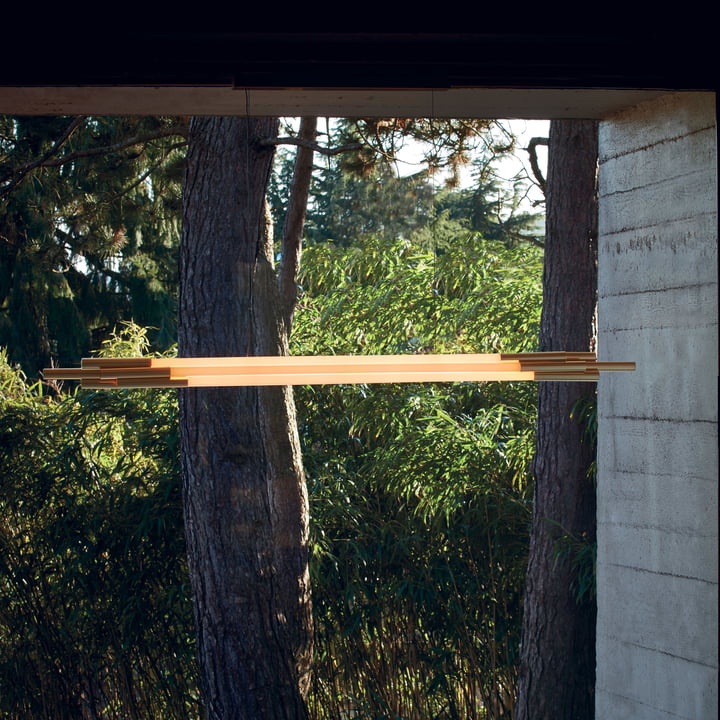 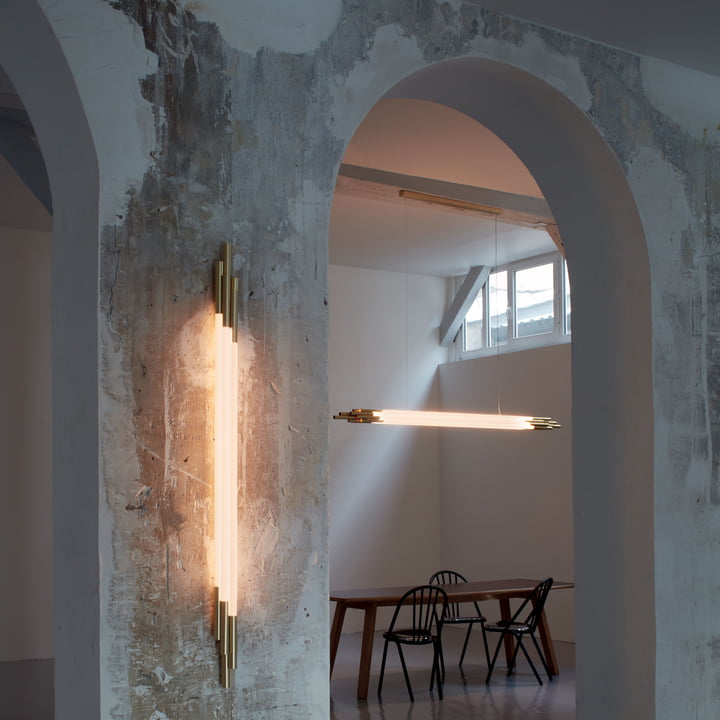 Pendant light made of many LED tubes with golden accents

The Org LED pendant luminaire by DCW is a surprising design object for equally harsh and demanding environments. Inspired by science fiction and astronomy, designer Sebastian Summa created the luminaire like a shooting star: several bundled LED light tubes with golden ends create the illusion of a cosmic explosion when switched on.

With its warm white light (2700 K), Org is particularly impressive in rooms with high ceilings, but can also be used in the living room or hallway as an extravagant work of art. The Org pendant luminaire is available in horizontal and vertical design, so that the right solution can be found for every room.

DCW manufactures the luminaire from opal glass tubes with anodised aluminium ends. It is available in different sizes and as wall light .