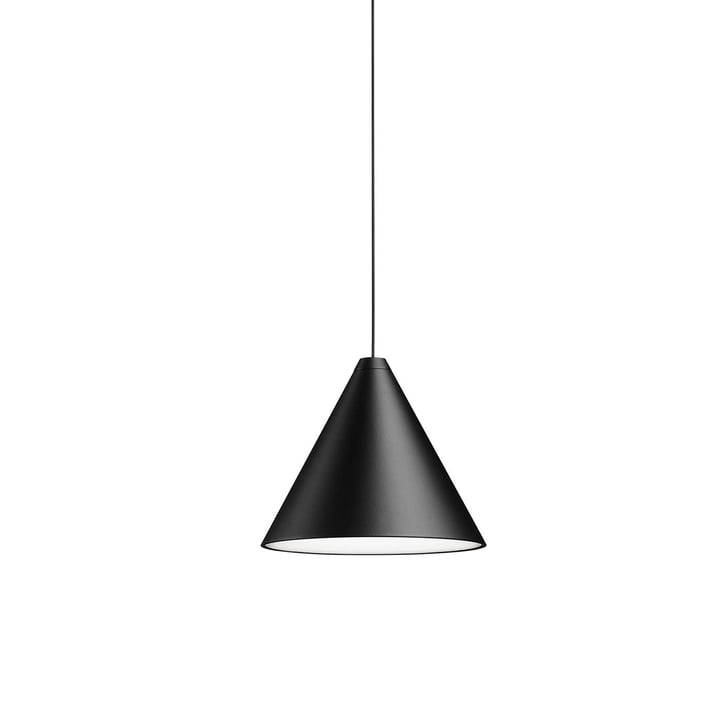 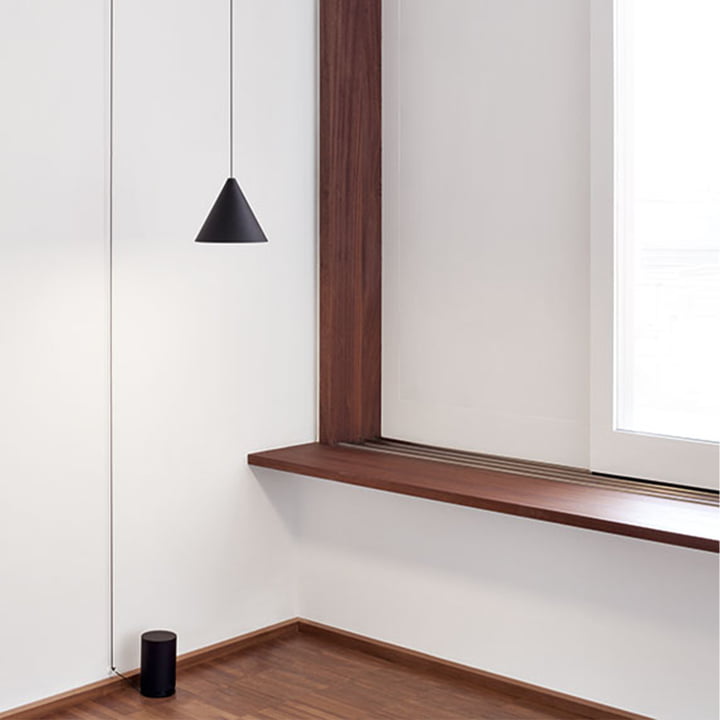 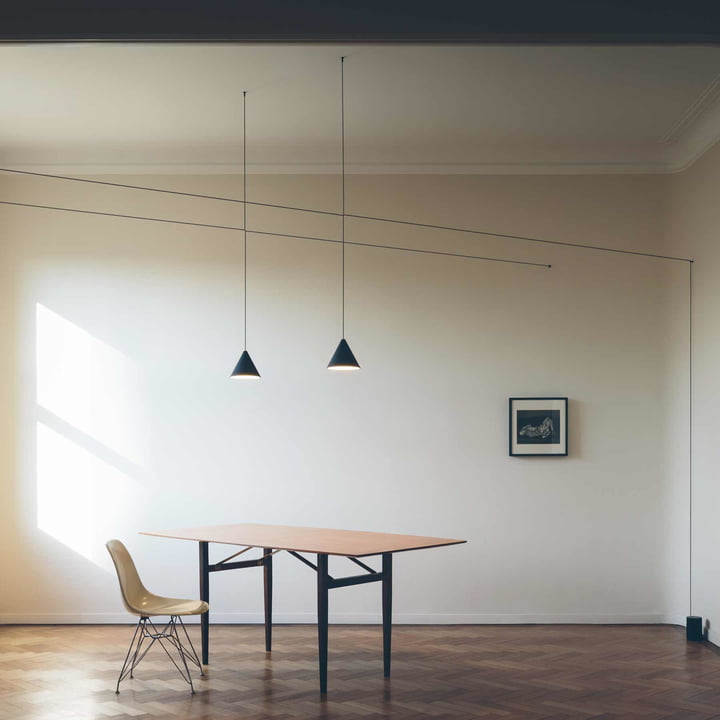 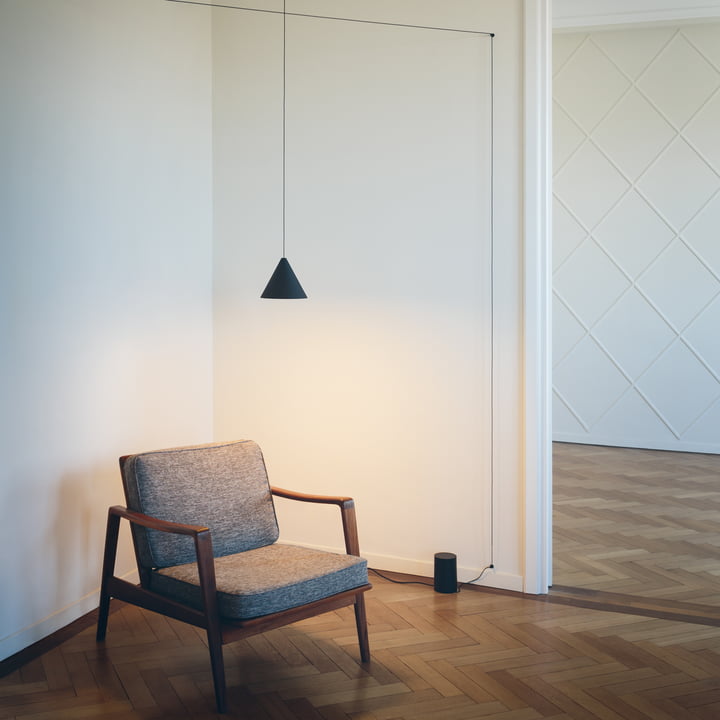 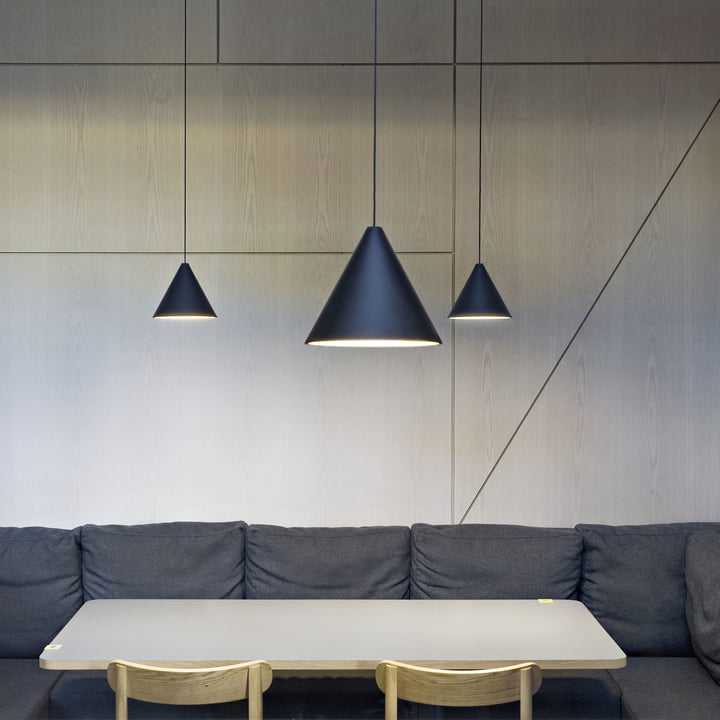 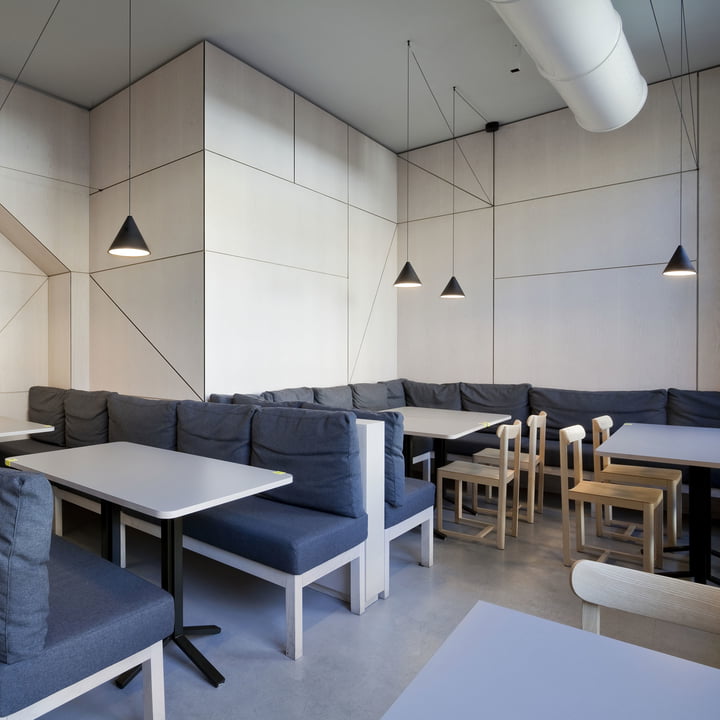 String Light is a different kind of LED luminaire. The extra long cable and the innovative concept of the pendant luminaire with cone head from Flos enable architectural and novel lighting solutions for the private and commercial sector.

Designer Michael Anastassiades tells us that he was inspired by three things for the Flos String Light : "When I'm on the train and I'm traveling, I always see these power lines from the window that connect the power poles. And as we race along at high speed, I see these completely parallel lines and find myself under the spell of this incredible discipline - how is that possible? It's just so magnificent how they connect the power lines and divide the landscape at the same time. I wanted to transfer this vision into an inner environment.

I like how people use light to delineate spaces, especially outdoors. Think of a village square at night in the Mediterranean. The people there have strings of lights hanging squarely from four poles. It would be as if they were announcing, "This is where the party is." It's the lights that delineate this activity.

And the last reason, which is the most practical, is how to move lights when the power outlets are always where you least want them. So how do you put them where you want them without effort and in a poetic way?"

Equipped with a 12-metre cable, the Flos String Light pendant luminaire allows geometric patterns to be drawn in the room. Rooms take on new architectural dimensions. If necessary, the cables can be rearranged to create a new mood in the room, patterns from clear linearity to abstract art are possible.

Thanks to its extensive range of accessories, there are virtually no limits to the wealth of combinations that can be achieved with String Light . A host of examples and suggestions for different installations are also supplied, including blank sample rooms in which you can draw your own personal configuration. The coaxial cable of the luminaire, made of die-cast aluminium, is reinforced with Kevlar.

Flos - Wall and ceiling rose for the String Light