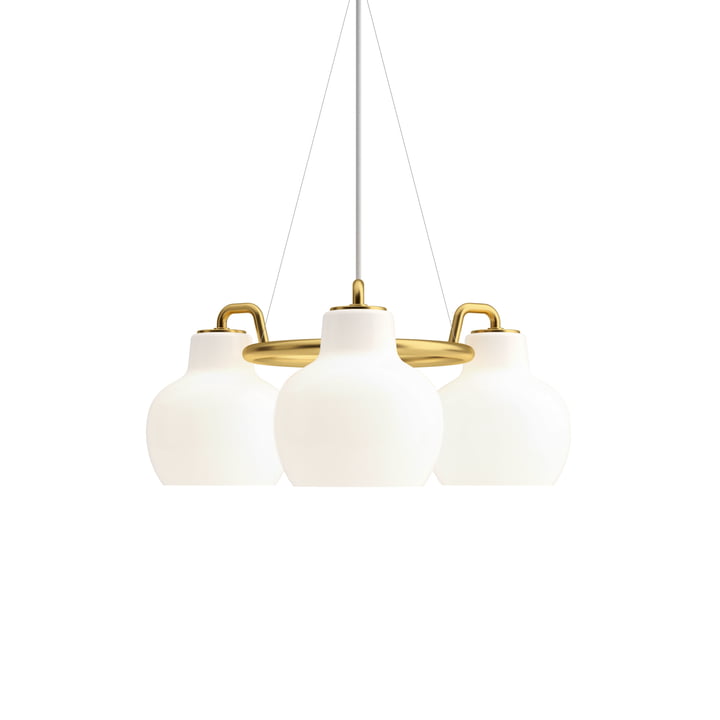 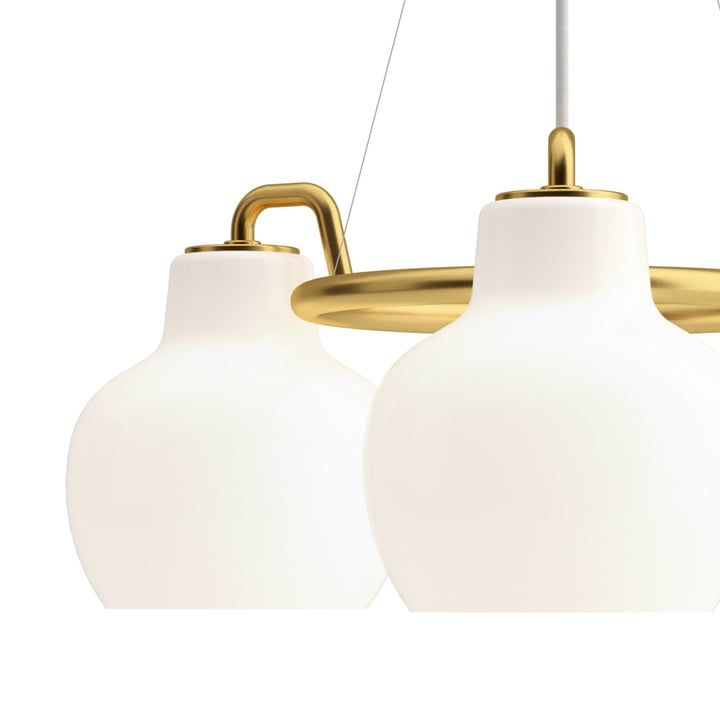 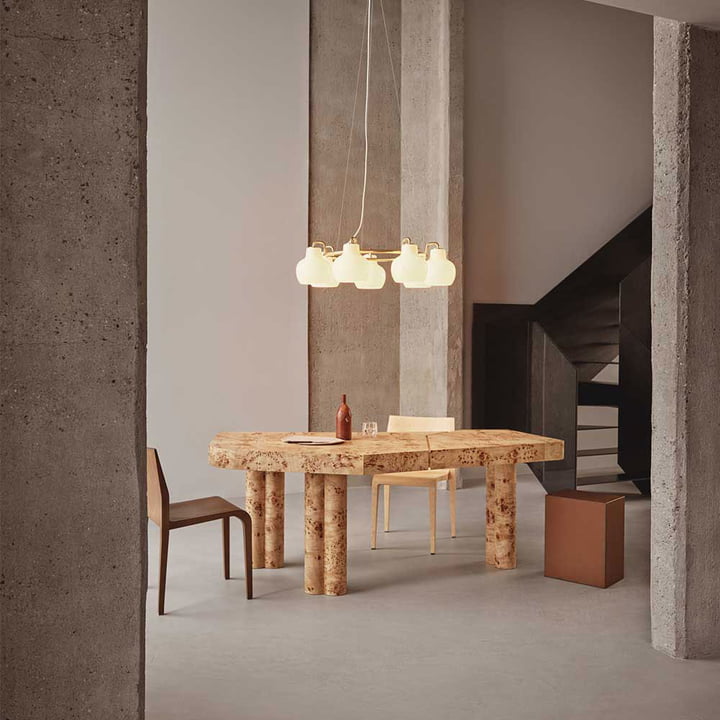 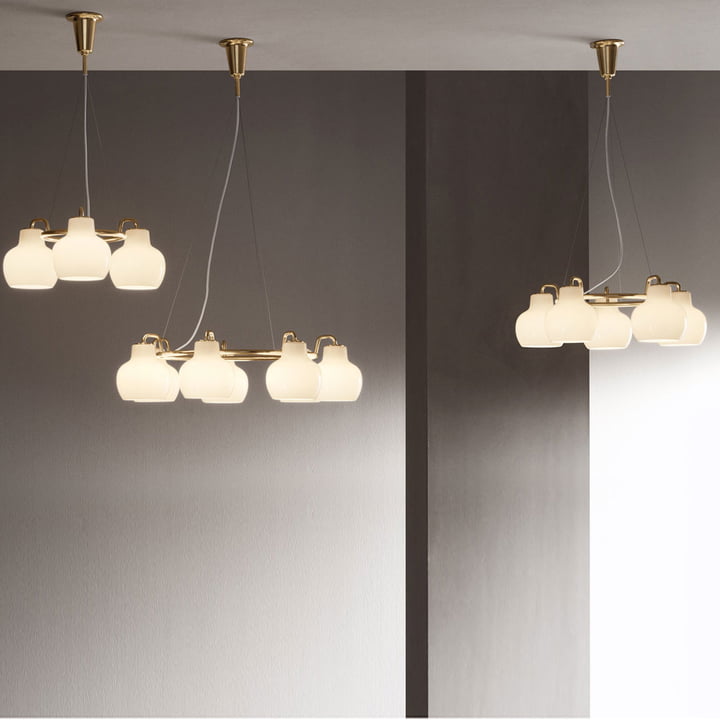 The chandelier provides glare-free light in every room and becomes an eye-catcher especially above a dining table or a cooking island.

Made of mouth-blown glass and polished brass

The chandelier consists of a frame made of untreated, polished brass. Equipped with three, five or seven shades of shiny white, three-layer and hand-blown opal glass, the chandelier adapts perfectly to any ambience and need.

The series also includes a wall luminaire in various versions and a pendant luminaire. 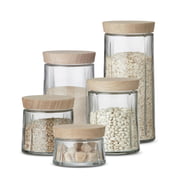 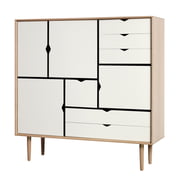 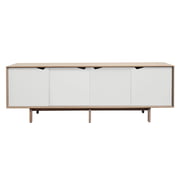 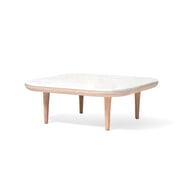