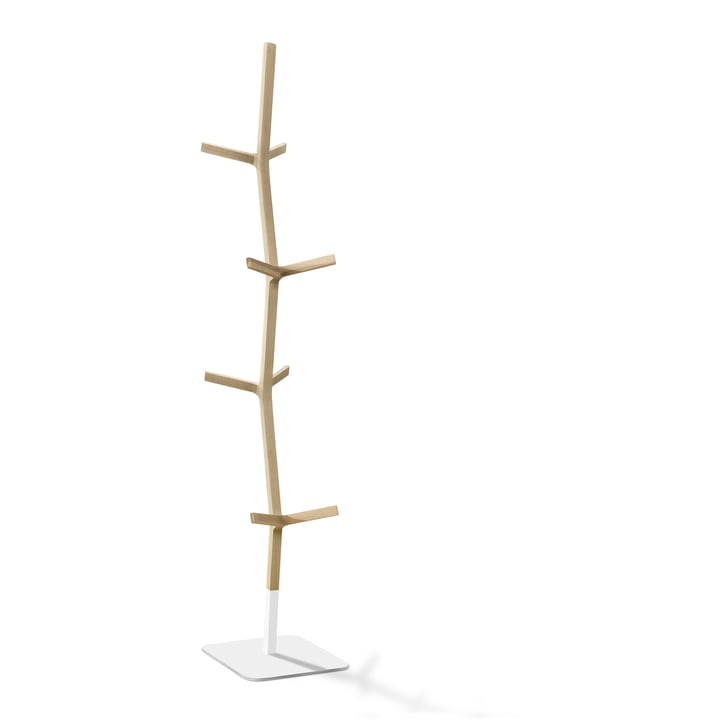 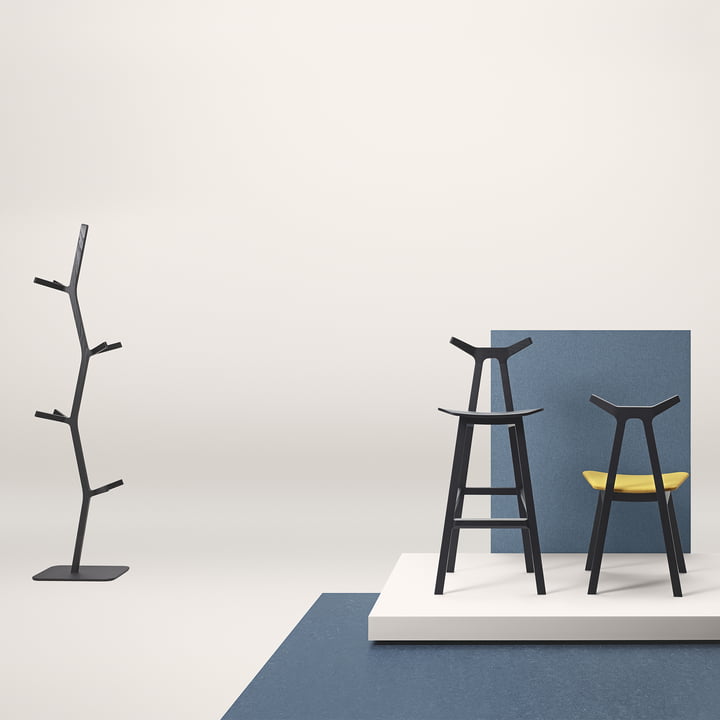 The Nara Coat Stand from Fredericia was designed by Shin Azumi as a way of using the off-cuts from the production of the Nara Chair. The result is a sculptural object with a graphical silhouette.

Plenty of Space with Eight Hooks

The Nara Coat Stand is made from the leftovers of the Nara Chair, which is produced in black ash or oak. There is plenty of space for jackets and scarves, with eight hooks altogether, forming the shape of a tree that has lost its leaves. It may look mundane and haphazard at first, but on closer inspection the complex ideas behind the concept can be seen.

The Forest and the Deer

The backrest of the Nara seat is reminiscent of the horns of the sacred Japanese deer that wanders the forests around the first capital city, Nara. The clothes rack symbolizes the forest through which the deer is running and which it needs to survive, just as the coat stand needs the off-cuts of the chair. Both pieces of furniture have a mystic and meaningful dependence on each other and complete each other perfectly because they were practically made from one piece of wood.