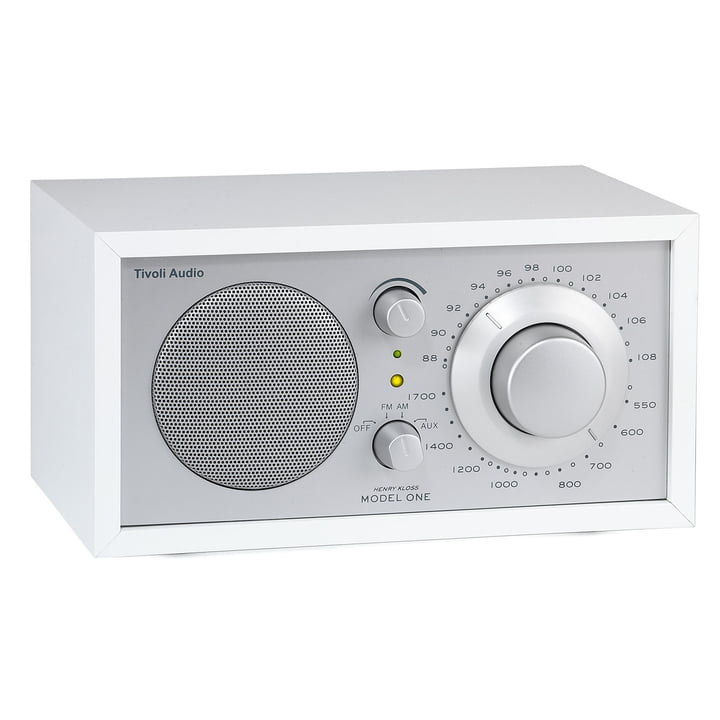 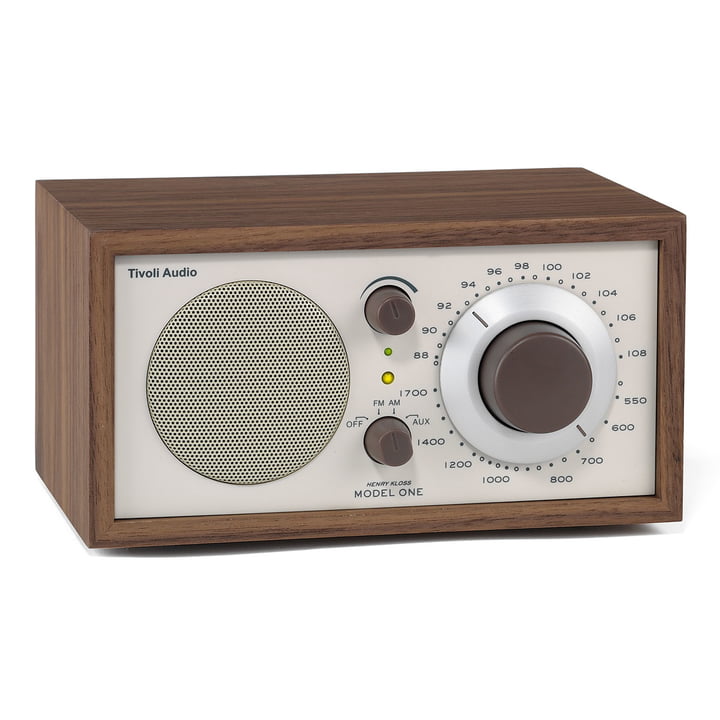 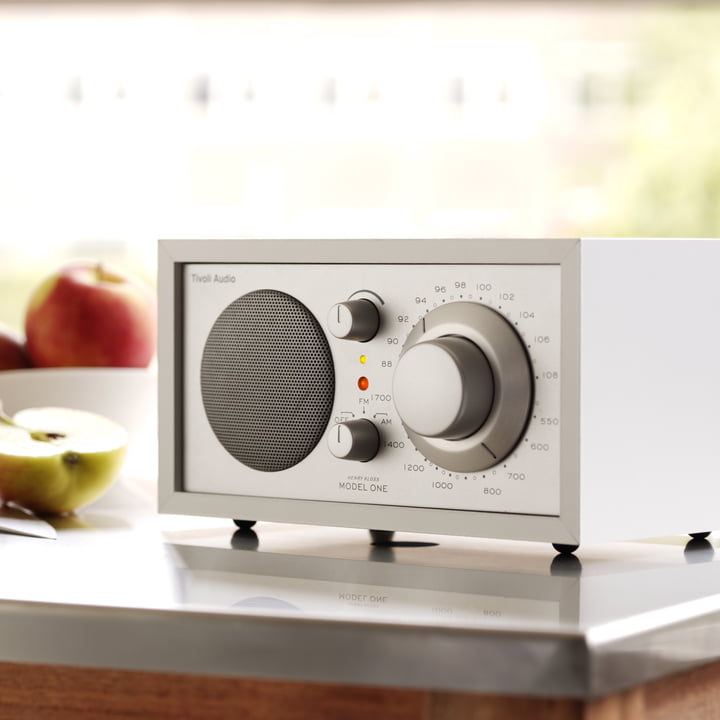 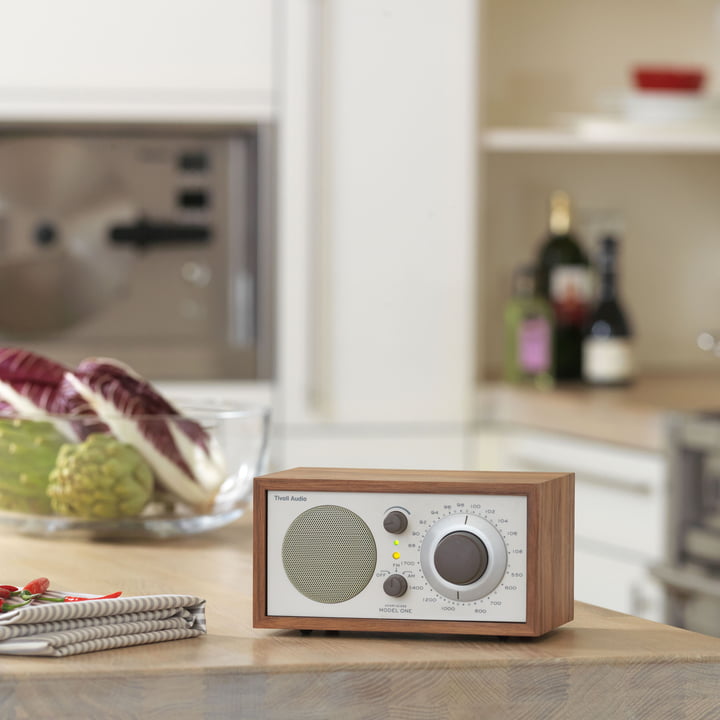 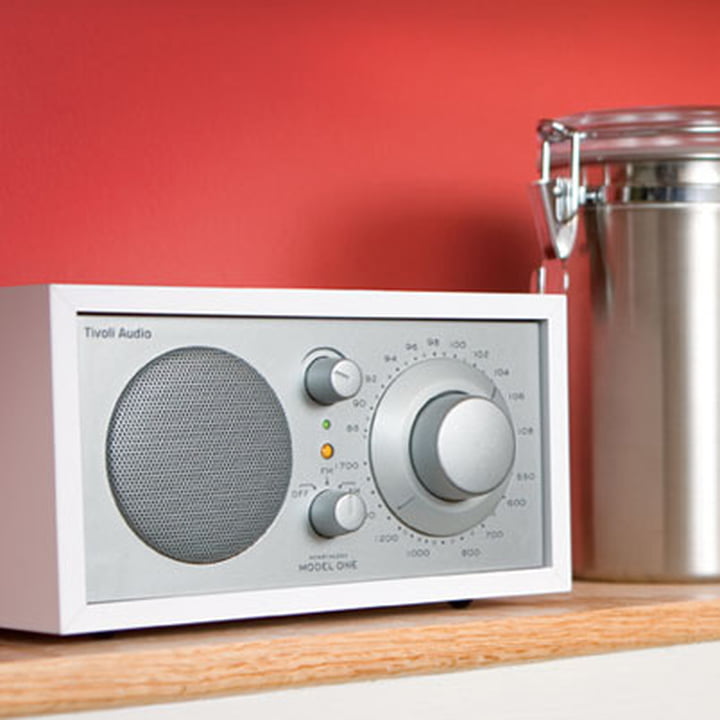 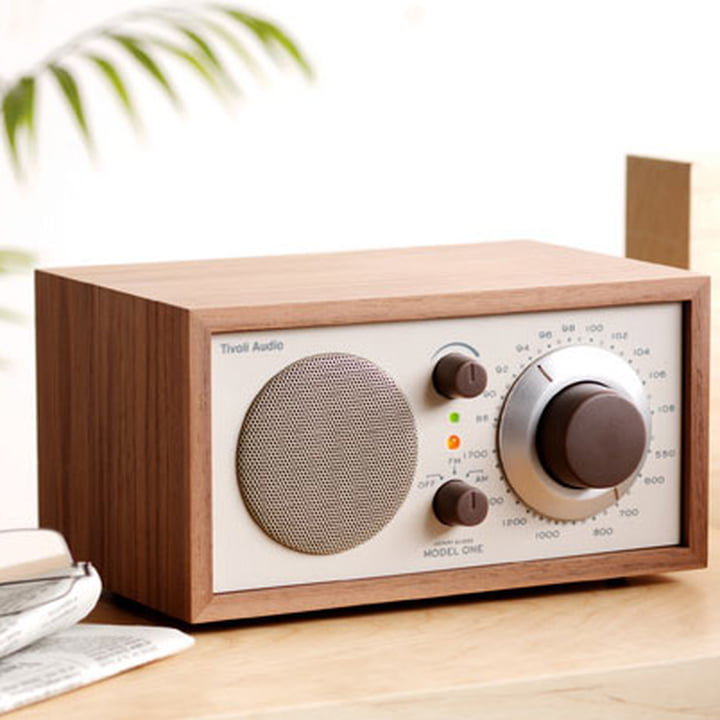 A well-known secret amongst audiophiles: this is an absolute cult product! Model One by Tivoli is praised in trade press for its contemporary technology and pure listening pleasure. Publications in more than 60 magazines and journals as for example Audio, Stereo, FAZ and Rolling Stone come to the same conclusion: finally a radio with unbelievable reception and sound quality that still looks good as well.

An opinion which is also shared by more than 200,000 Americans who have brought the small box into their homes. Because it sounds good and because it has cult status - e.g. in the video clip for ‘Fallin’ by Alicia Keys. The legendary American sound guru Henry Kloss who is also a member of the Audio Hall of Fame, designed the Model One table radio.

His radio KLH Model 8 from the early 60s is famous, in its time it had a similar formative effect on the Americans as Braun’s ‘Snow White’s Coffin’ did for the Germans. The Model One is a mono radio receiver in terms of its technology, but it is one of the finest. Instead of a colourful display, Model One is pleasing: with its large adjustment button achieving 5:1 tuning through its discrete construction and most modern electronic components from the mobile wireless field. This design is a conscious minimisation to the essentials: there’s no need for anything else so you can start listening!

Connections for CD players, headphones and tape outputs provide the connection to the outside world. In addition, the Model One has a 12V connection; this means that it can, for example, be used in caravans or on boats. But it only gets truly amazing once you turn it on and let the sonorous sound of the totally redeveloped radio fill the room. You would never expect that this small thing could sound like this, despite its high quality 3-inch broadband loudspeaker and reflective opening underneath! Henry Kloss put his whole experience into this and said: ‘It took me more than 40 years to develop a new radio!’ And he’s succeeded. Pure function instead of multifunctional frills. More than a cult, already a part of culture.

It’s not a question of whether you need it, but instead how many you need and in which colour. Design: Henry Kloss.