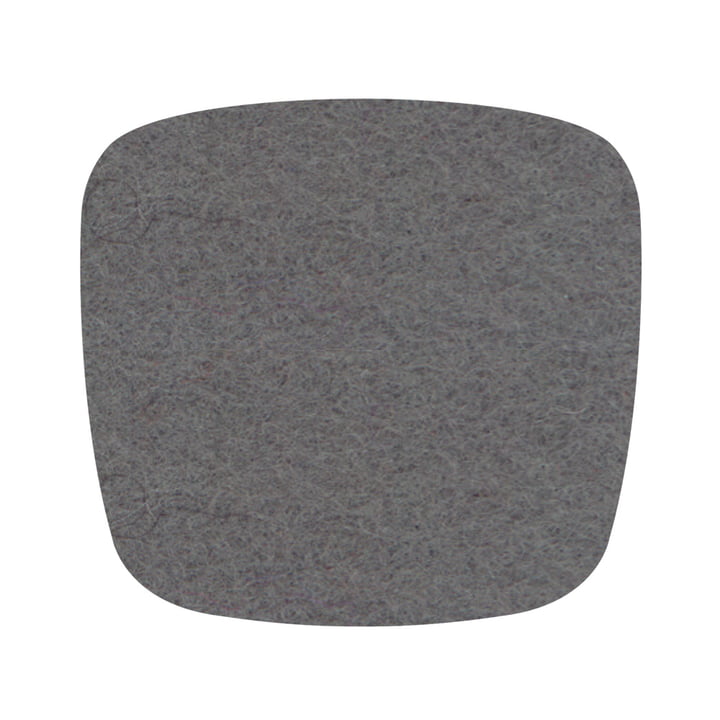 Since 1999, the manufacturer Hey Sign has produced felt innovations "made in Germany." In addition to its own very successful collection, Hey Sign also creates special conditions for design classics by manufacturers such as Vitra and Fritz Hansen. The cushions of the original and unusual material fit perfectly with the silicone of the last century.

It also goes well with the classic armchair Eames by Vitra.

The chair originates from the legendary American design couple Charles and Ray Eames. It was first presented in 1950 at the competition "Low Cost Furniture Design" at the Museum of Modern Art in New York and today is counted among the famous chairs of the world.

The organic shaped seat shell made of plastic was later combined with different frames and has been produced a million times. In their current polypropylene version, the armchairs offer improved seat comfort. This is optimised by the ant-slip-coated felt cushion by Hey Sign.

The production of felt as well as the production of all Hey Sign products is “Made in Germany” and the completion of the products is even “handmade.” The felt material used consists of pure new wool 100% without any chemicals or recycled textiles, which is documented by the known wool seal. Hey Sign is the first and only felt factory whose products have been certified according “the Woolmark Company’s” strict policy.

The felt cushion is also available without the anti-slip-covering, as well as in different colours. Moreover, there are also double cushions available (two sewn together) with and without filling material.