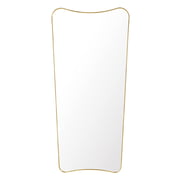 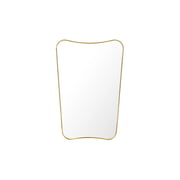 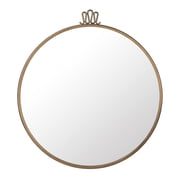 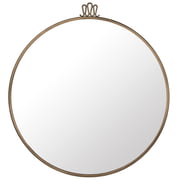 Gio Ponti (1891-1979) designed a whole époque starting from arts handicraft of the 1920s to modern design. Ponti is considered to be the connector of pre-war and post-war design and one of the most important actors of Italian design development.

After graduating in architecture at the renowned Politecnico di Milano in 1921, Gio (whose name is actually Giovanni) started to work for many different companies. As co-founder of the Novecento-Movement in the middle of the 1920s, which questioned the harsh rationalism of that time and which had a sense of what modern elements were to come after the war, Ponti soon became popular.

As first “Universal designer” of Italy, Ponti designed lamps, chairs, dishes, tables and complete houses at a time. Even stages and train waggons he equipped. Soon he knew: ”Beauty is the most stable structure and the most resistant material.”

Ponti founded the legendary Domus magazine in 1928. Originally made to support the visionary Novocento movement, Domus soon developed to become one of the leading architecture and design magazines, which has an excellent reputation in many countries.

Finally in 1932 Ponti founded FontanaArte, a company which still wears the hand-writing of the founder, with a similar legendary reputation. In the 1930s until the end of the second world war, Ponti was mainly into architecture until he noticeably contributed to making Italian design grow becoming what it is today. Thereby Gio Ponti created Symbols for Europe, such as the Pirelli Building of 1956, an elementary symbol for the economic wonder time of Italy.

His heritage is still tangible

It is nearly unnecessary to mention that Gio Ponti was awarded during his grandious career, also that he led many expositions and spread his knowledge by teaching mathematics in Rome and architecture at the Politecnico di Milano. The exact knowledge of mathematical connections is also one of the reasons of the precision with which Ponti works in design and architecture.

Gio Ponti didn’t only emboss the past of Italian design, but he also left a very big legacy. Pontis traces are still everywhere to be found in design, since he didn’t only design, but also participated in numerous publications and contributed to develop cultural and scientific design and architecture.