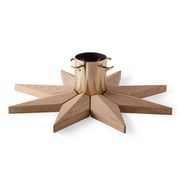 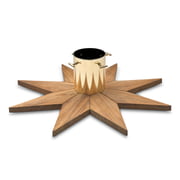 Although nature and culture are his greatest sources of inspiration, he finds inspiration anywhere. Sometimes it is in the subconscious that he finds the answer to new designs. For Jakob Kamper seeks to understand the world via the things with which he surrounds himself.

The inventive designer was born in Fløjstrup, south of Aarhus, Denmark, qualified as a mechanical engineer and later as an industrial designer at the Danish School of Design in 2001. An interest in designing has followed him since childhood, and he has worked with furniture and designs all of his entire career. Among other things, Jakob Kamper worked with and for Hans Thyge for several years before starting up his own design studio, Kamper Form. He is unable to find a material that appeals to him more than wood. And his favourite place is out in nature – preferably somewhere with mountains, trees and water. For Jakob Kamper, design is like music. It has to be composed, and the possibilities are endless. It is a question of catching a simple and tranquil form. A melody that can be played again and again. The future is full of possibilities and unexplored terrain, but he goes to meet it quite certain that no matter what one expects, it will turn out differently.