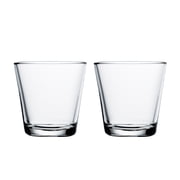 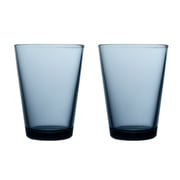 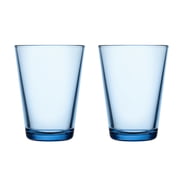 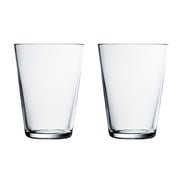 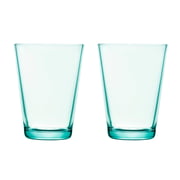 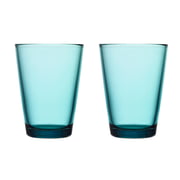 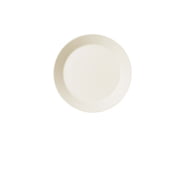 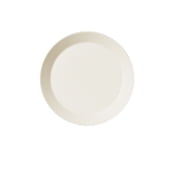 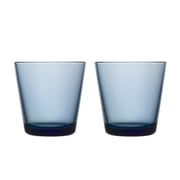 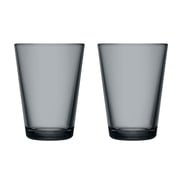 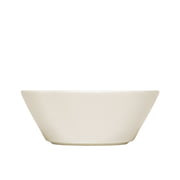 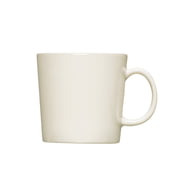 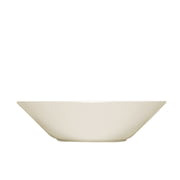 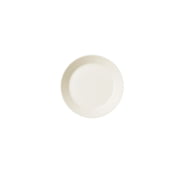 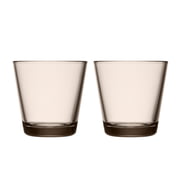 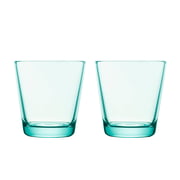 The Finnish designer Kaj Franck is considered the mind of Finnish design. He created objects with clear colours and simple forms, which are multifunctional and offer numerous combinations possibilities. Kaj Franck created numerous classics out of glass and porcelain that are still produced by the Finnish company Iittala today.

Kaj Franck (1911-1989) was born in Vyborg, Finland. After studying arts and crafts he initially worked as illustrator, interior architect and textiles designer, before he made himself a name in the Finnish companies Arabia and Iittala. In 1950 Kaj Franck furthermore became artistic director of the Nuutajärvi glass factory. Franck mainly concentrated on the materials glass and porcelain. Famous glass designers such as Oiva Toikka and Heikki Orvola count to his employees.

Kaj Franck furthermore was manager of the Design School Helsinki from 1960 to 1968, where he reformed the curriculum and the apprenticeship. In 1973 he became arts professor. By his work at the University, Kaj Franck became an influential teacher and his ideals were spread in the design scene. Kaj Franck passed by in 1989.

The idols for his designs, he didn’t find in Scandinavia, but in the ideals of the German Bauhaus. With his simple and practical designs he wanted to be “radical and social” ant establish a new table culture for all people. Franck therewith went against the whole European dining etiquette and against the completeness of dishes assortments that only found utility in a tightly determined frame and every piece was only used for one purpose.

A pretty item was essential, functional, perfect and its existence only would be legitimated by its functionality for Kaj Franck. This motto guided Franck’s mind and his hand, when he created objects that wouldn’t carry unnecessary decoration; objects that are a desired expression of Scandinavian design aesthetics, He renounced unnecessary ornamentation for his designs, so that only the most important parts would be in it.

The dishes series Teema (initially named Kilta, since 1981 Teema) is a perfect example for Kaj Franck’s approach and it is still produced by Iittala. Teema is a kind of “Anti-Service” and still absolutely modern since its creation in 1952. The more than 30 pieces including dishes series is freely combinable and multifunctional usable. Teema didn’t and still doesn’t possess any unnecessary decorations. Kaj Franck chose simple forms and fulfilled them with clear colours.

The different pieces of Teema are independent from their colours freely combinable and they can be used for the most different purposes. All the people have therewith the possibility of complying their own personal dish according to their demands. As well as Teema, the glasses collection Kartio emerged 1958 out of the wish of combining simple forms with clear colours. Teema and Kartio are still manufactured by Iittala.

The designs of Kay Franck have been honored with numerous awards. 1955 he received the Lunning-Prize, 1957 the Compasso d’Oro. Shortly after he passed by, the MoMA in New York exhibited a Kay Franck retrospective in 1992.