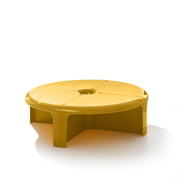 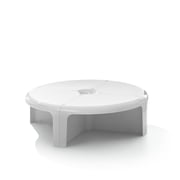 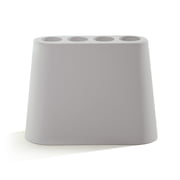 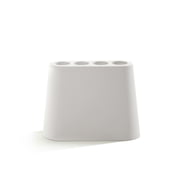 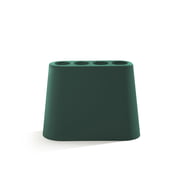 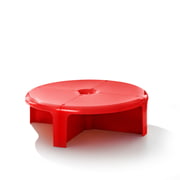 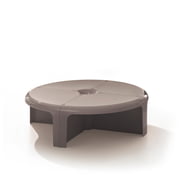 Bonetto Rodolfo (Milan 1929-1991) began working in the area of permanent consumer goods as well as production goods in 1958 with different focuses: From electric devices over purification plants, from cars to music instruments, from radios to instrument equipment in air planes.

“The formed worker”, as V. Gregotti called him, knew how to connect his knowledge about production technologies and materials with the aspects of ergonomics and a correct form-research. He has already been honoured six times with the Compasso d’Oro when he taught for the University for Design in Ulm (1961-1965), for objects such as the alarm clock “Sfericlock” (Veglia Borletti, 1963), the tools-machine with numbered controlling O.C.N. (Olivetti, 1967), the automatic microfilm device (BCM, 1970) as well as the interior design of the 131 Supermirafiori (Fiat, 1978).

He planned the production centre Horizon 2 (Olivetti) up to the poly-functional central Wiz (1981) with N. Matsunaga in the years 1972-75. Rodolfo Bonetto, who also developed the Motor Fire (1984) for Fiat, the public telephone Rotor for the Italian telephone company Sip (1989) and the automatic opening mechanism for Tore Cross 6 (Novotecnia), has also been member of the Italian and international jury as well as president of the design studio Iscid between 1981 and 1983.

Rodolfo Bonetto is the only Italian designer that never realized architecture projects and who has constantly been interested in serial production. After his death, he was honoured with the Compasso d’Oro for his life-work in 1991, which is continued in the Studio Bonetto Design by his son Marco; this one also founded the Bonetto Design Center in Montecarlo as a tribute to his father, a centre that vitalizes ideas and services for new design disciplines.