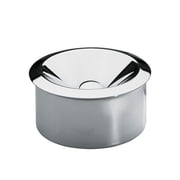 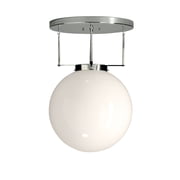 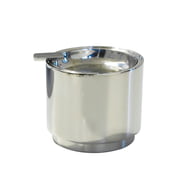 Marianne Brandt was born in Chemnitz in 1893. She especially succeeded as metal designer, but also worked as a sculptor and painter.

After studying at the Grand Ducal Saxon School for Applied Arts in Weimar, Marianne Brandt lived in Norway for a whole with her husband Erik Brandt, before she went to the Bauhaus from 1923 to 1929. At the Bauhaus in Weimar, she visited the class of Albers and Moholy, classes of Klee and Kandinsky and was trained in the metal workshop.

After the move of the Bauhaus to Dessau and a short stance in Paris, Marianne Brandt became the commissary manager of the metal workshop of the Bauhaus 1928/29 – still being a student. In 1929 she graduated in the Bauhaus.

Marianne Brandt was the manager of the design department of a metal factory in Gotha until 1923. She was unemployed until 1948 concentrating on arts in that time. At the end of the war, she worked as teacher at the Applied Arts University in Dresden and she worked for the institute for Industrial Design in Berlin from 1951 to 1954. Marianne Brandt went back to Chemnitz in 1954 and worked as free artist there. She passed by in 1983 in Kirchberg/Saxony.

Marianne Brandt was considered one of the greatest talents of the metal workshop of the Bauhaus. Many of her famous designs emerged in her time as student: among them lamps, ashtrays and teapots that are exposed in the Museum of Modern Art in New York today, and partly still produced.