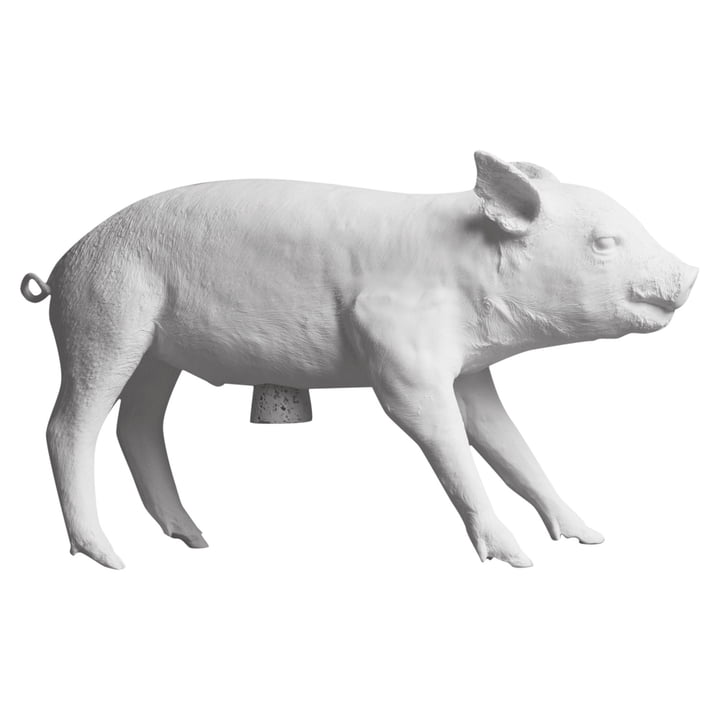 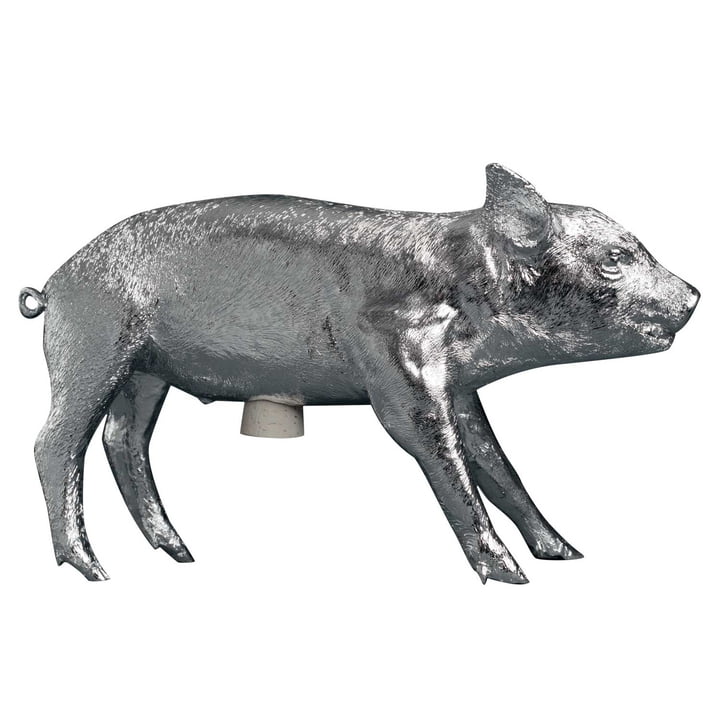 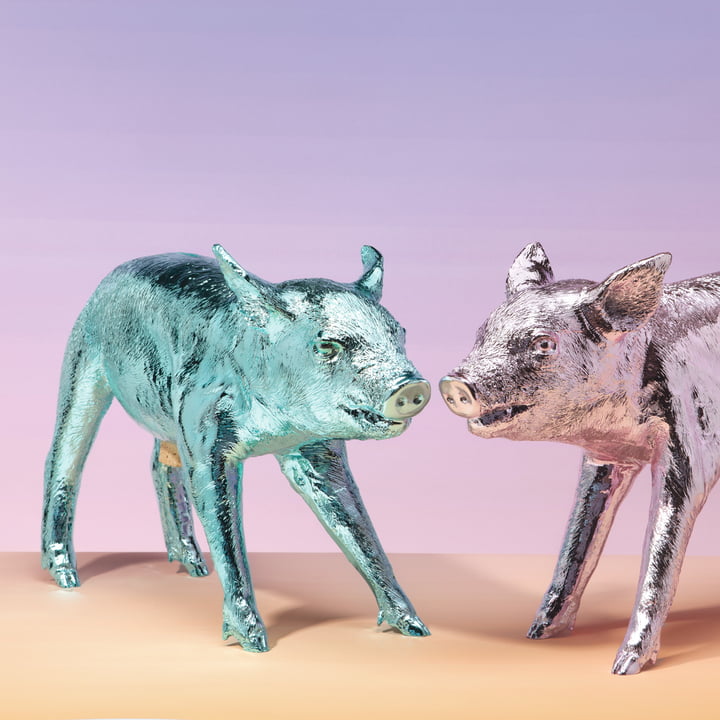 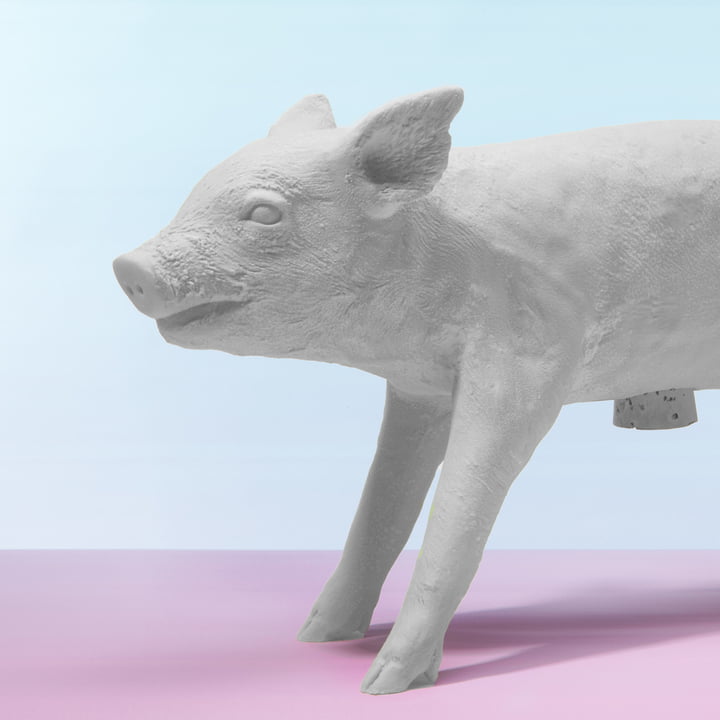 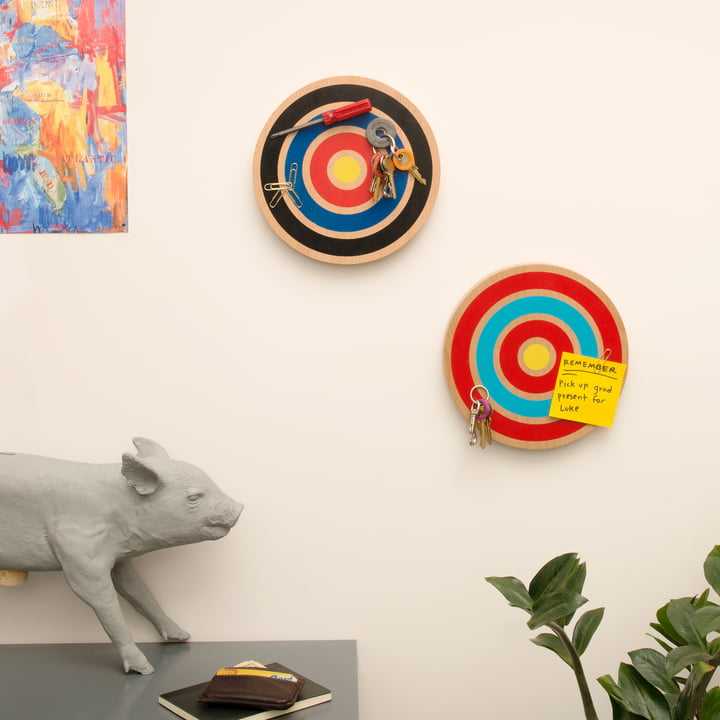 Harry Allen is known for his designs, which quite often house imprints of objects borrowed from the environment. Whether a bowl composed of peanuts like the Peanut Bowl or the Brush Vase, which consists of brushes of different sizes - Harry Allen knows how to create artful objects with a new function out of everyday things.

Generous dimensions made of synthetic resin and marble

The Areaware Pig Bank measures 46 cm in length and 25 cm in height and immediately catches the eye. This is Pig Bank not only an unusual design object for the home, but also an alternative to the ordinary piggy bank that might even make you think. According to Areaware , the life-size piggy bank can hold $10,000 in dollar bills.

The Harry Allen piggy bank is made of resin and marble and has a cork stopper in the belly through which it can be emptied when needed. Pig Bank Is offered by Areaware in different color variations.