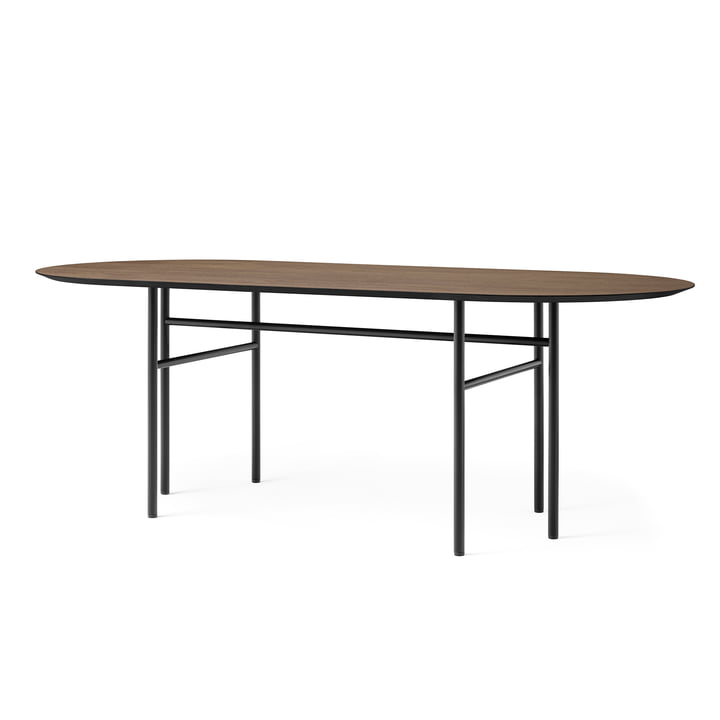 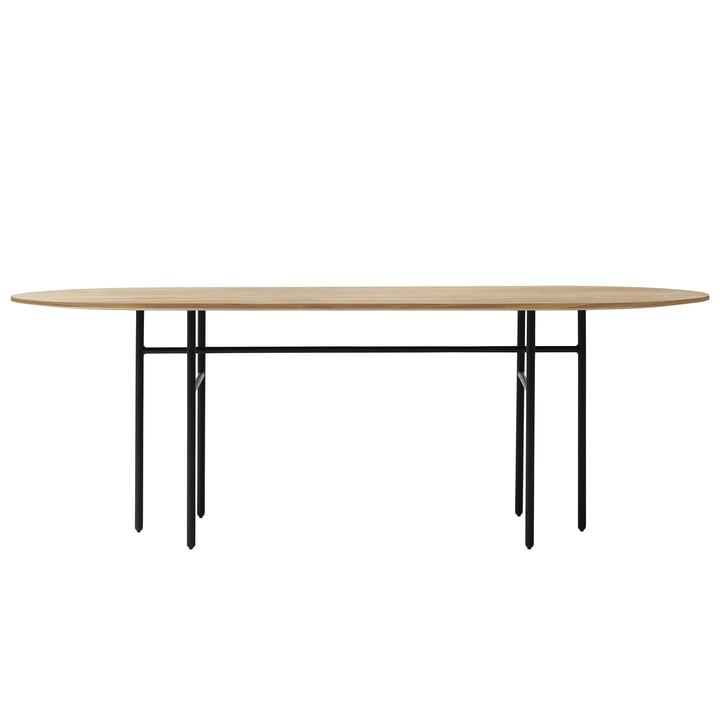 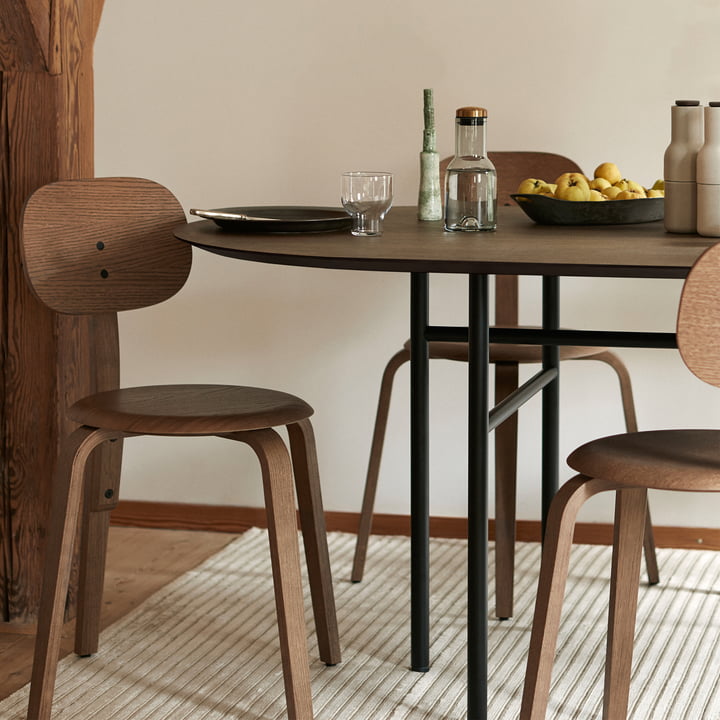 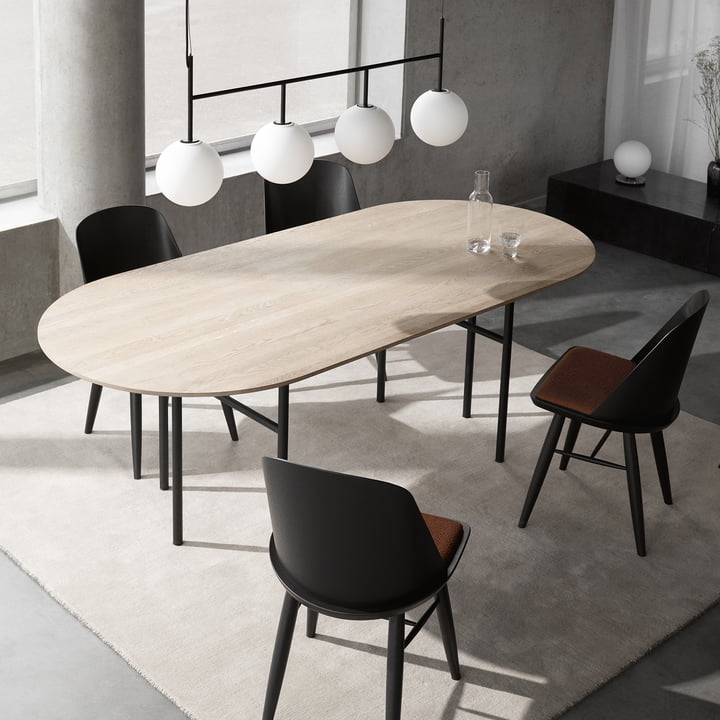 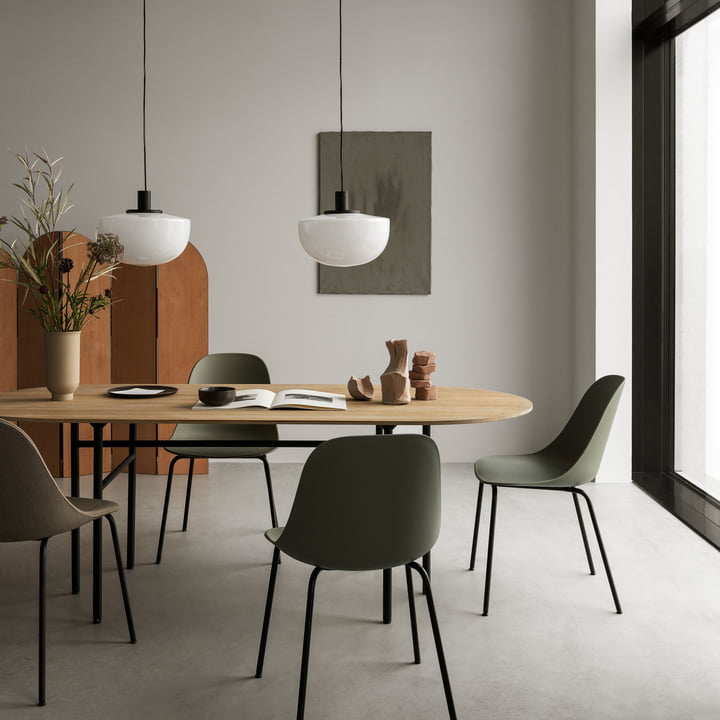 The Menu Snaregade Table is suitable as a generous dining table or as a work table in the office or conference table in the studio. The table inspires with a filigree and graphic design, which is mainly characterized by the powder-coated base.
And where does the unusual name of the table come from? Snaregade is the name of the street in Copenhagen where Kasper Rønn and Jonas Bjerre-Poulsen from Norm Architects - the designers of the table - have their studio.

Square, round or oval

In various sizes and shapes, the discreet design table with a stained oak veneer and a powder-coated base is also available as a round or rectangular version.

The genesis of the Menu Snaregade Table is quite unusual: Originally Norm Architects designed a table especially for Bjarne Hansen, the creative director and founder of Menu . The table was intended for Bjarne's living room. Meanwhile, the two designers also made some tables for their own studio. All three have since used these tables, but for now it remained with the prototypes.

After the tables have been tested and used by Menu s founder and the designers of Norm for years, they decided that everyone should be able to enjoy the unusual tables.