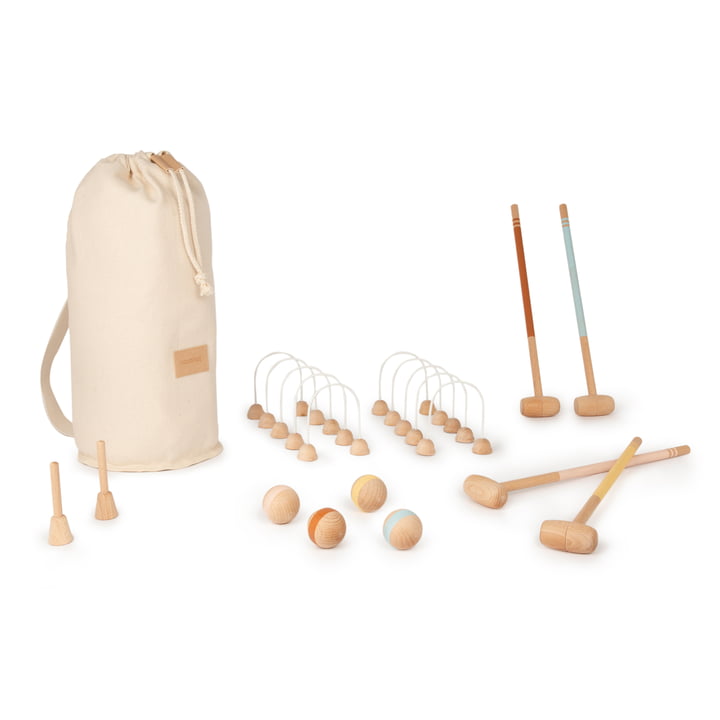 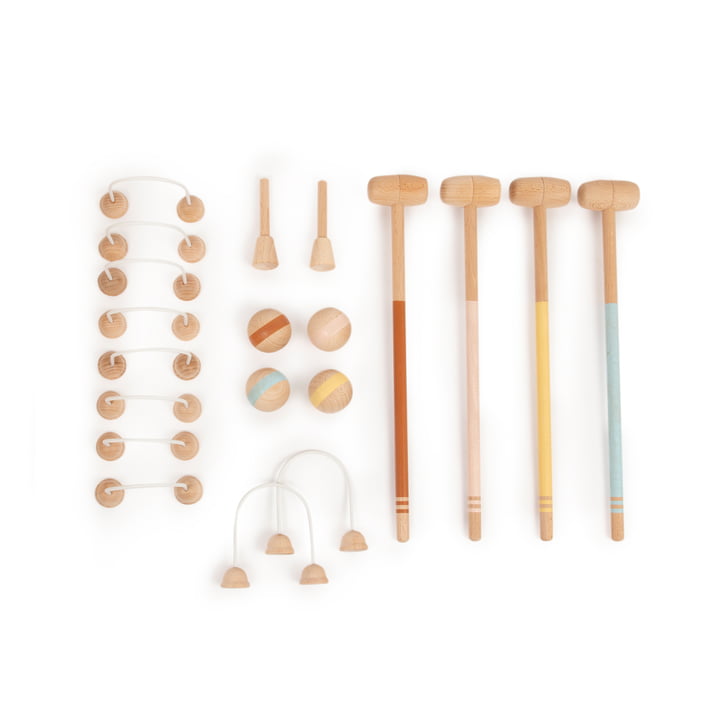 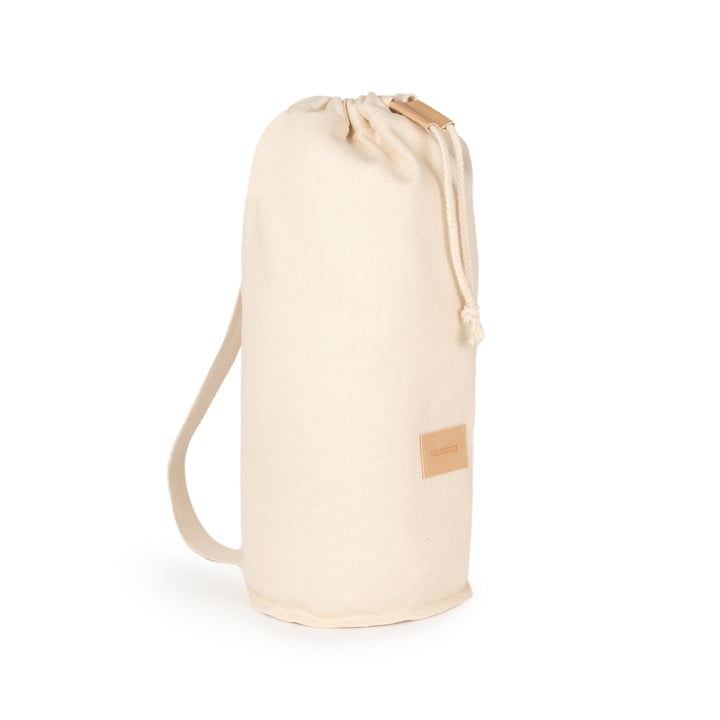 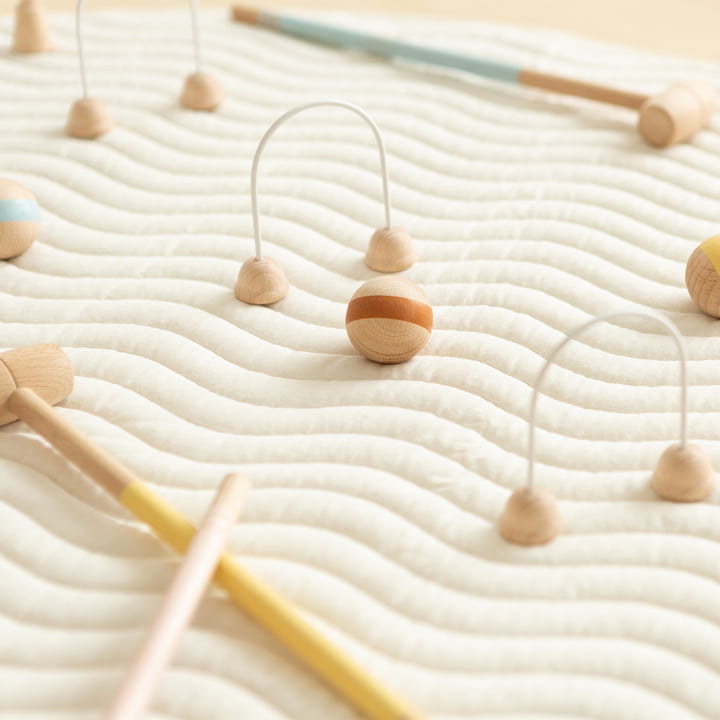 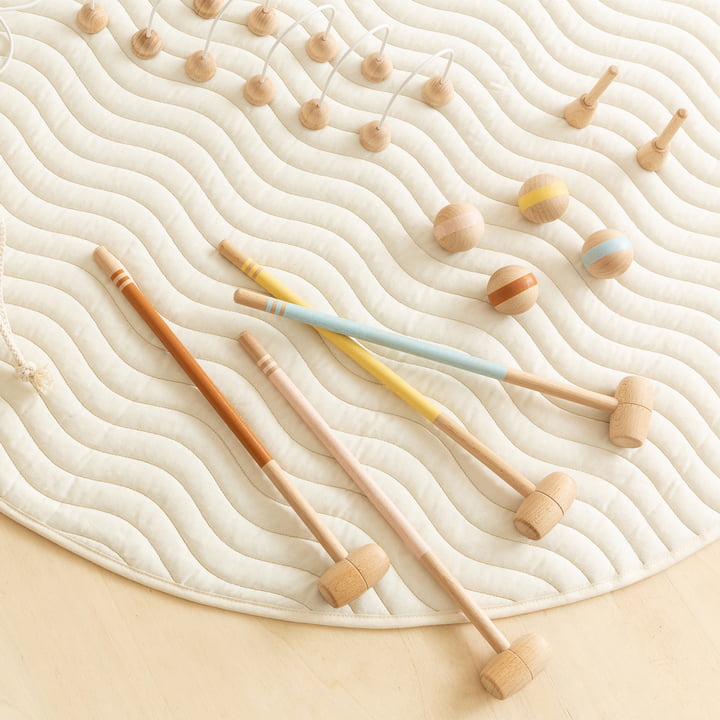 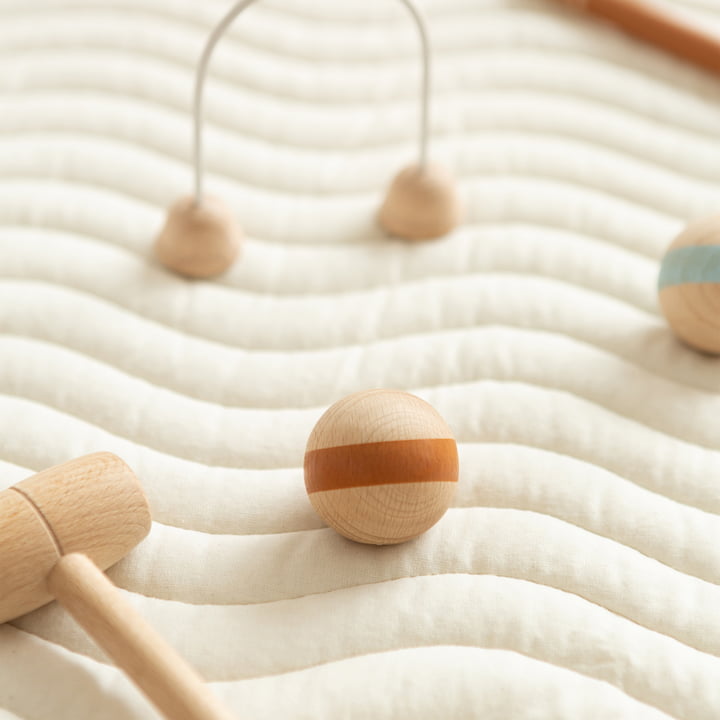 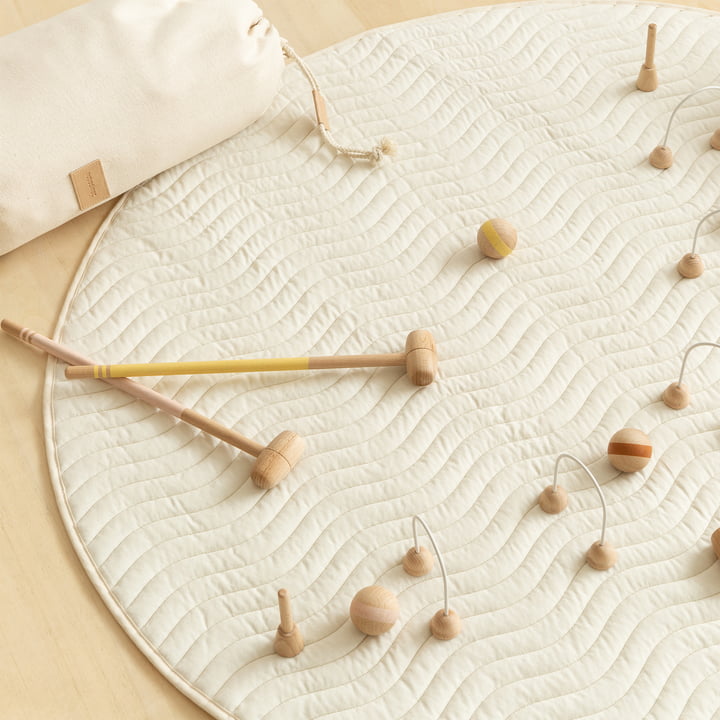 With the wooden croquet set, Nobodinoz picks up on a historic game that has its roots in the French 1 8. Century and has been a special part of culture ever since. In 1930 the first mini croquet appeared, whose model is taken up today by Nobodinoz and provided with modern trend colors.

Whether indoors or outdoors, croquet is the best game to play at any time, both on your own and in a team.
From the size of the mallets to the colours of the balls, the entire game is designed to be extremely child-friendly. Equipped with a small bag made of 100% cotton, the croquet set can be easily carried around.

The croquet set is made in France by the faithful craftsmen from the highest quality hornbeam and beech wood.