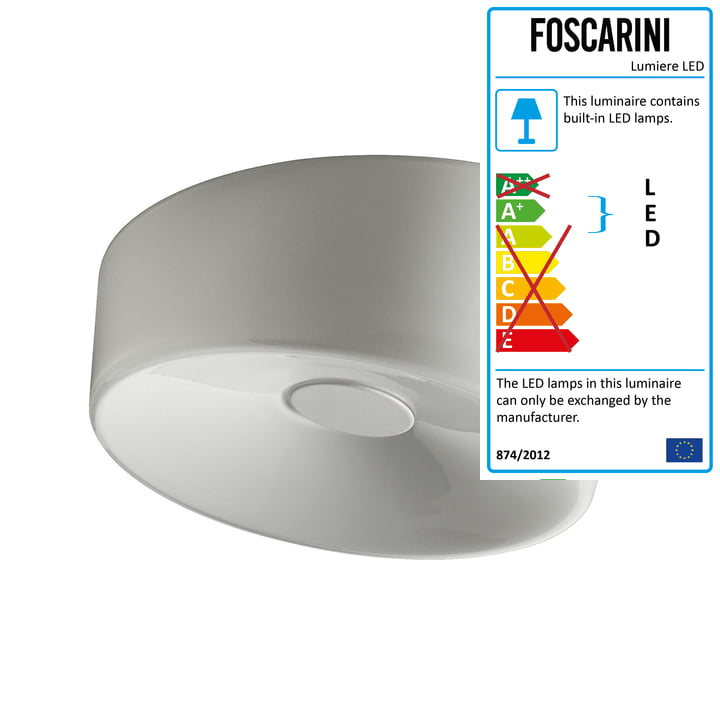 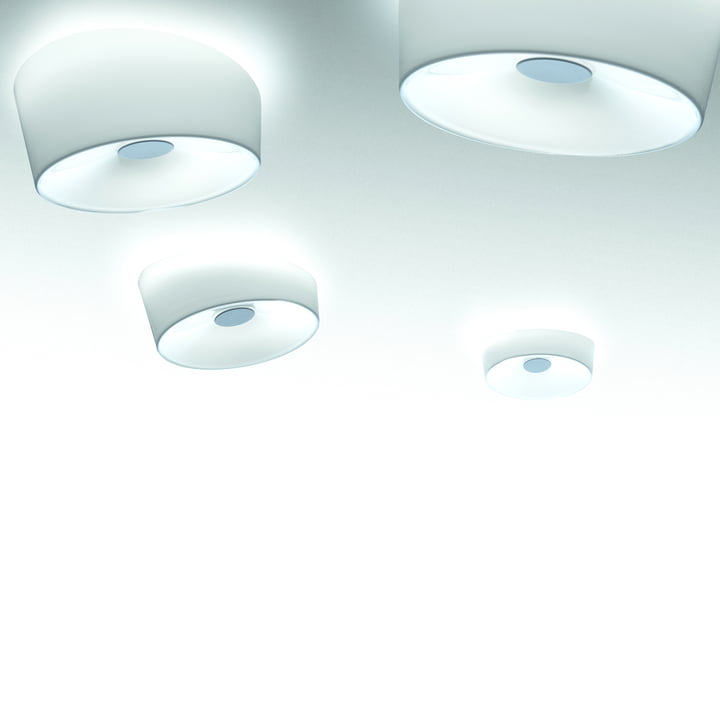 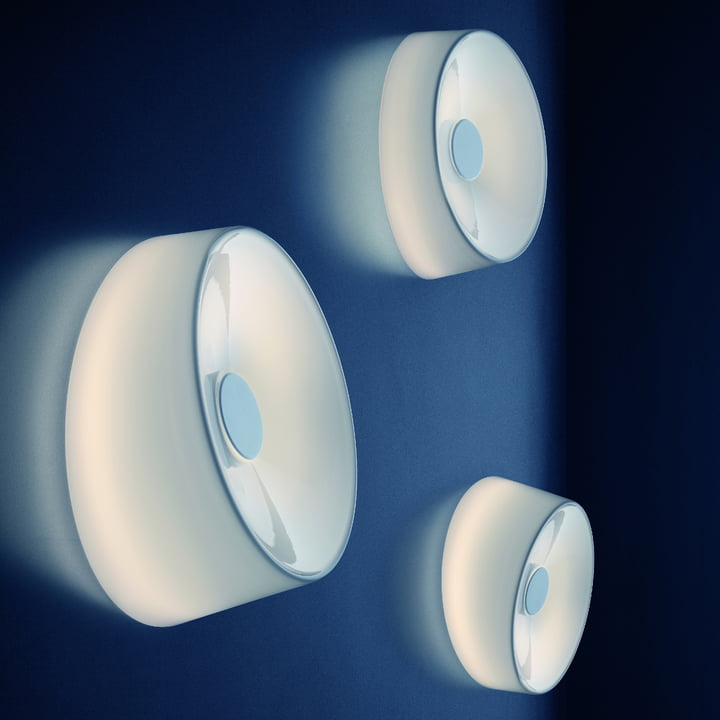 The wall and ceiling luminaire of the luminaire series Lumiere from Foscarini is characterised by its simple forms. With its dynamics it knows how to fill the room. With revised technology, the luminaire is now also available with a long-lasting LED bulb that emits a warm and even light.

This dynamic luminaire design is conveyed by the striking lines and orientation of the upper surface of the Lumiere diffuser. Due to a cut that divides the glass in an original and surprising way, this rests at an angle to the supporting surface, conveying an unusual look.

By using several luminaires or simply by aligning the glass lampshade, it is possible to create lively ensembles and compositions that are nevertheless formally balanced. In general, the luminaire Lumiere luminaire is characterised by a semi-diffuse and indirect light.

The elegant simplicity of the Lumiere wall and ceiling luminaire adapts to a wide variety of rooms. Whether as ceiling lighting in the hallway, kitchen or bathroom, the luminaire Lumiere luminaire in different sizes can be used in many different ways.