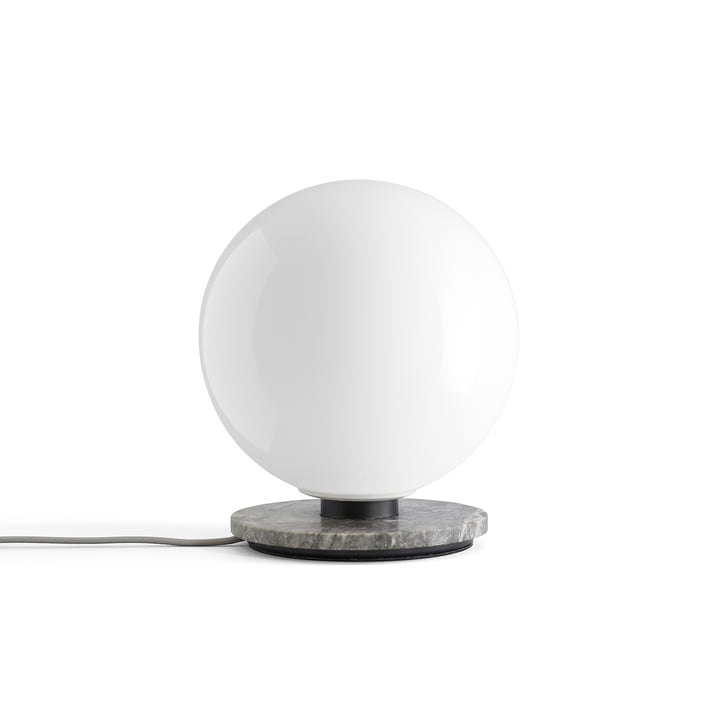 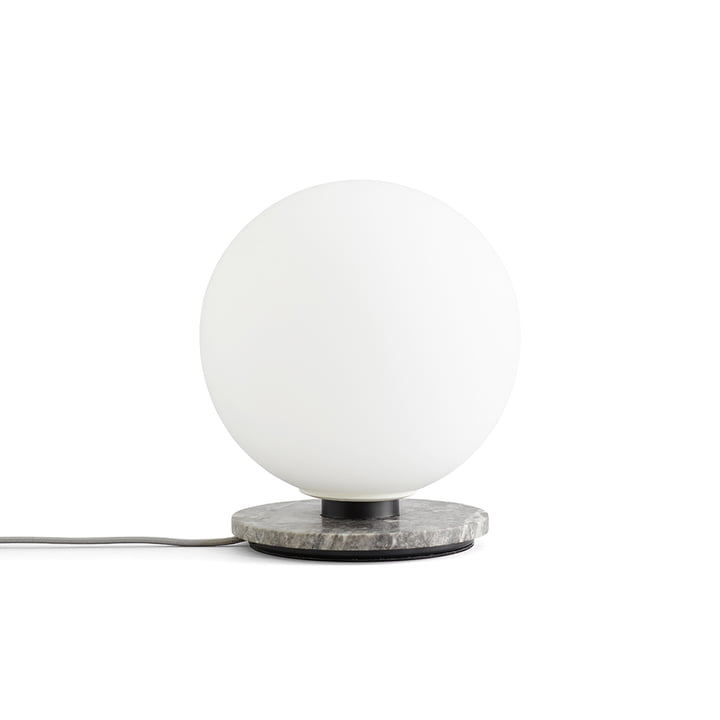 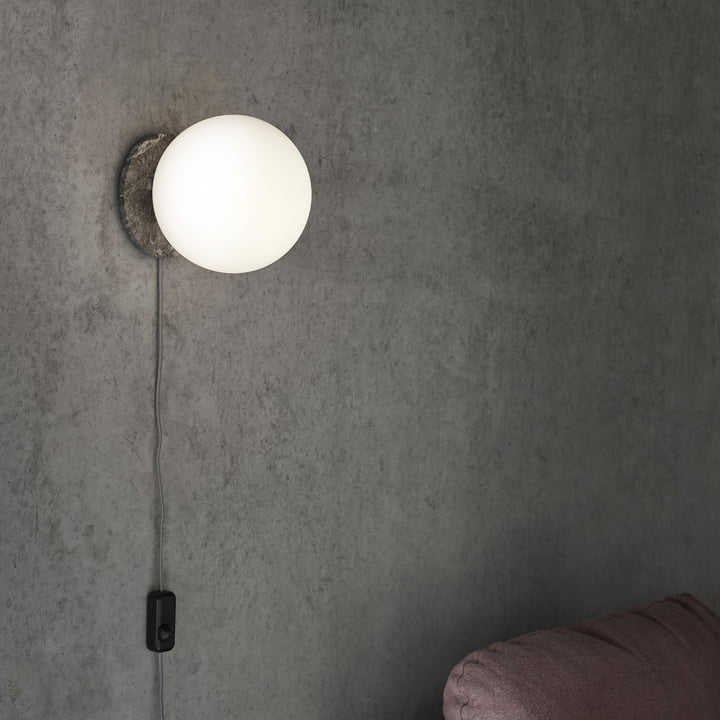 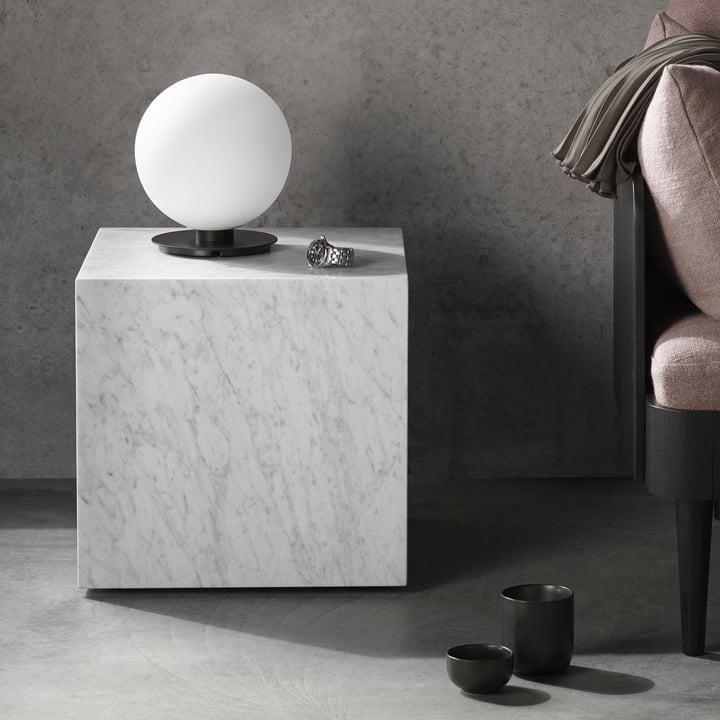 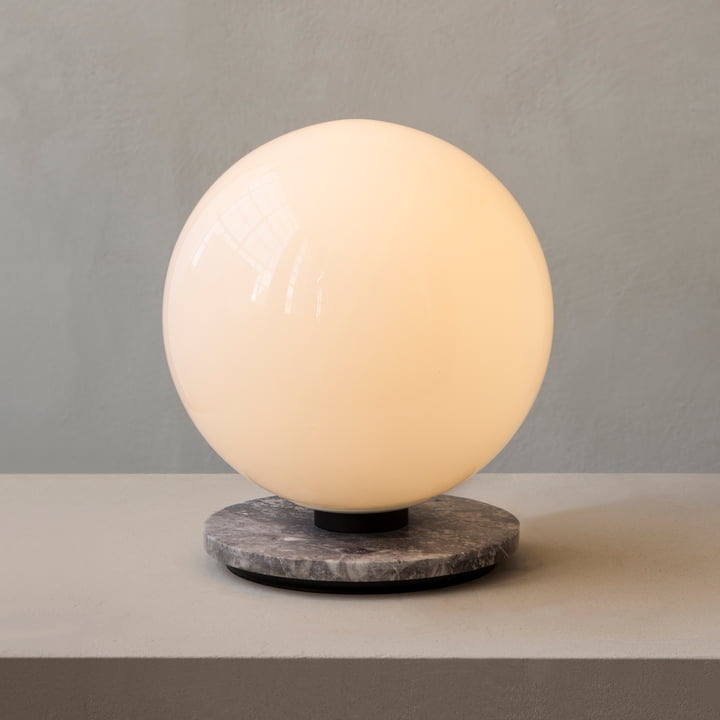 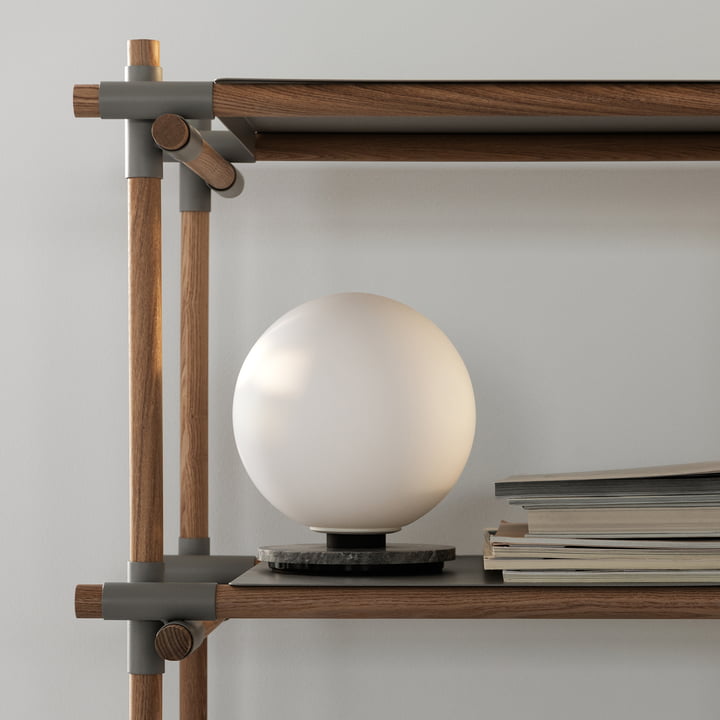 Table and wall lamp with marble base

The TR table and wall lamp is a design for Menu by the London designer Tim Rundle, who has taken the fast pace and desired flexibility of today's world into account in his work. He therefore developed a luminaire that can be screwed into almost any socket - no matter where it is located - and thus meets today's technical requirements.

The design of the luminaire is characterised by a round opal glass ball in which a socket conceals the actual LED light source. Thanks to an aluminium core that dissipates the heat from the LEDs, a particularly long service life is promised. Due to its nature, the luminaire blends in perfectly with urban life and can easily cope with any move or change.

In keeping with the reduced design of the luminaire, the base is also characterised by restraint and minimalism. Made of marble, it forms a harmonious contrast to the soft glass ball and at the same time sets elegant accents. The TR luminaire can be used as a classic table luminaire by emitting soft light when placed on the sideboard or bedside table, but it can also be used as a wall luminaire to create an inviting atmosphere in the hallway, for example.