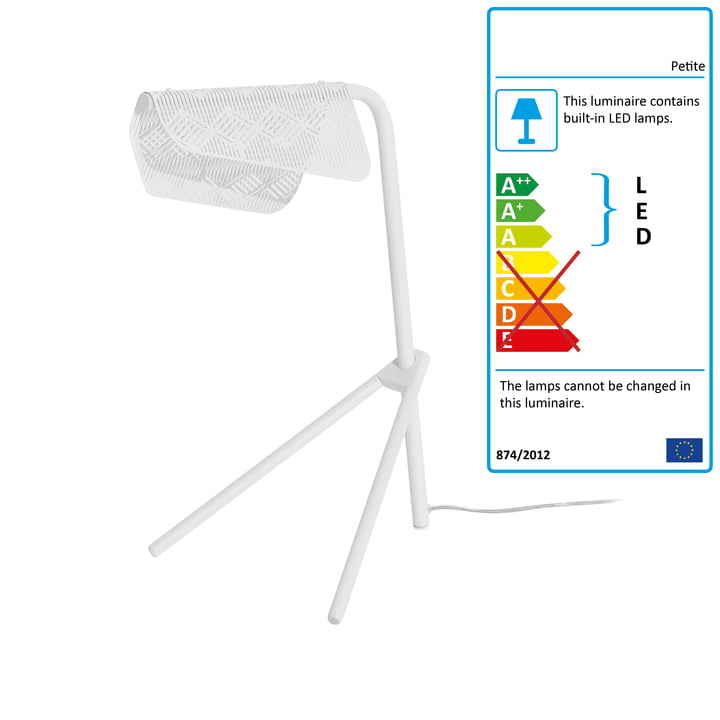 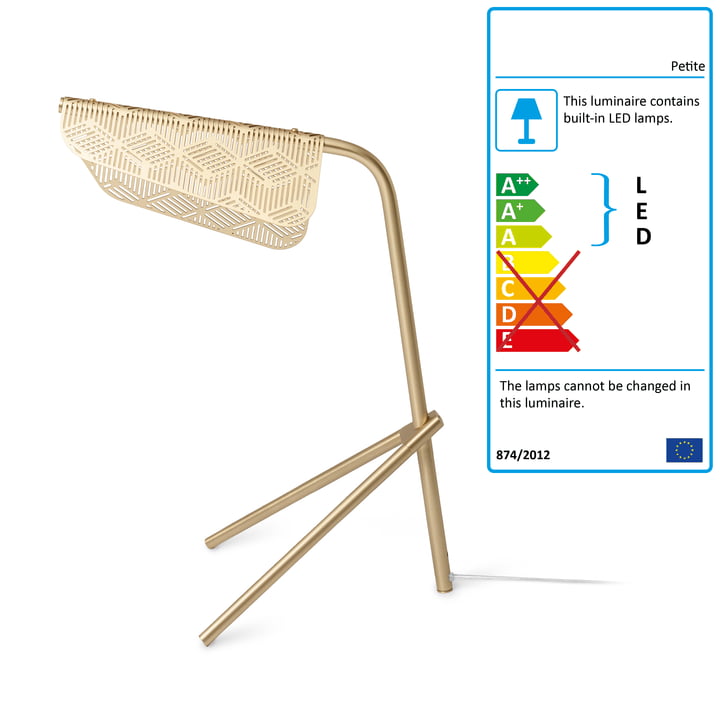 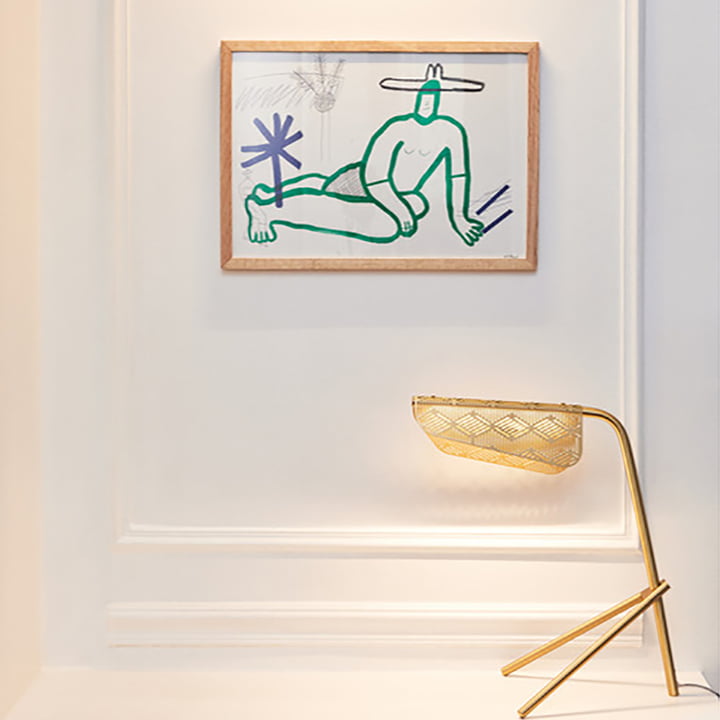 The Mediterranea LED table lamp by Petite Friture is a design by the designer Noé Duchaufour-Lawrance. His design was inspired by hanging laundry on balconies, as is often the case in Mediterranean countries. The result is a luminaire series characterised by lightness and a filigree style.

The fine metal mesh of the shade is perforated with a geometric pattern, so that when the light is switched on an interesting interplay of light and shadow is created on the wall. The umbrella rests on a three-legged brass frame, which appears airy and light and adds a straight-line component to the overall appearance.

The table lamp is made of brass and therefore sets shiny accents. Lacquered in black or white, the luminaire has a timeless look. Placed on the desk as reading light or on the sideboard as background lighting, it provides a real eye-catcher and soft light.

The Mediterranea is also available as a wall, floor or pendant luminaire.