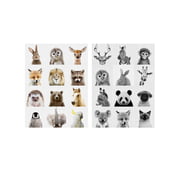 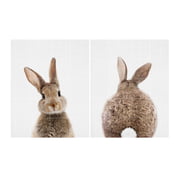 Is there anything better than decorating your son’s or daughter’s nursery? With the IXXI children collection, the wall decoration is now a child's play.

In addition to the Disney and Star Wars collections, IXXI has launched a children's series, which will appeal to both boys and girls. The series includes Dino motifs, pictures of toys and playful illustrations, which can be put together like a decorative collage, depending on your mood. The IXXI wall decoration does not only look great, but it’s also practical. For example, children can learn the alphabet or measure themselves on the Miffy growth chart thanks to the IXXI cards.

The little rabbit Miffy is a storybook character, designed by the Dutchman Dick Bruna in 1955. Today, the minimalist figure is known to both young and old, and her stories have been read out for decades before going to sleep. The rabbit Miffy, her dog Schnuffi and her family and friends now appear on the children's room wall for different learning purposes thanks to IXXI.