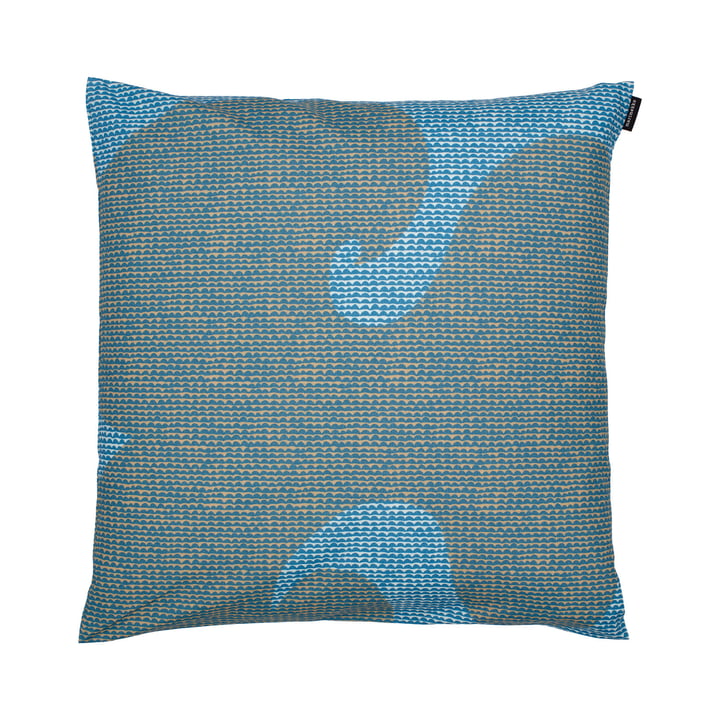 This incomparable Jokeri Papajo pattern combination from Marimekko enchants at first sight. The pillowcase is made of 100% cotton and has a concealed zipper on the side. The covers are sewn across the entire width of the fabric, so their appearance may vary slightly from the product image. Each piece is unique.

The non-representational Jokeri (Joker) dates from the time when the influences of contemporary youth culture were perhaps most strongly felt in Annika Rimala's rhythmic patterns.

During her trip to Mexico in 1964, Annika Rimala was inspired by the Mayan civilization. Carvings in Mayan temples gave her the idea for the pattern Papajo (Papaya).