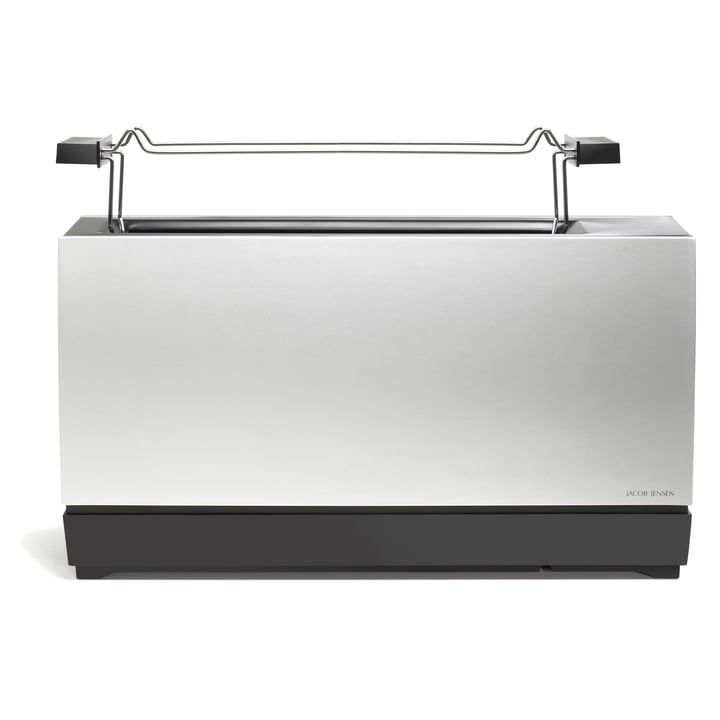 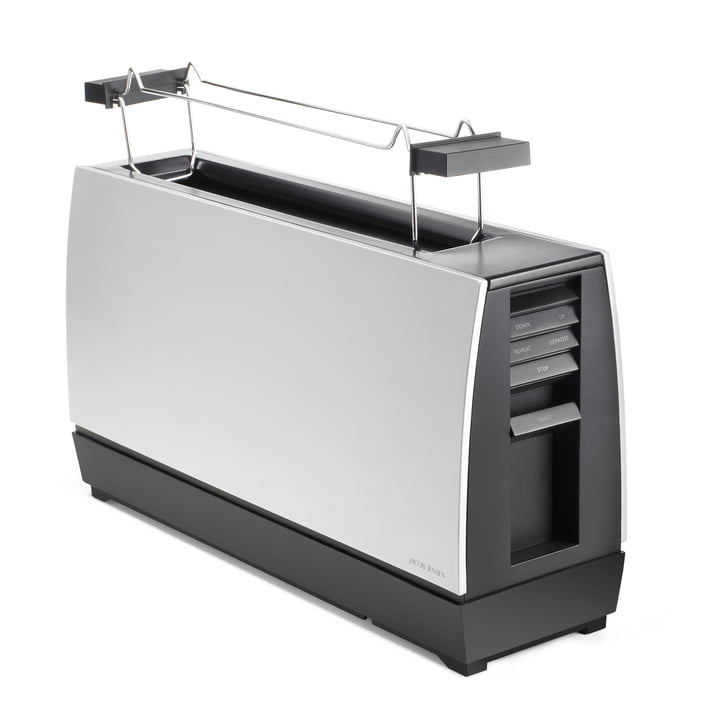 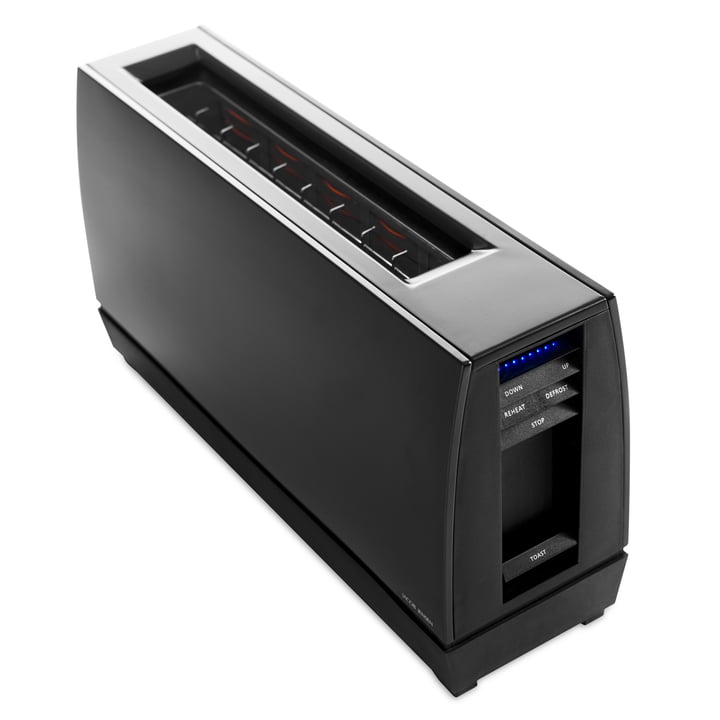 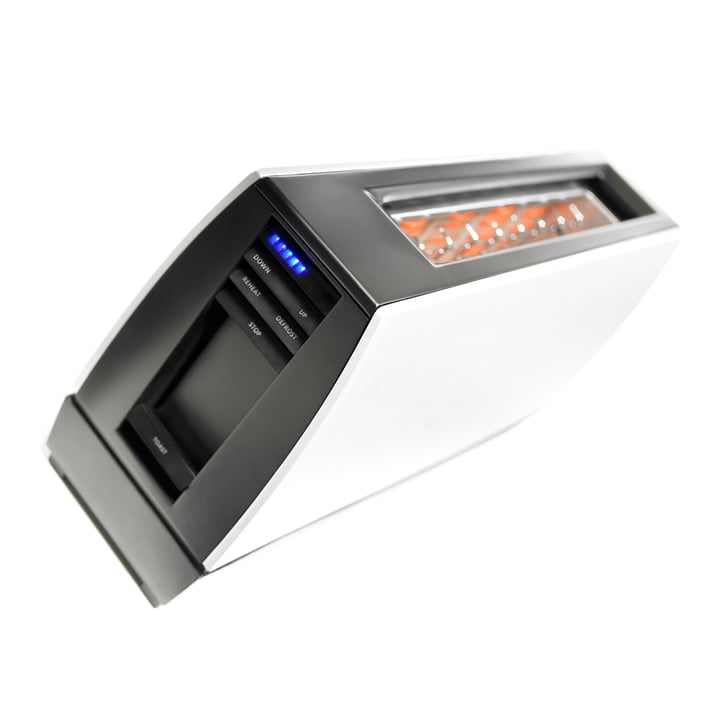 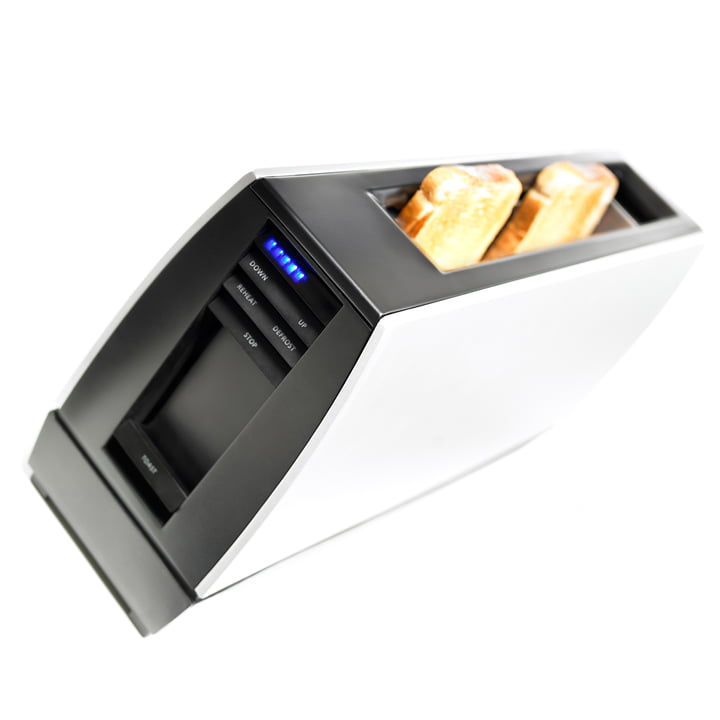 Breakfast with Jacob Jensen: A taste for toast…

Timeless design – innovative technology
This ultra-modern electric device in a brushed stainless steel finish unifies simplicity with high user friendliness. The indicator with its blue LED lights appears futuristic which displays the toasting levels as well as the defrost and warming functions.

Up to nine blue LEDs light up, depending on the settings. A special highlight: just like a countdown, as many lights are displayed at the end as the toasting level previously selected.

One LED light lights up after the next after starting until the toasting is finished. There are a total of nine toasting levels available.

A memory function for the toasting level can be set as desired, making the toaster easy to use. The helpful functions are not only easy to use but also adapt to the user. Already toasted bread rolls can be warmed up again or frozen bread rolls crisped with the practical defrost and warming functions. The One Slot Toaster II has room for two single slices of toast next to each other and has a removable bread roll warmer. The crumb tray can be pulled out for easy cleaning.