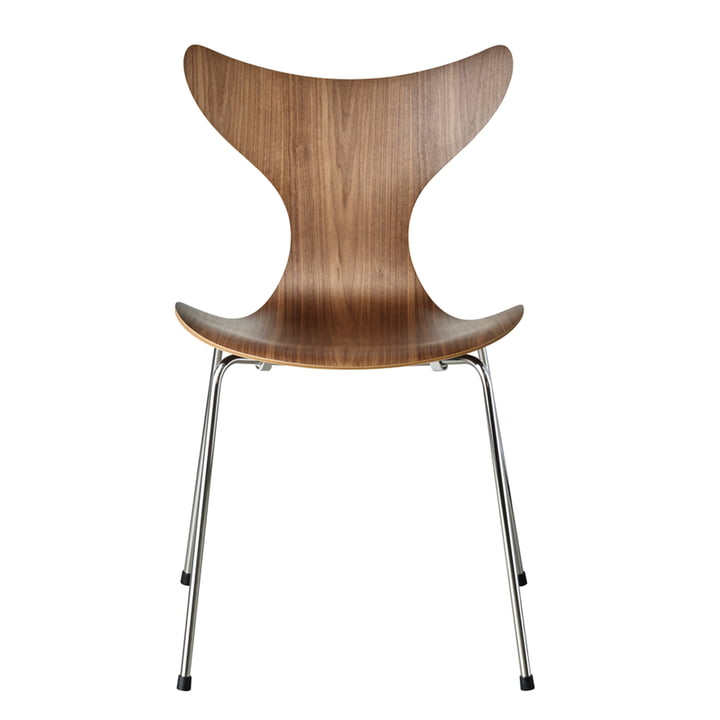 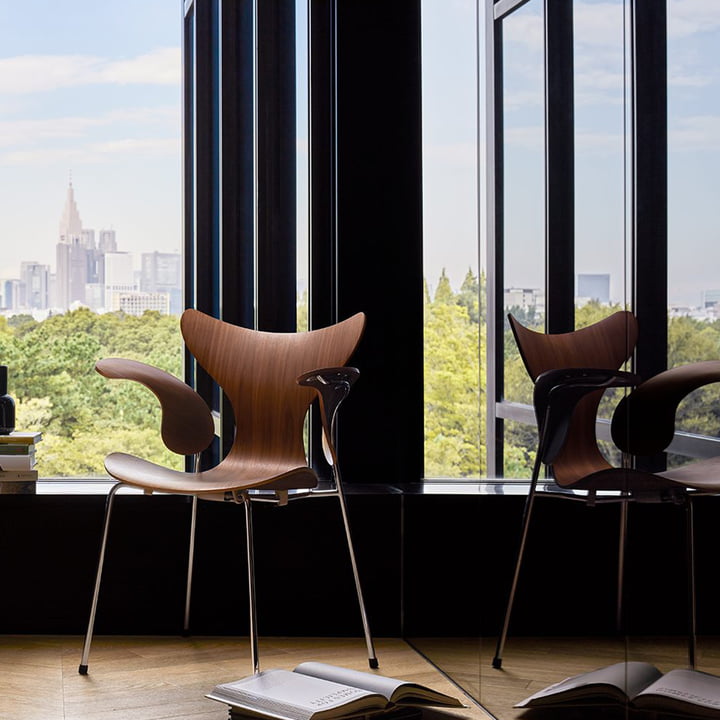 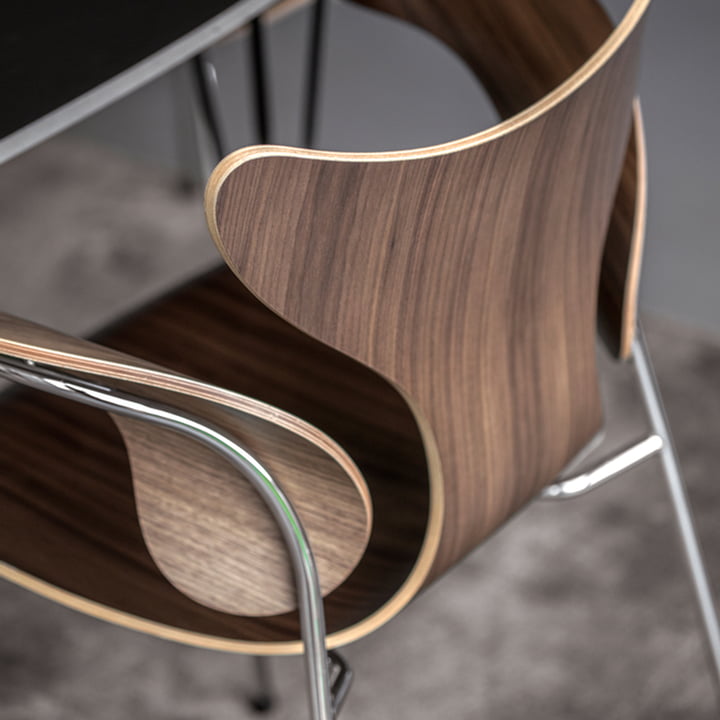 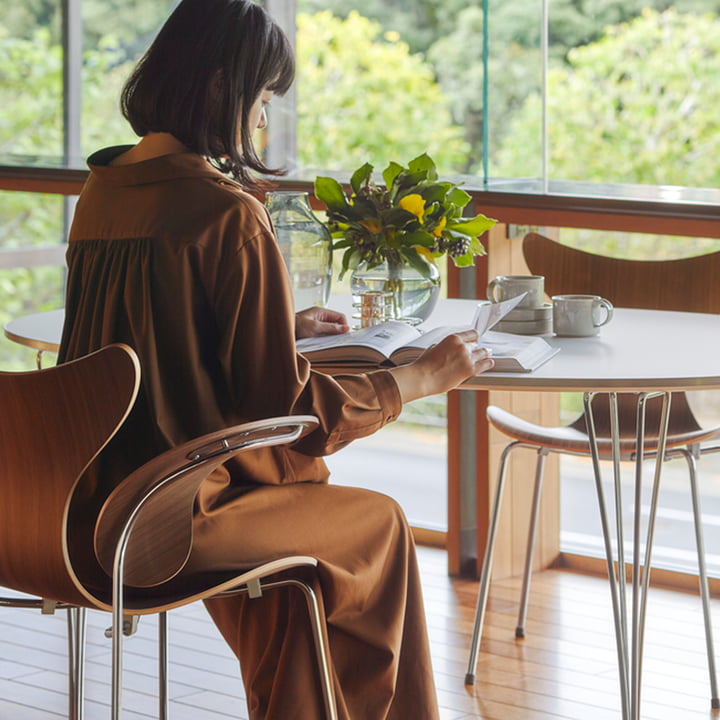 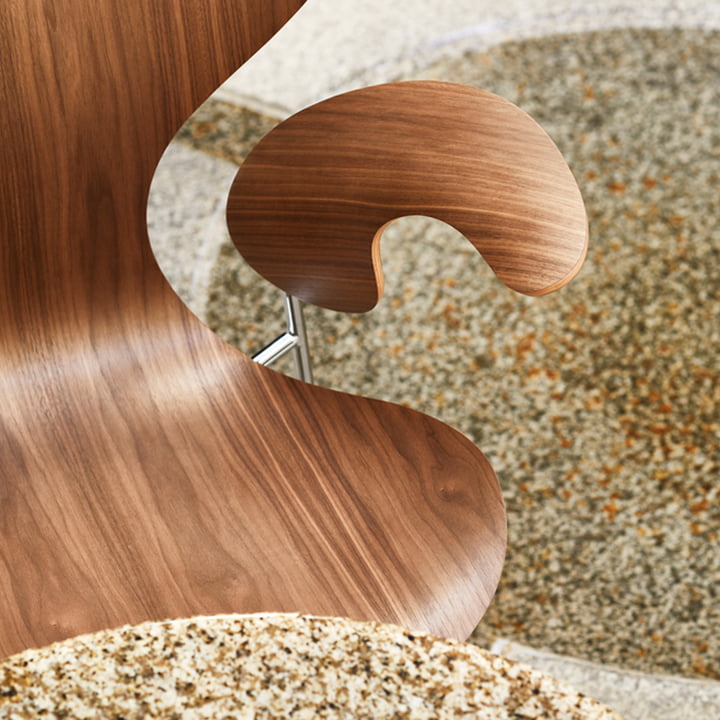 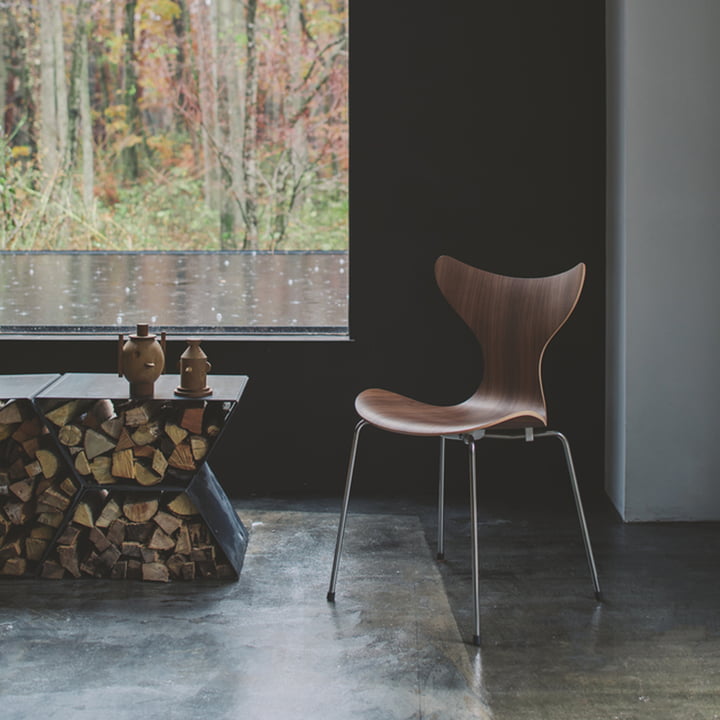 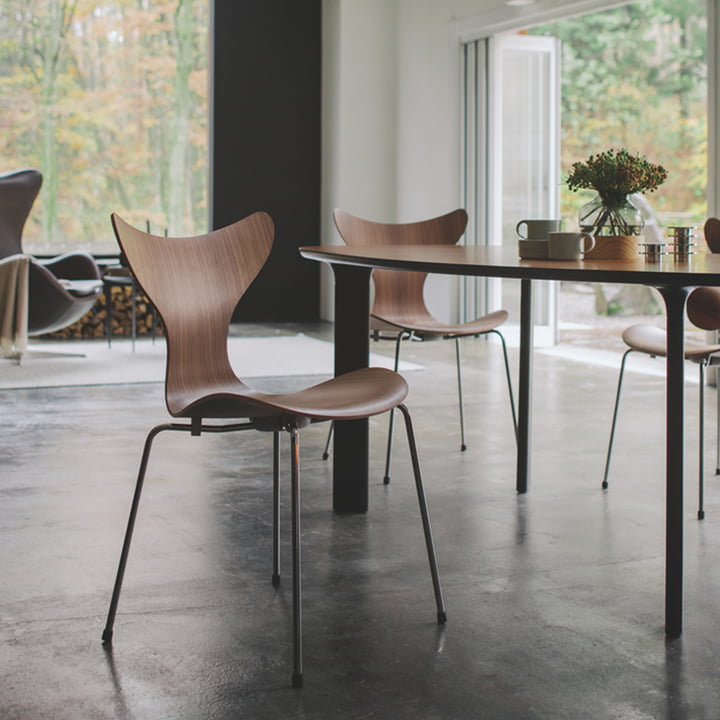 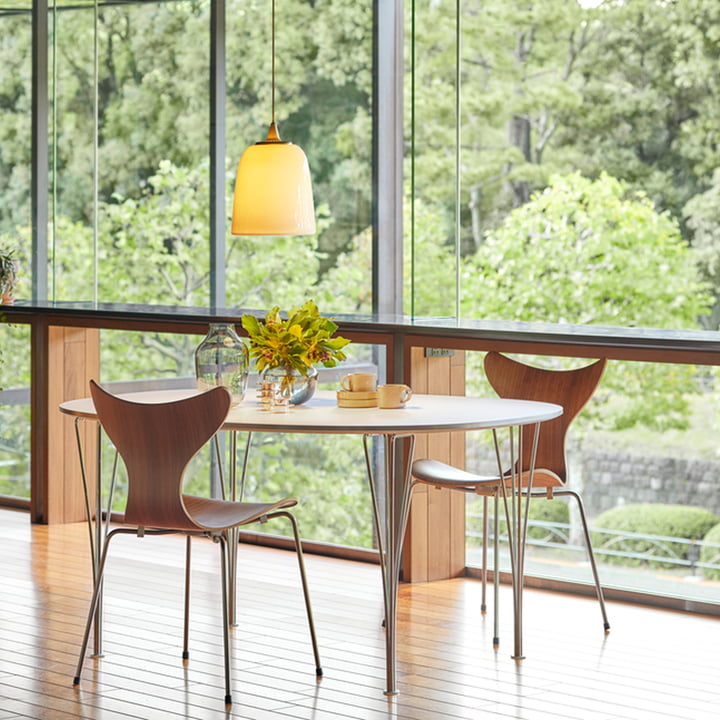 The Lilie anniversary chair by Fritz Hansen was designed by the Danish designer Arne Jacobsen and convinces with its flowing shape and unique look. Whether in the dining room, in the office or as an element in a row of seats, the Lilie anniversary chair stylishly enhances any environment.
The smooth, rounded seat adapts to every body shape and ensures maximum comfort.

The chair is made of laminated knife veneer layers, which are molded in a complicated process to ensure the curves and the exceptional comfort of the chair. Each anniversary chair is provided with a special emblem, which is attached under the chair.

The Lilie anniversary chair was originally designed for the Danish National Bank in 1968. The version witharmrests was launched on the Danish furniture fair in 1970. On the occasion of Lilie 's 50th anniversary, Arne Jacobsen's last chair design, Fritz Hansen now releasing the original version in walnut veneer.