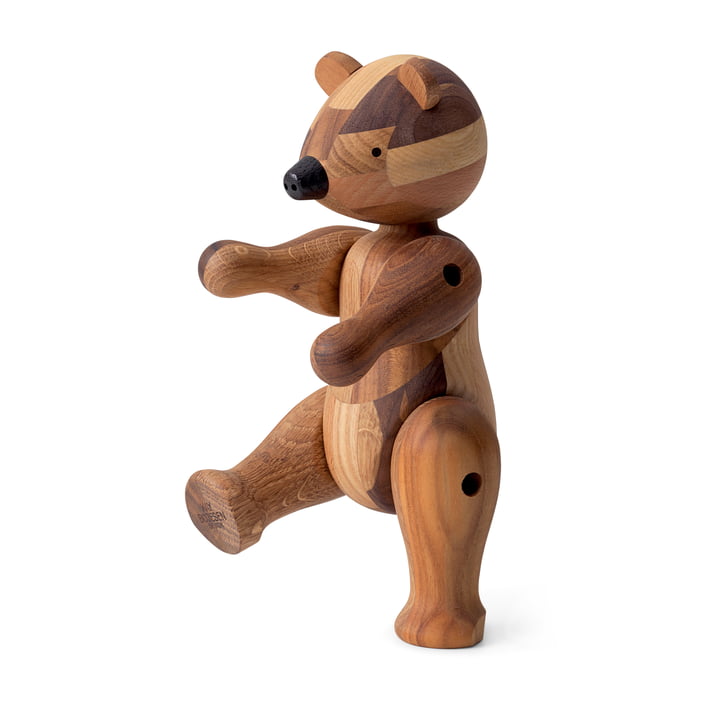 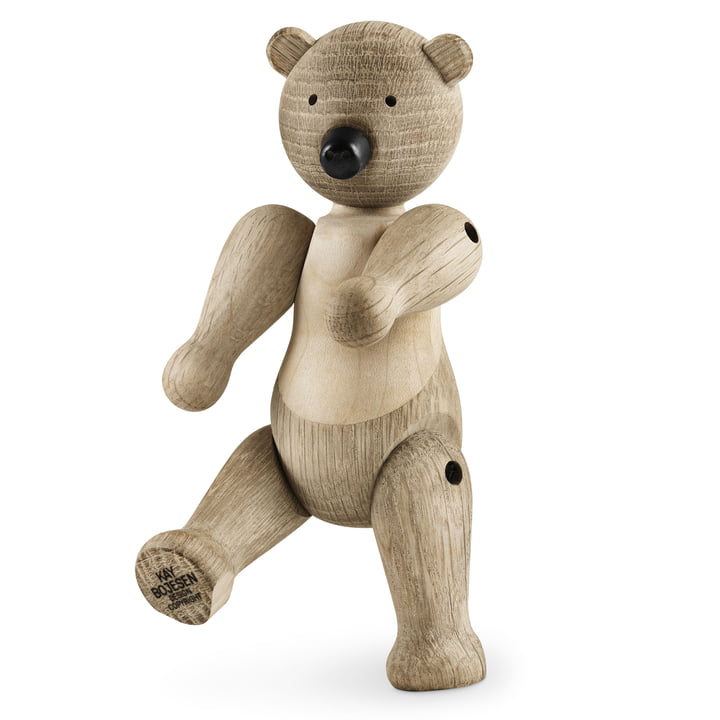 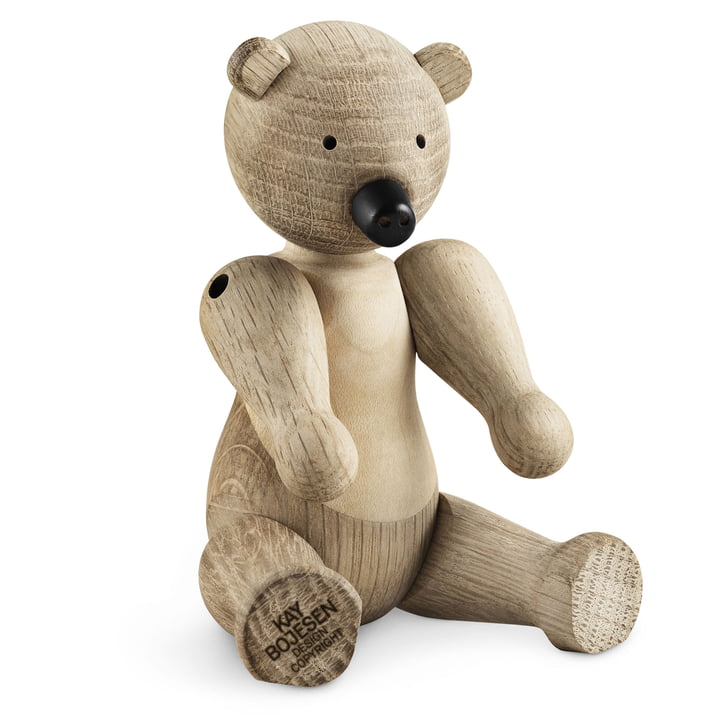 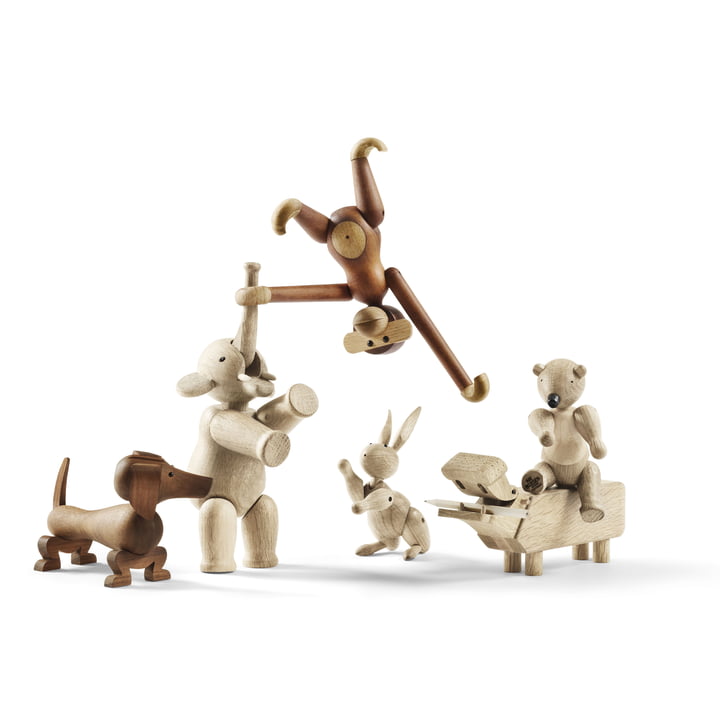 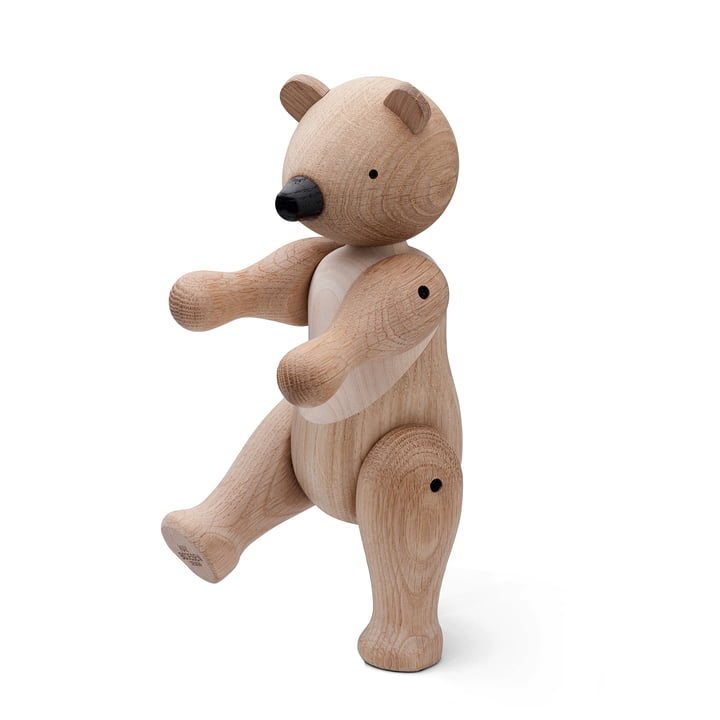 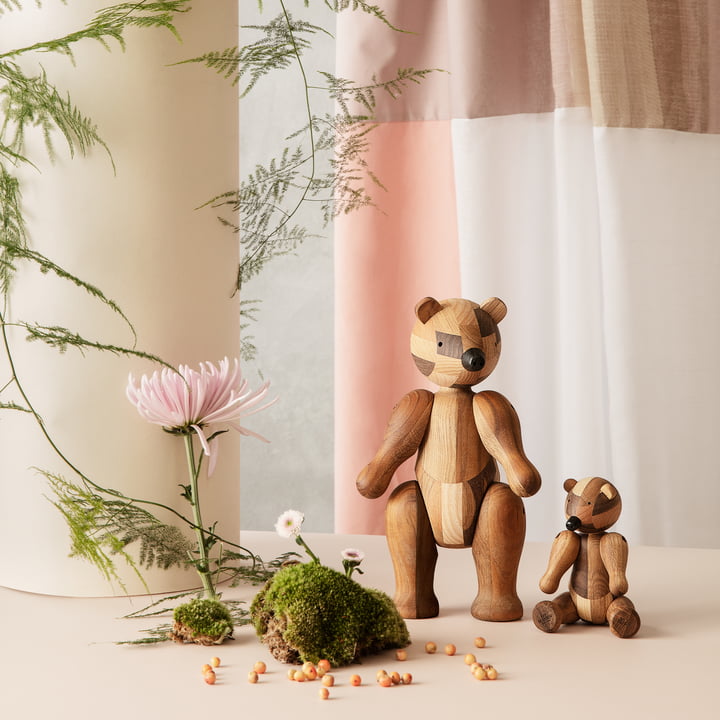 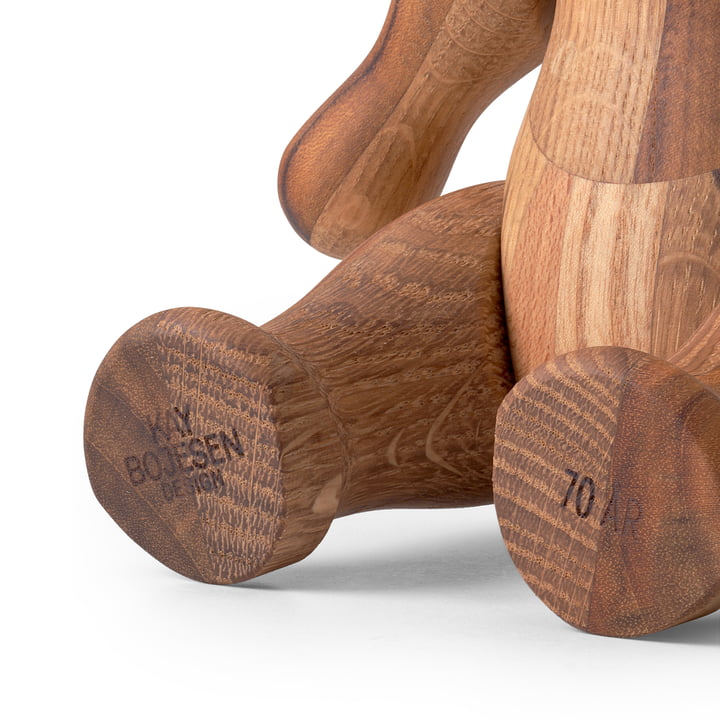 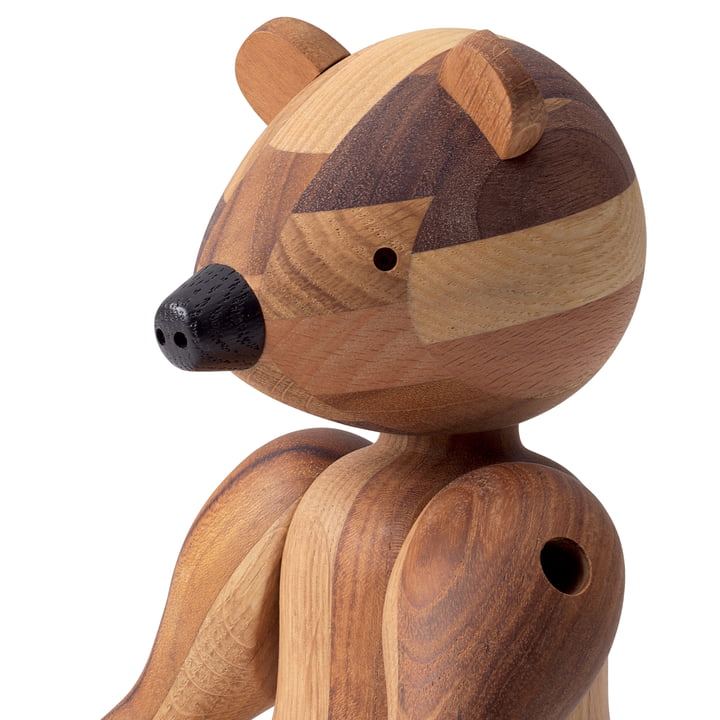 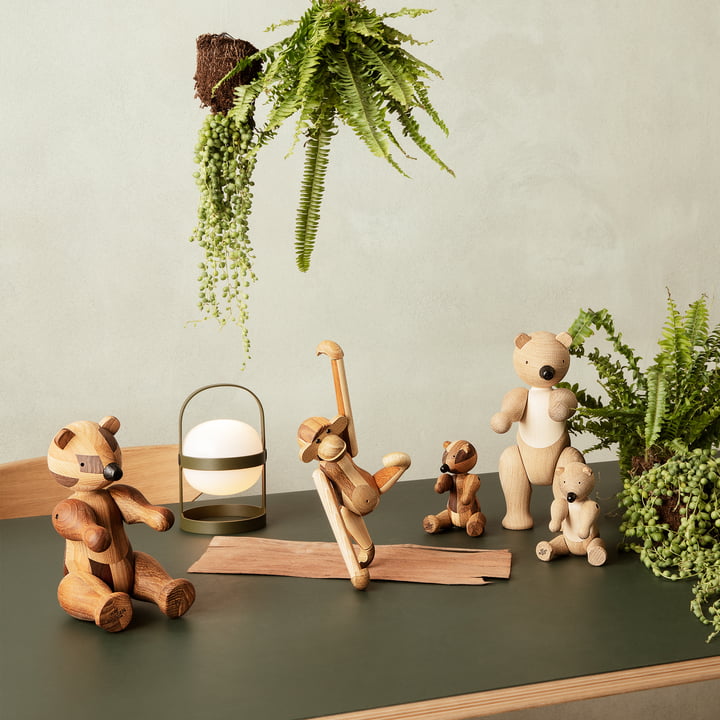 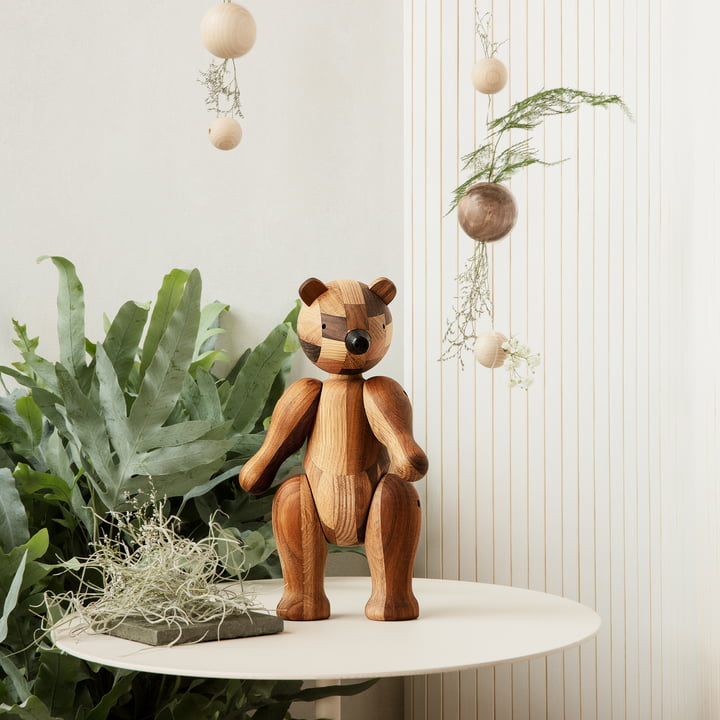 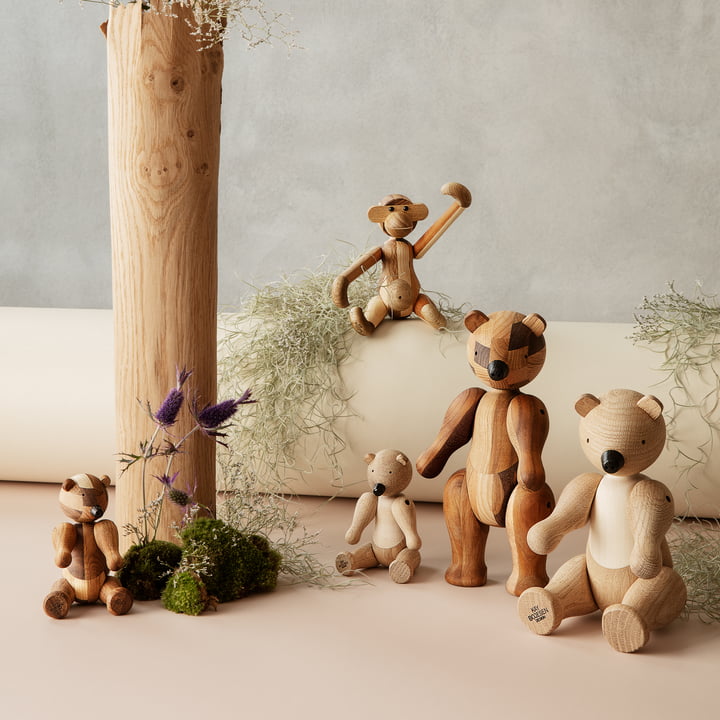 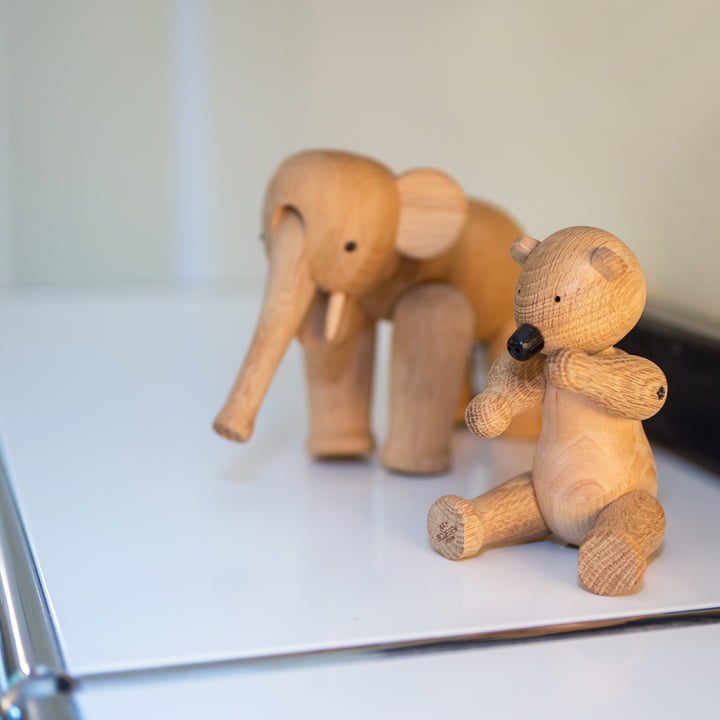 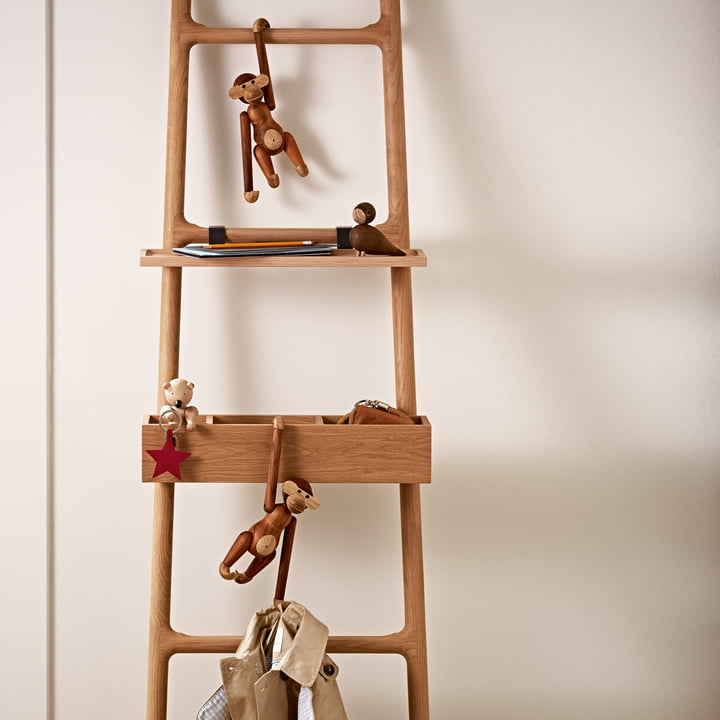 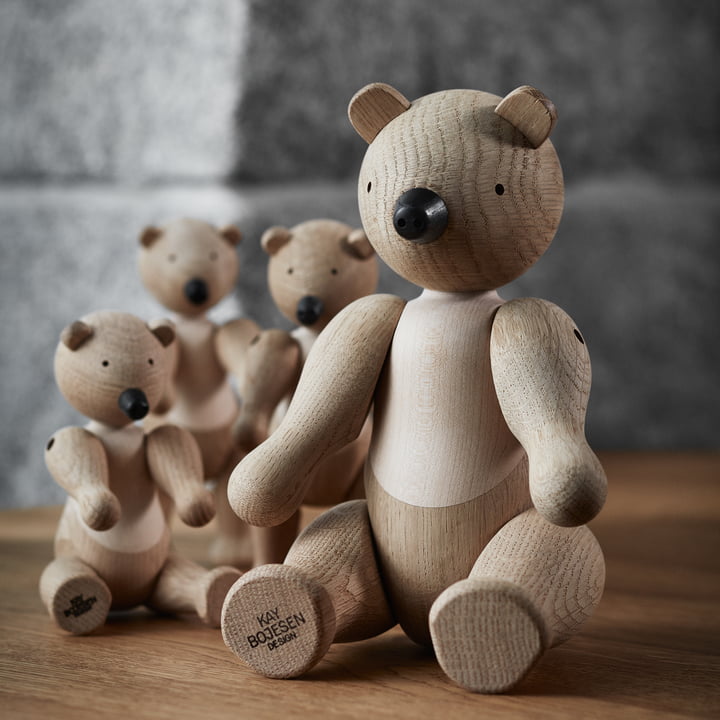 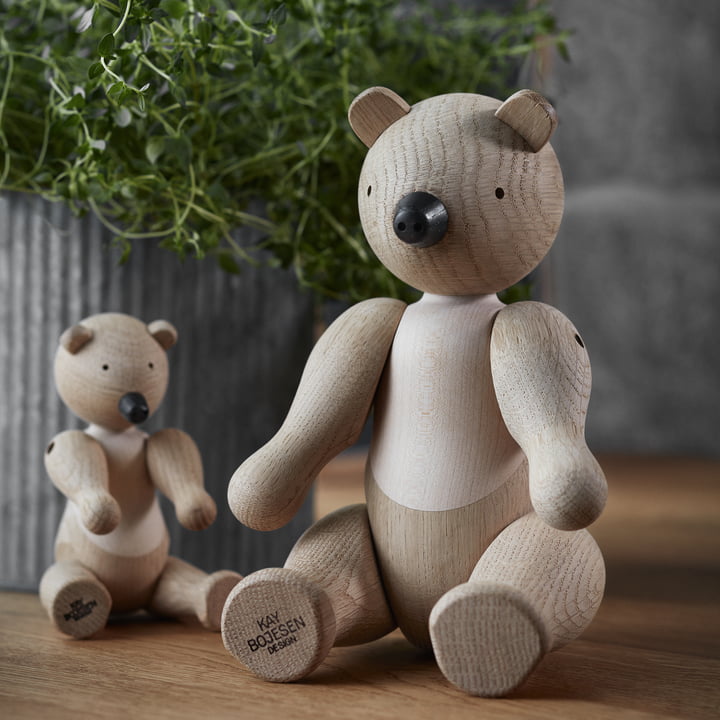 Cute bear made of wood

Full of soul, humor and craftsmanship, the Wooden Bear is an appeal to the playful child in all of us. With its round nose and fat belly, Kay Bojesen's cute and sturdy bear will quickly become a favorite with young and old alike, placing itself in the unique borderline between fantasy figure and design object.

Kay Bojesen's bear is made of oak and maple wood. The excellent workmanship and the high-quality wood provide play fun for generations. The wooden bear is part of a collection of wooden animals designed by designer Kay Bojesen between 1935 and 1957. The Danish company Rosendahl Design Group manufactures the wooden animals today in close collaboration with Kay Bojesen's family.

For over 70 years, Kay Bojesen has breathed life into many homes. Especially with his figurines, which create a real smile with a painted smile on their face. The family of figurines and wooden animals is large and has now been joined by a very special candidate: The Wooden Bear in the Reworked Anniversary Edition.

It was developed with the intention of using materials with responsibility and care. That is why the Wooden Bear in the Reworked Anniversary Edition also uses only woods in an upcycling process, all of which are scrap woods that would otherwise have been thrown away, such as species like teak, walnut, oak, ash and maple. This gives the figures a sustainable dimension and places him in a modern context.

At the base, the bears of wood have a special anniversary embossing.

Not only in children's rooms, but also on shelves and in offices, Kay Bojesen's wooden animals have become coveted collectors' items, passed down from one generation to the next. Therefore, the animals are made as a gift idea, wherever there is living and playing: Baptism, birthday, confirmation, graduation, wedding, anniversary.

Bojesen himself throughout his life has paid homage to the mantra that good design should be human, warm and alive: "They should remind you of a circus" , he usually described his works, of which the charming wooden figures are among the most popular.

Kay Bojesen, with his user-friendly and modern formal language, is one of the very great Danish functionalists. In his naive designs, form and object, seriousness and play merge into one. At the same time, Bojesen had the unique ability to bring wood to life, which has made his works international design icons.