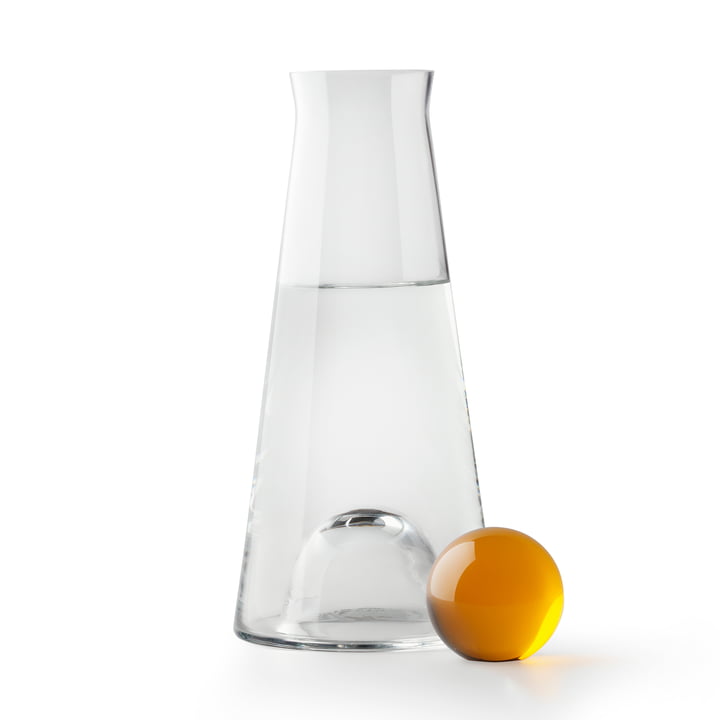 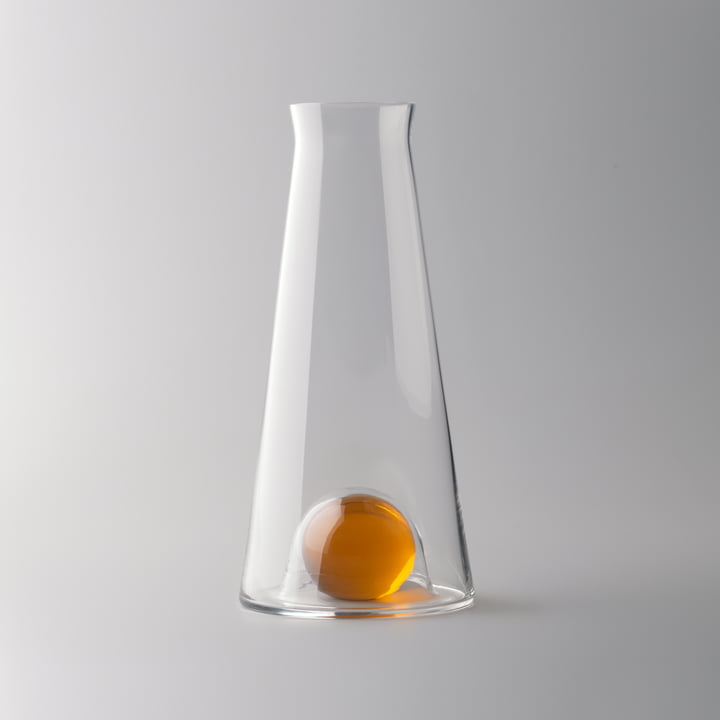 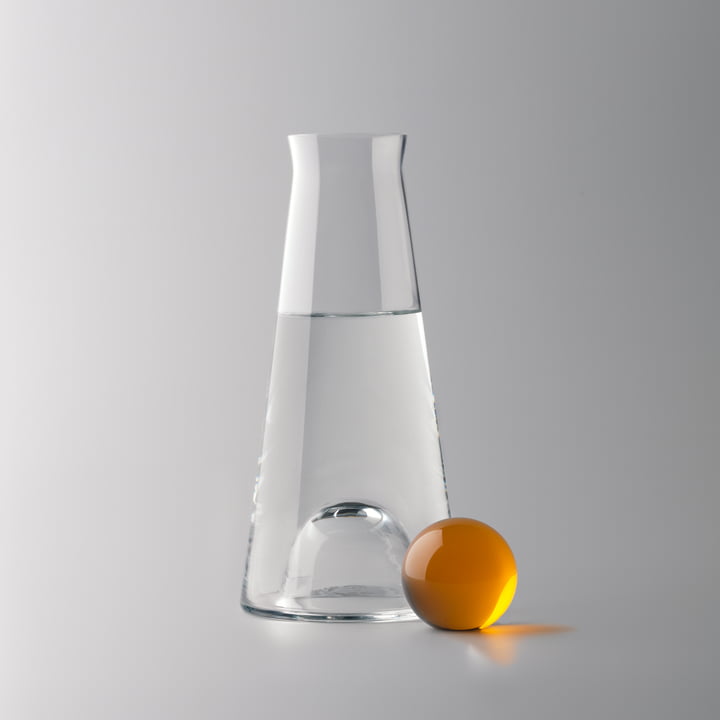 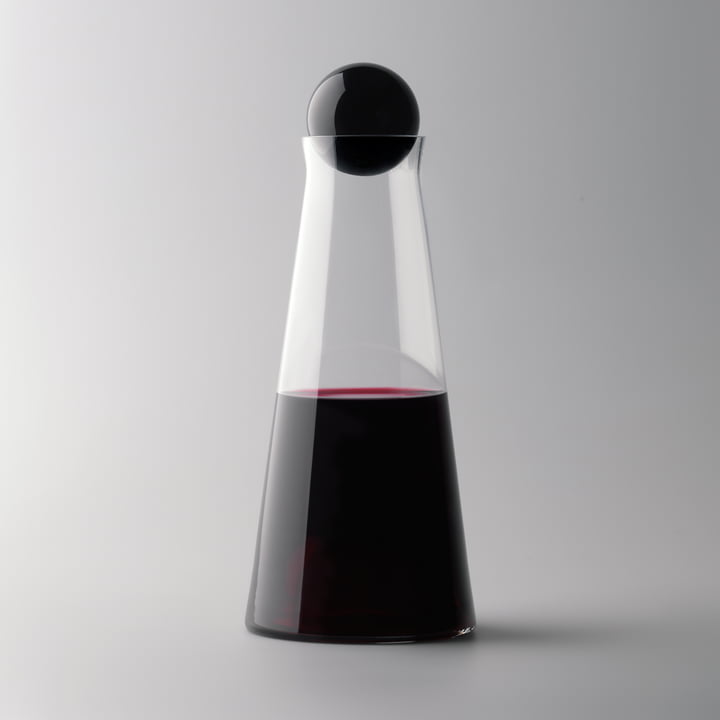 The Design House Stockholm Fia Carafe was designed by Nina Jobs, who equipped it with functional, natural forms and colours while aiming for simplicity. Despite its simple form, the Swedish designer couldn’t refrain from including a clever feature in the design of the hand-blown carafe, which consists of the possibility of closing the bottle as in the shape of the lid.

The carafe of the Nordic design retailer Design House Stockholm, which can be used for wine and water or as a flower pot, is named after the Swedish version of the table-game ludo because of its playful character. This playfulness is emphasised by straight lines, as well as by precisely grinded spheres in different crystal colours.

Nina Jobs’s carafes are not just visually appealing, they also offer an environmentally friendly, elegant alternative of serving water – in sharp contrast to the triteness of ubiquitous plastic bottles.