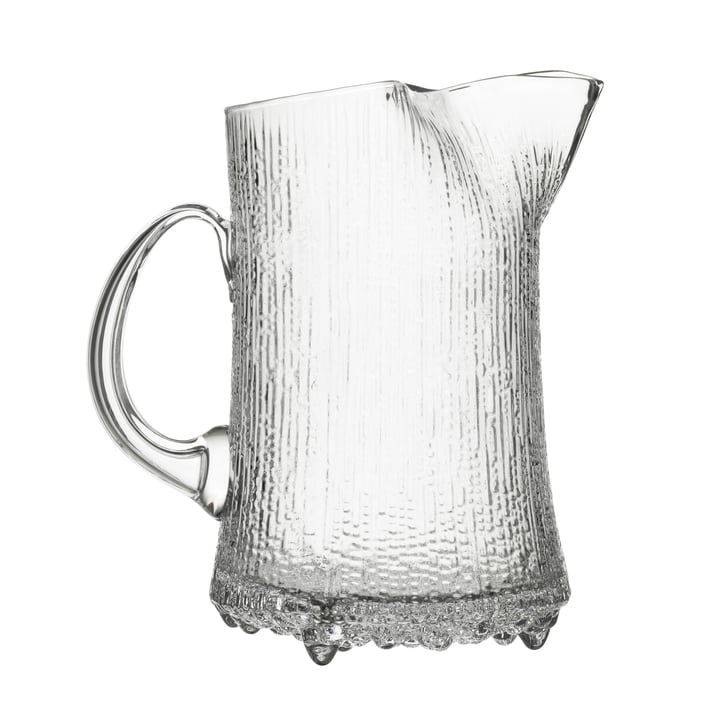 Iced drinks served with cool design: Drinks are wonderfully presented in the carafe and the jug of the Ultima Thule collection by Iittala.

Ultima Thule is a collection of glasses that unmistakably display how detailed the work was, which perfected the glass processing technique. The unique effect and the appearance of the carafe and the jug imitate nature: Tapio Wirkkala was inspired by melting ice glaciers in Lapland when he designed the glasses. That’s the reason for the name “Ultima Thule”, since that’s the name of the northernmost piece of land of the world.

The Ultima Thule glasses are considered classic pieces today. The collection has highly influenced the international success of Iittala. The big power of Finnish glass processing is visible in the finely worked collection. The shapes of the carafes by Iittala differ from piece to piece, according to how the liquid glass encloses the wooden models during the production.

The glass jug originated in 1968, as well as all the Ultima Thule members, but the glass carafe was only designed in 2015 in the event of the 100th anniversary of the designer Tapio Wirkkala.