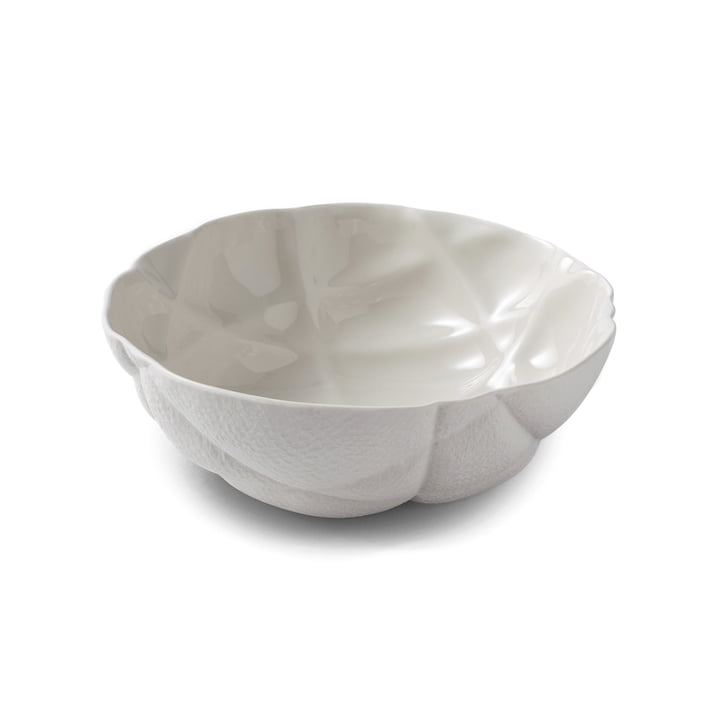 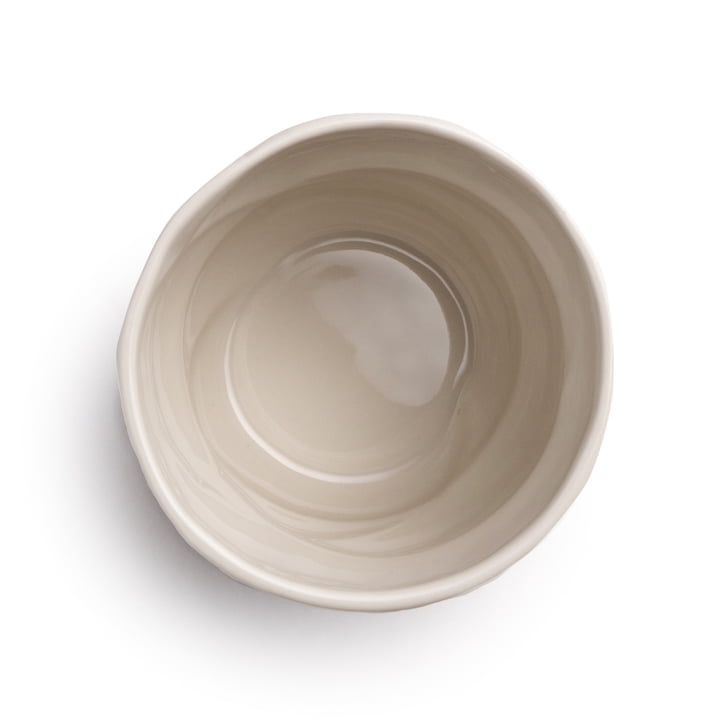 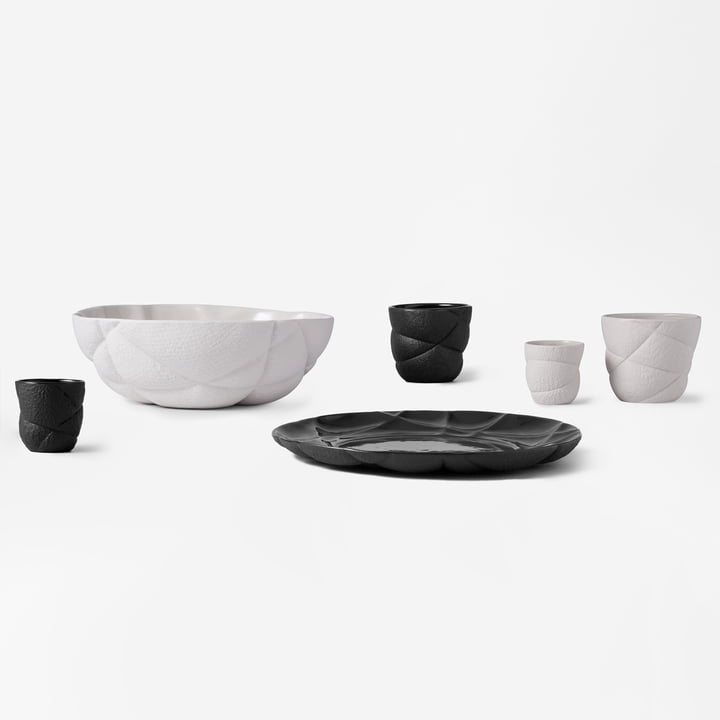 The Succession series by the designer duo Färg & Blanche for Petit Friture features tableware that impresses with a mat, rugged surface and shiny interior. The designer duo created an organic shape by covering the porcelain in felt and holding it together with cord.

After having being put in the oven, the objects are freed from the cords resulting in an organically shaped dish with traces on the outer edge. Thanks to the heating phase, the Succession series can be used both in the oven and in the microwave as well as in the dishwasher.

The series include shallow and deep plates in different sizes, bowls, coffee cups and a pitcher. The series is optionally available in black or white. 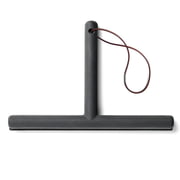 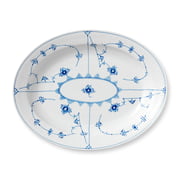 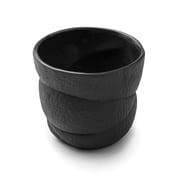