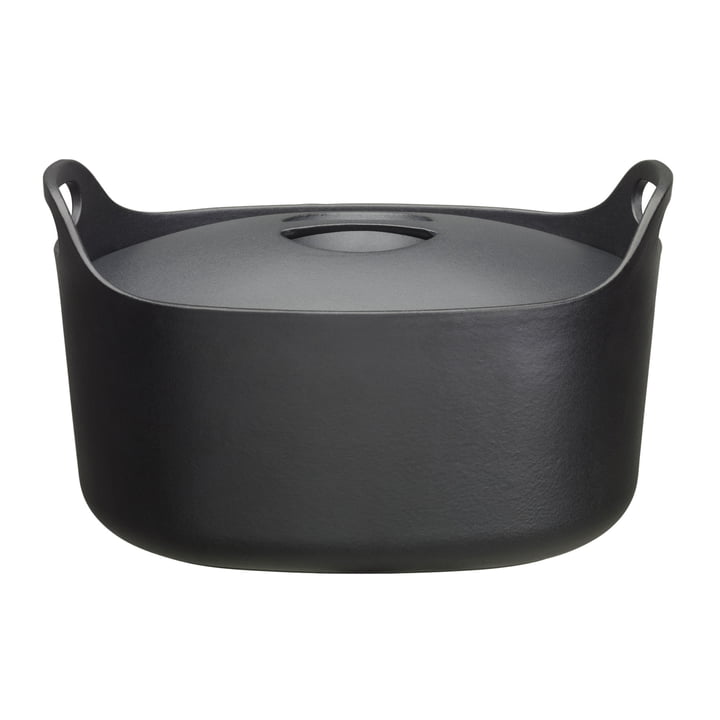 The Sarpaneva cooking pot was designed by Timo Sarpaneva in the year 1960 for the Finnish manufacturer Iittala. On the pot’s 50th anniversary Iittala offers a bigger variance of Sarpaneva to the market in the year 2010, with an ovale form and a capacity of 4 litres.

Like the original, the oval Sarpaneva Pot consists of robust cart iron. Its interior is enamelled. The pot with an oval form possesses two extra grand handles to be transported with cooking gloves without any problems. The Sarpaneva cooking pot is gas, glass, ceramic, halogen and induction stoves adapted. The manufacturer suggests not to wash it in a dishwasher or with a stainless steel sponge.

The Sarpaneva cooking pot is a combination of tradition, functionalism and elegant aesthetic. It is a basic object for every kitchen that can be transported to the dining table directly from the oven or the stove.

Professor Timo Sarpaneva’s grandfather was a forger. The fact that he passed a lot of time near fire and melted metal in his childhood inspired the designer Sarpaneva to create his popular version of the cast iron pot.

In its 50 years history the Sarpaneva achieved popularity and was mapped on a stamp range to honour the Finish design elite.