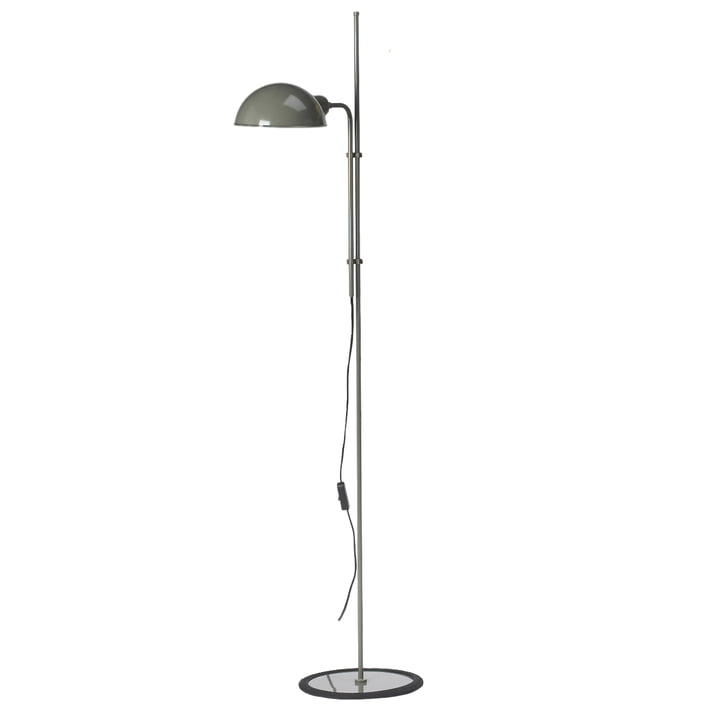 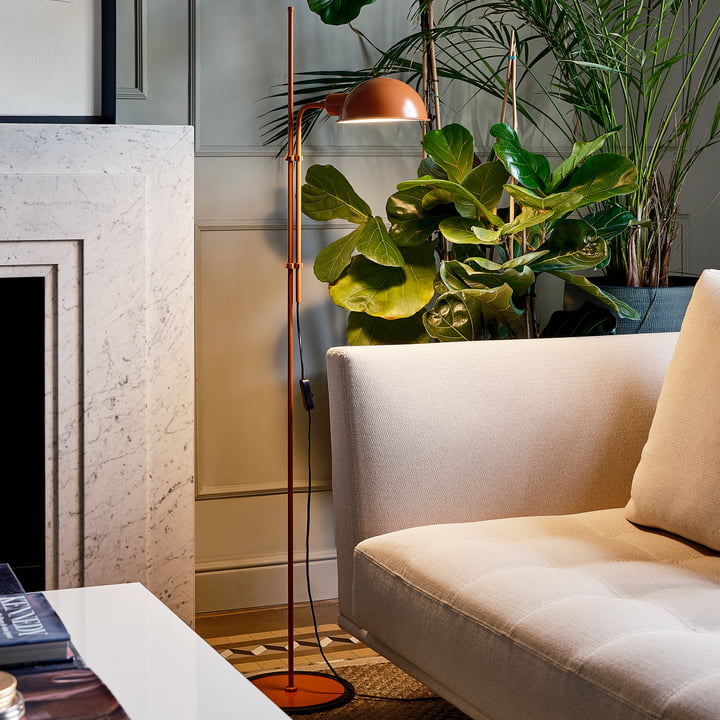 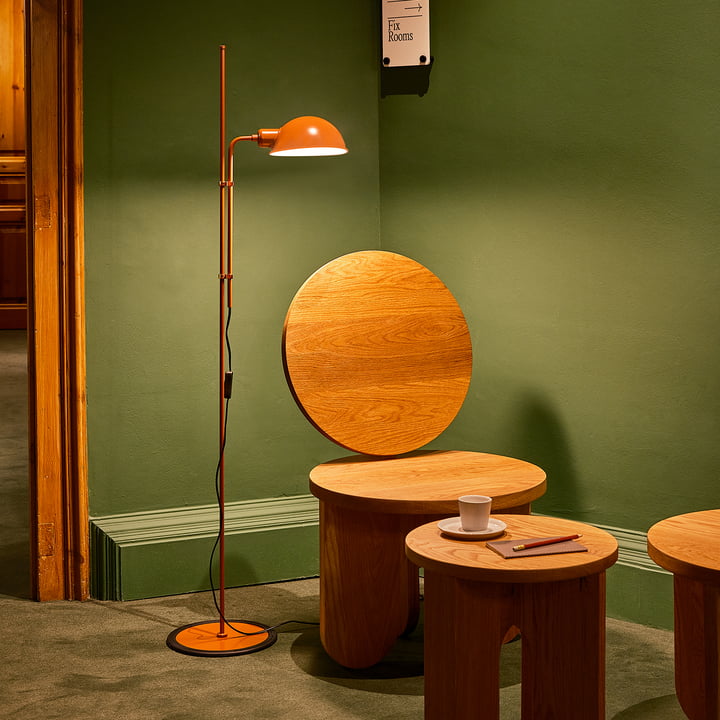 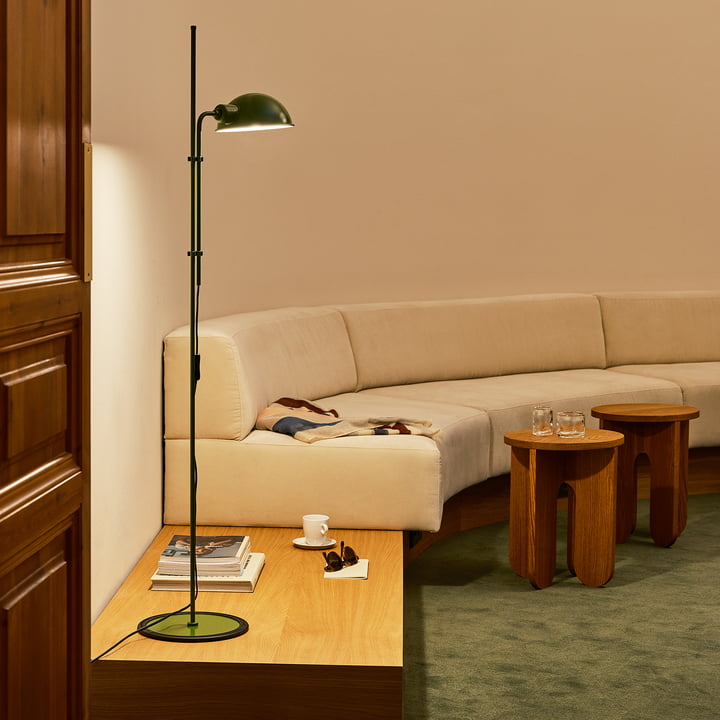 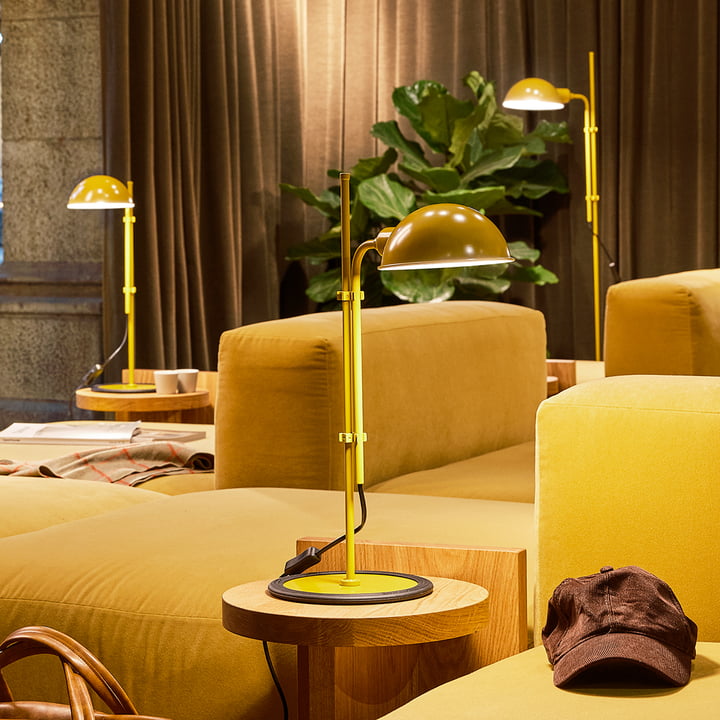 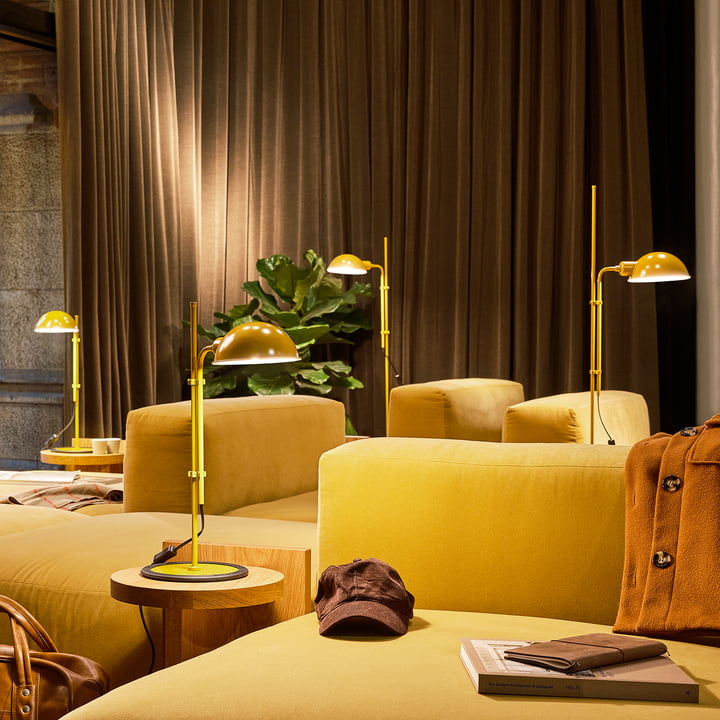 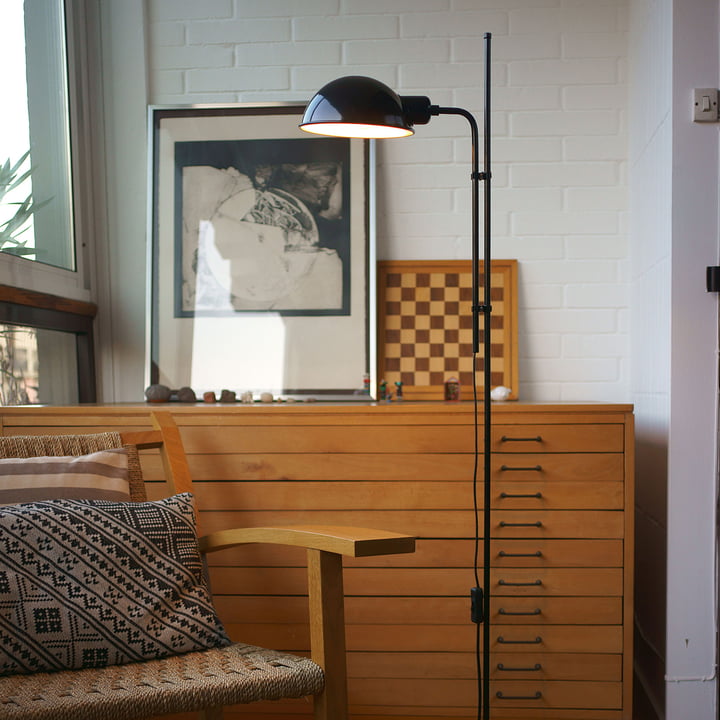 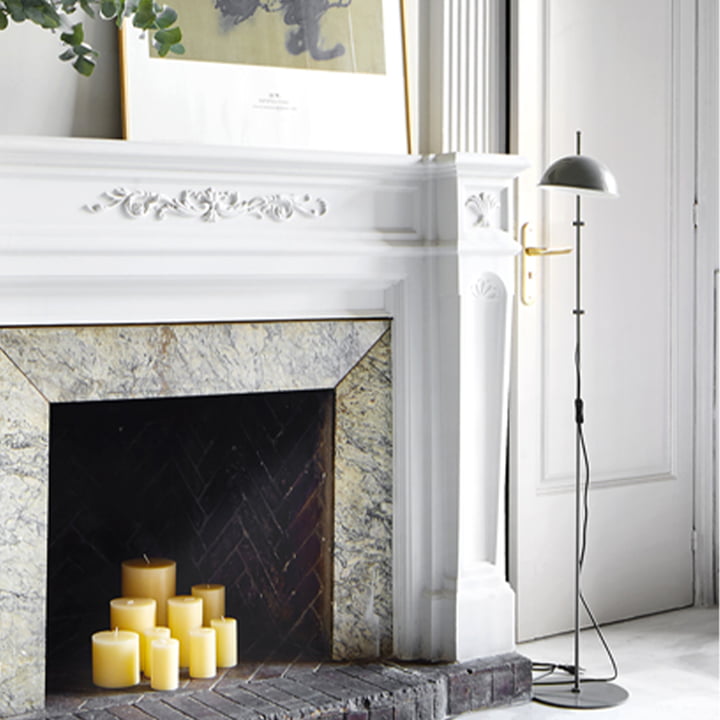 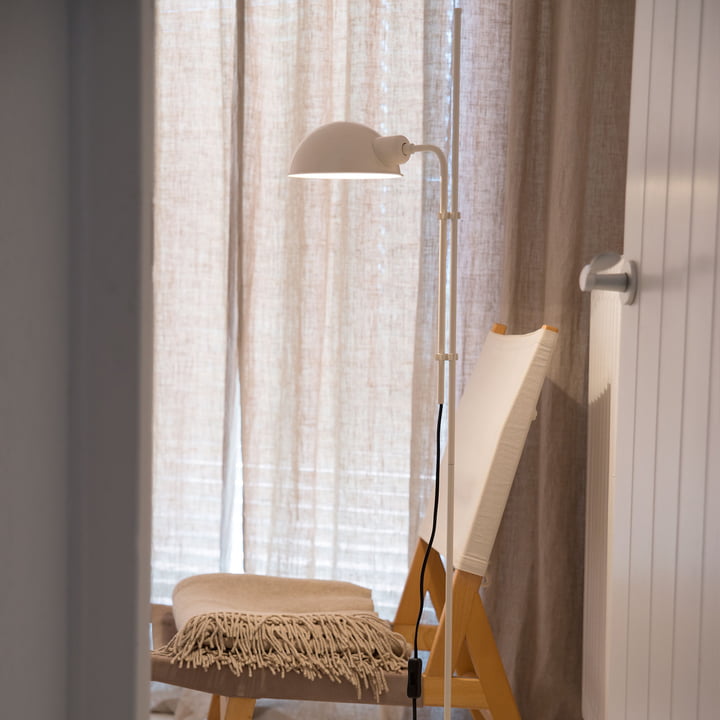 The Funiculí floor lamp by the manufacturer marset impresses with its absolute simplicity. The designer Lluís Porqueras is known for reducing his objects to their simplicity. This also reflects the Funiculí luminaire reflects this. 40 years after the creation of the first version, it still looks modern today.

The shade of the Funiculí floor lamp can be moved up or down by clamps on the shaft. Thus, the desired height can be adjusted individually. In addition, the shade can be rotated 360 degrees, so that the light can be directed as needed. The rubber on the base of the Funiculí floor lamp ensures that the metal of the lamp does not damage the surface on which it stands. It also gives more stability.

The name Funiculí is derived from the Spanish word "funicular". Translated, this means cable car and alludes to the fact that the shade can be moved up as well as down.