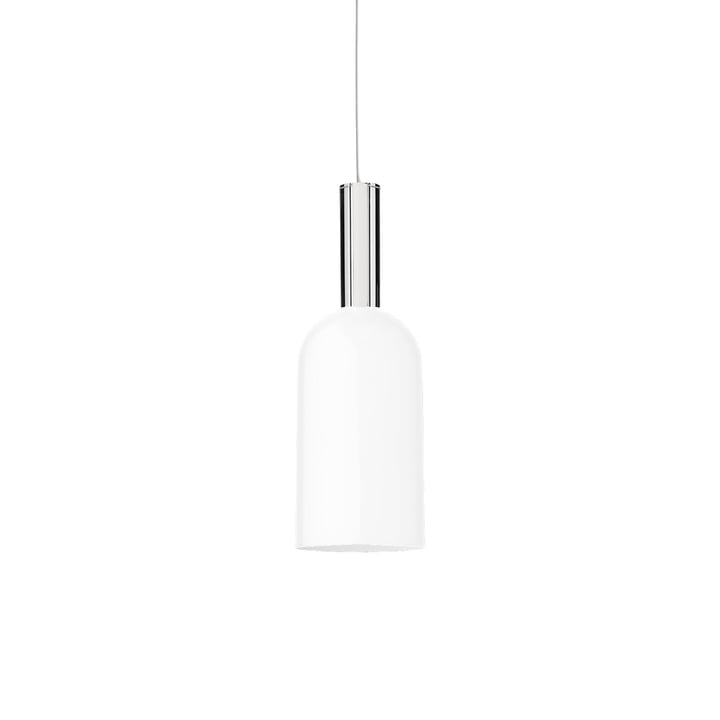 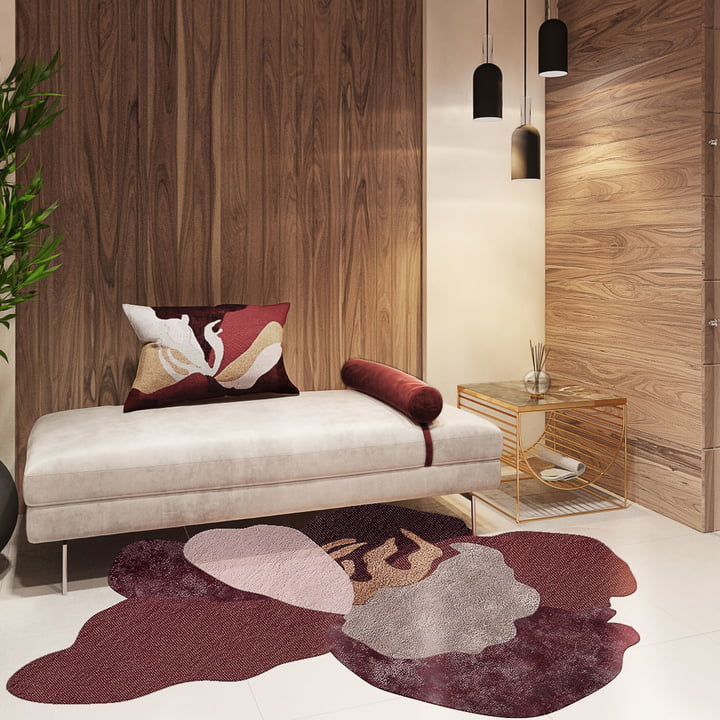 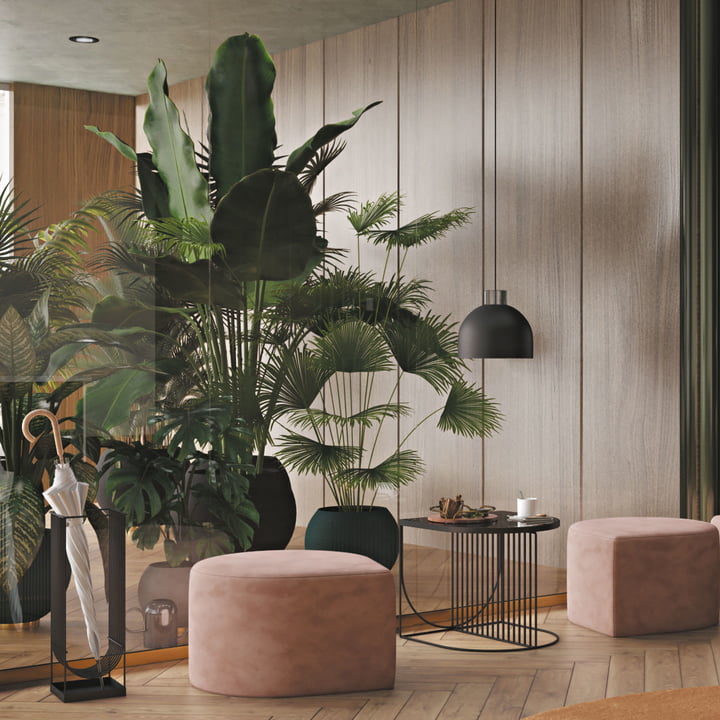 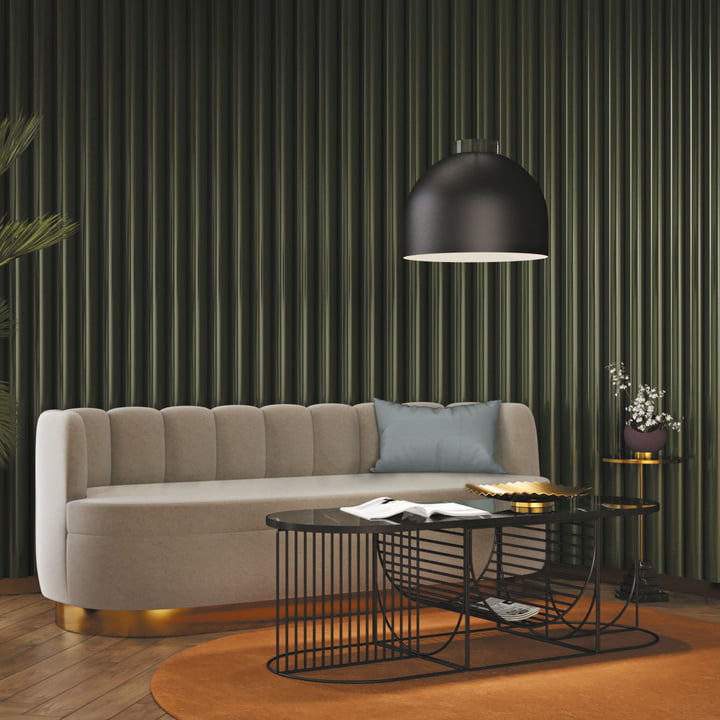 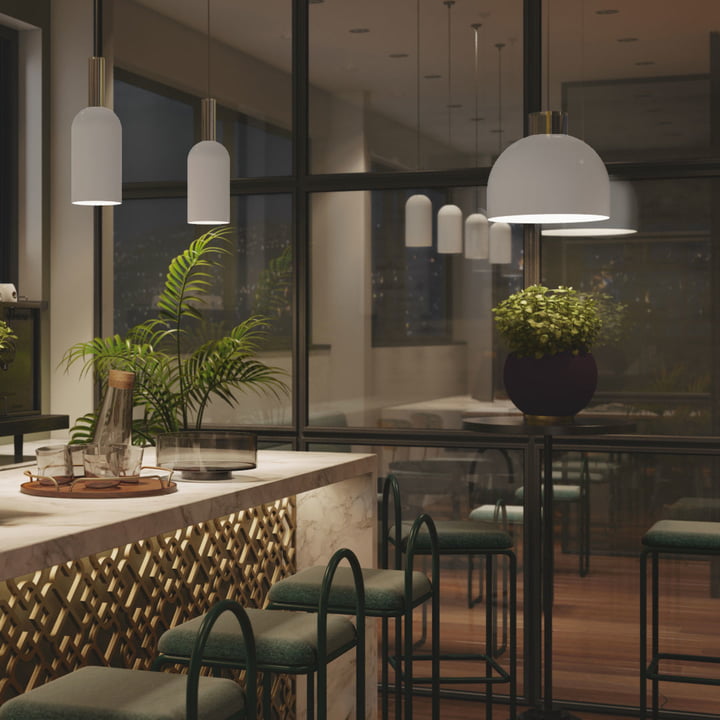 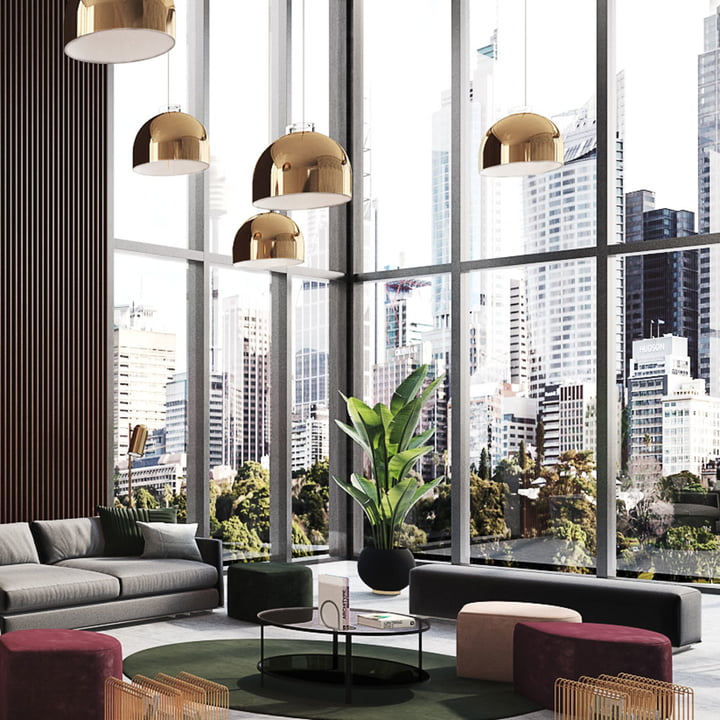 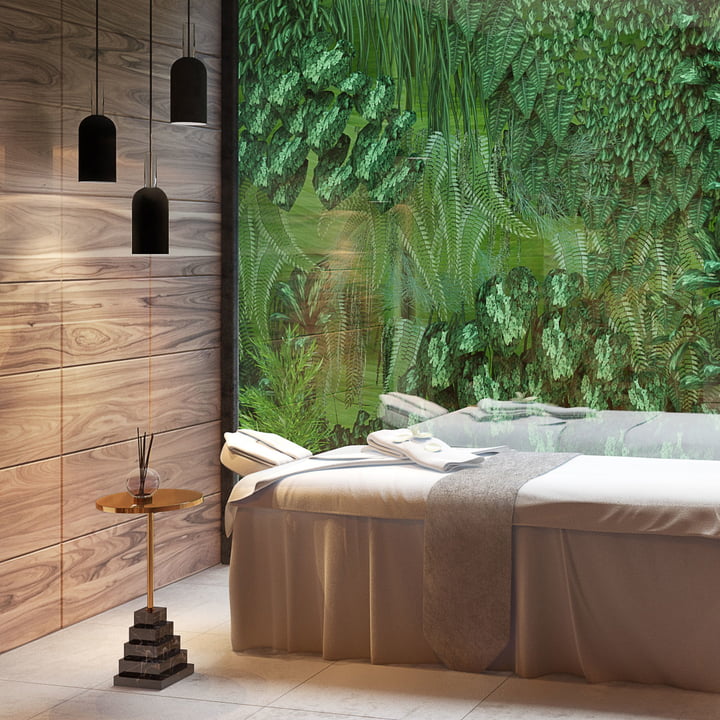 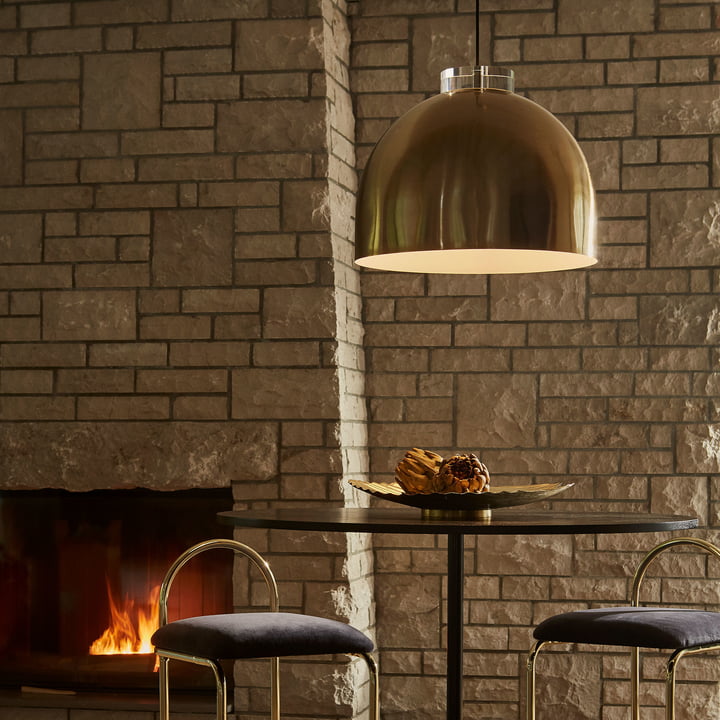 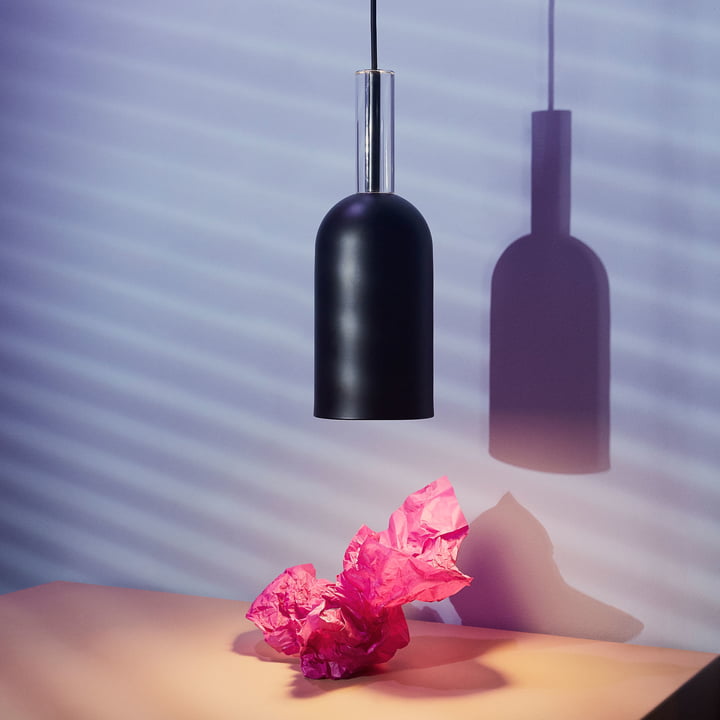 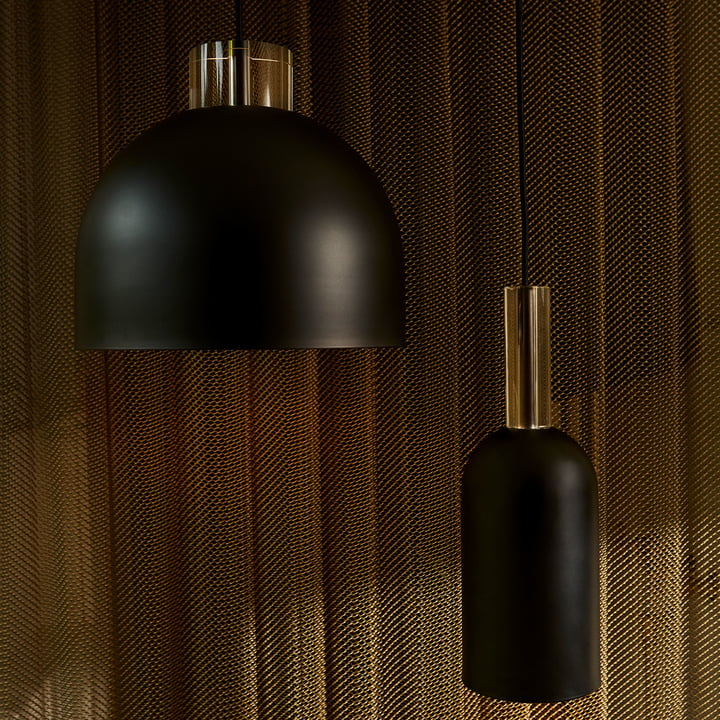 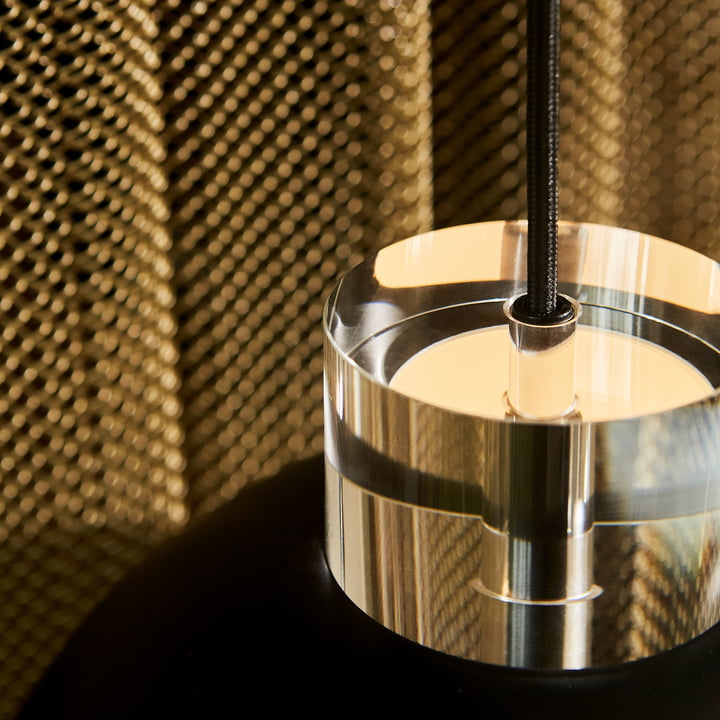 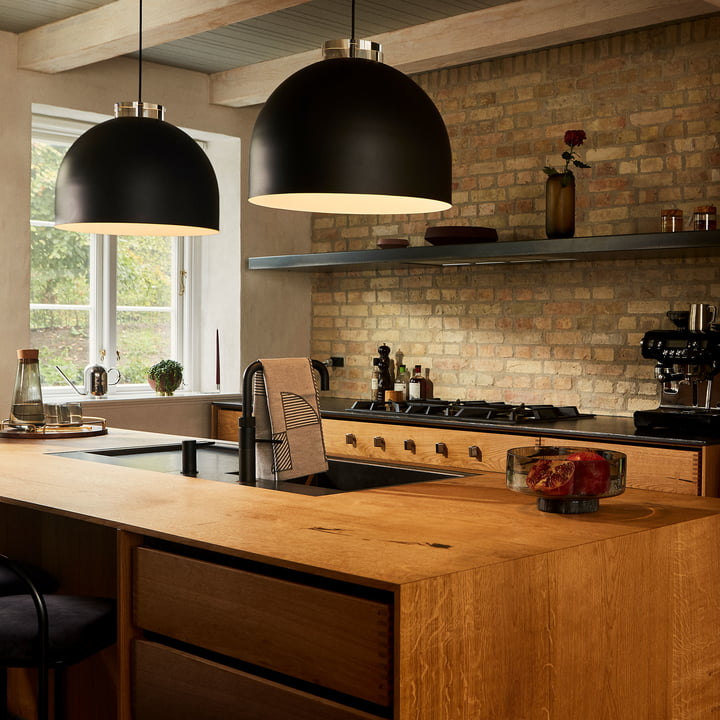 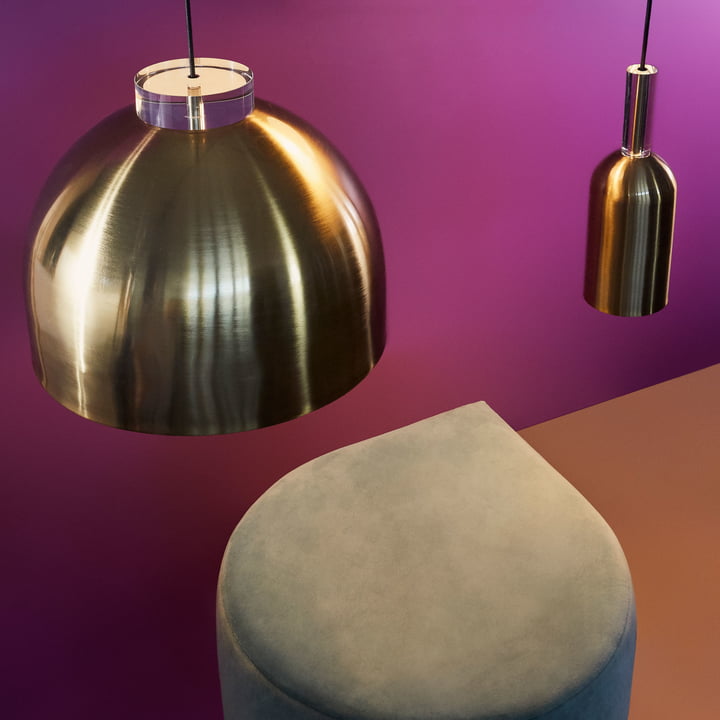 Pendant luminaire made of steel and glass

The Luceo pendant luminaire from AYTM is a beautifully shaped luminaire that provides direct downward light in the room. The pendant luminaire consists of a steel shade suspended from the ceiling with a textile cable. A nice detail is the glass coating at the upper end of the lampshade. Solid glass can also be found in the other luminaires from the Luceo luminaire series.

Down directed light above the dining table or in the kitchen

In addition to the pendant luminaire, the series also includes wall luminaires, table luminaires and floor luminaires. They use solid glass as a wall bracket or base. The downward light scatters subtly through the glass, creating a series of luminaires that provide both direct and indirect light in the room.

The pendant luminaire can be placed individually but especially to several beautifully over a dining table or a cooking island in the kitchen. The downward directed light illuminates the underlying surface in a beautiful way. The Luceo pendant luminaire is available in various shapes and colours.