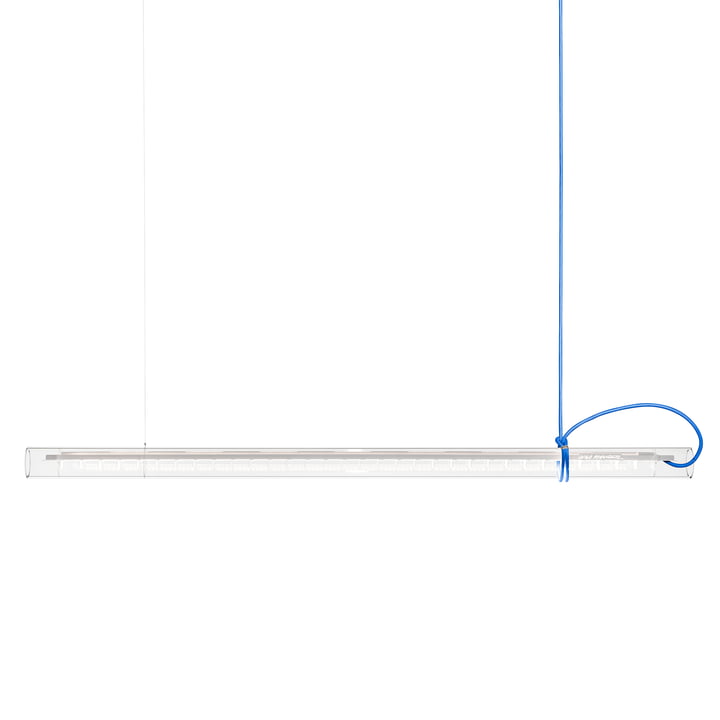 The Tubular LED pendant luminaire from Ingo Maurer is a multifunctional luminaire in the style of a glass tube. It can be rotated through 360° and provides warm white light (3000K) as uplight, downlight or wallwasher. As only one of the two cables is textile-sheathed, the impression is created in dim light conditions that the tube is only attached to one cable at one end.
With its futuristic, industrial design, the pendant luminaire can be used not only in private rooms such as dining rooms or offices, but also in public corridors, galleries and offices.

The inner construction of the glass tube and the textile cable are available in several colour variations.