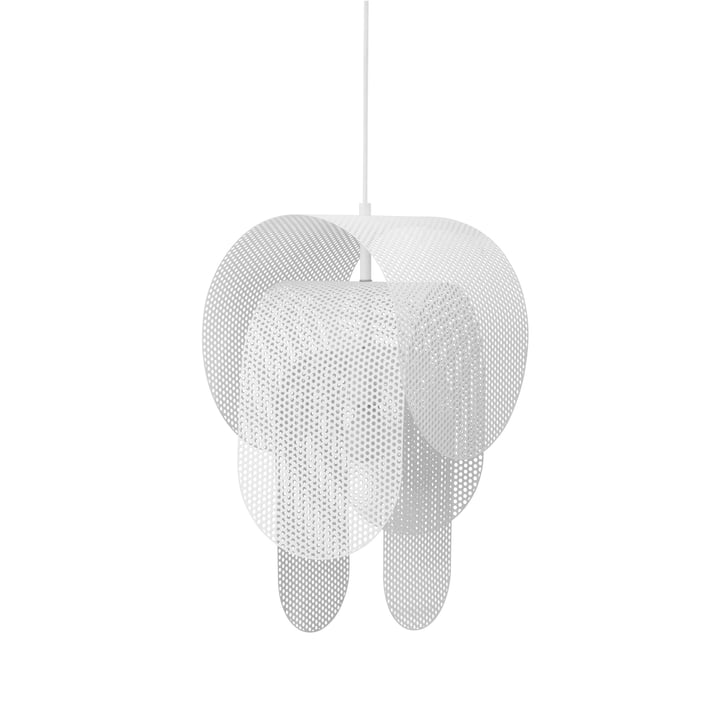 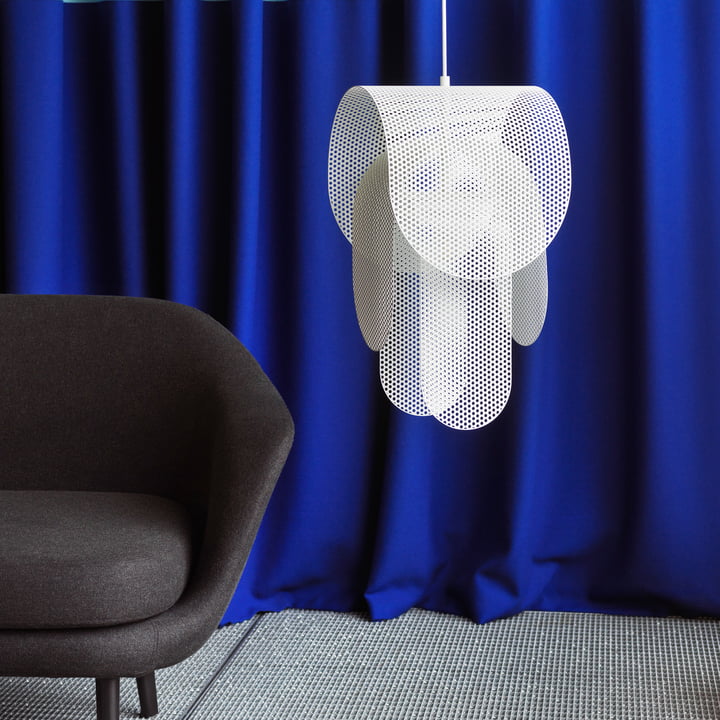 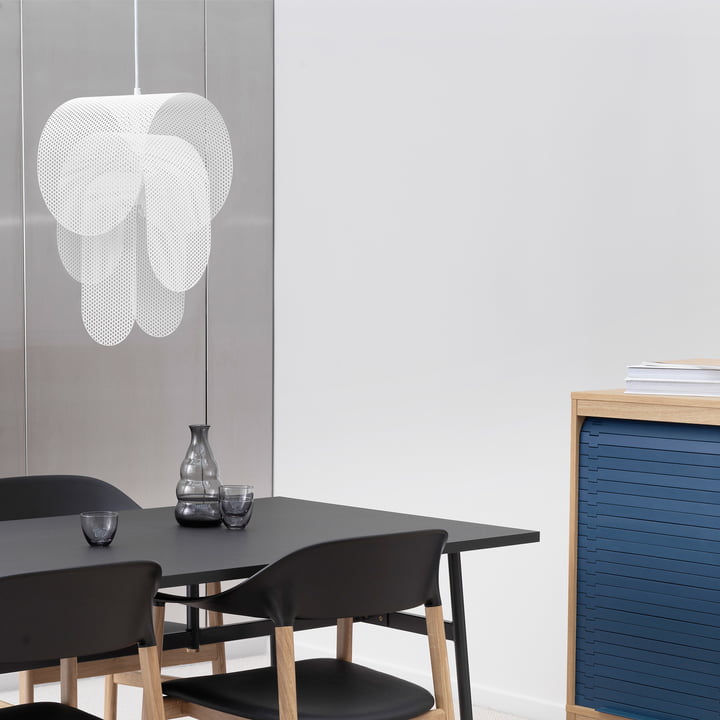 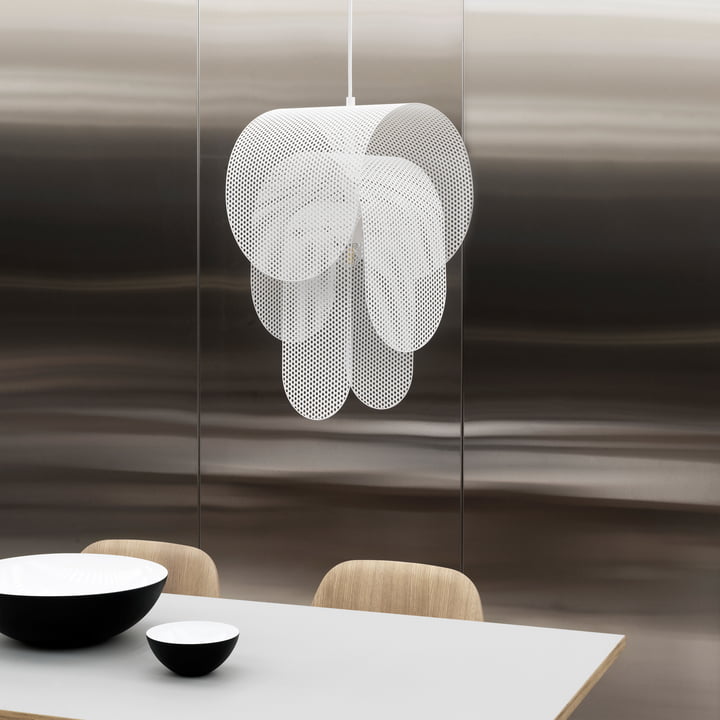 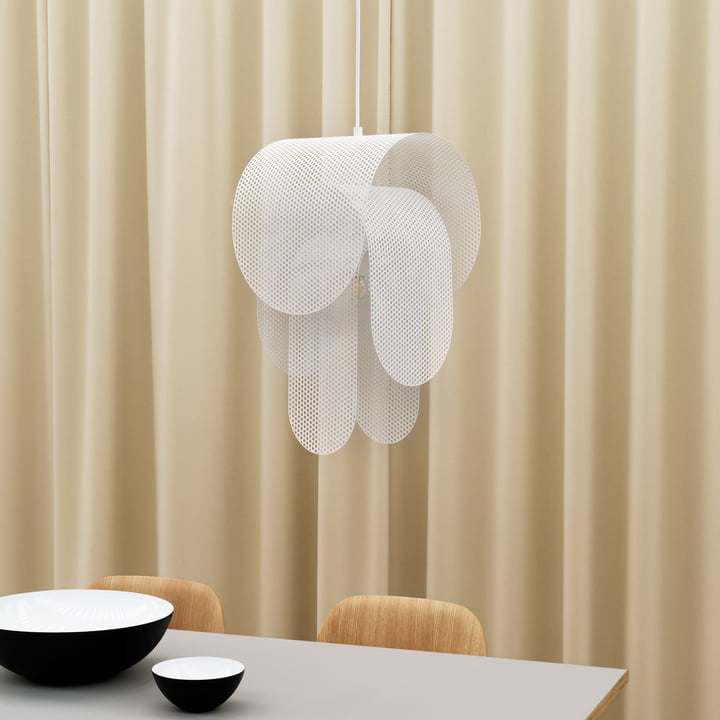 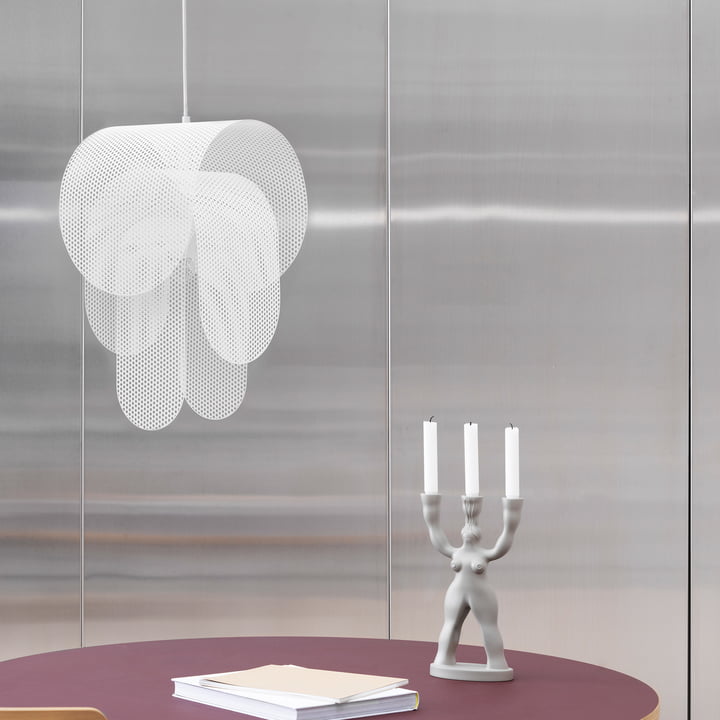 The Superpose pendant luminaire from Normann Copenhagen is a sculptural luminaire by designer Frederik Kurzweg. It consists of three curved, perforated steel sheets arranged concentrically around each other, offset at a precise 180 degree angle.

The superimposition of the three geometric shapes creates an impressive appearance - even when switched off. This is because the appearance of the pendant lamp changes depending on the position of the observer. This effect is reinforced by the hole pattern, which makes the surfaces appear sometimes more, sometimes less transparent.

Superpose radiates a soft light outwards and a direct light downwards, while the perforated sheet casts lively shadows on the surroundings. This makes the luminaire particularly suitable for placing above a table, hanging in a corner as a mood light or using as an impressive ceiling light in the hallway.

Please note that the delivery takes place without illuminant.