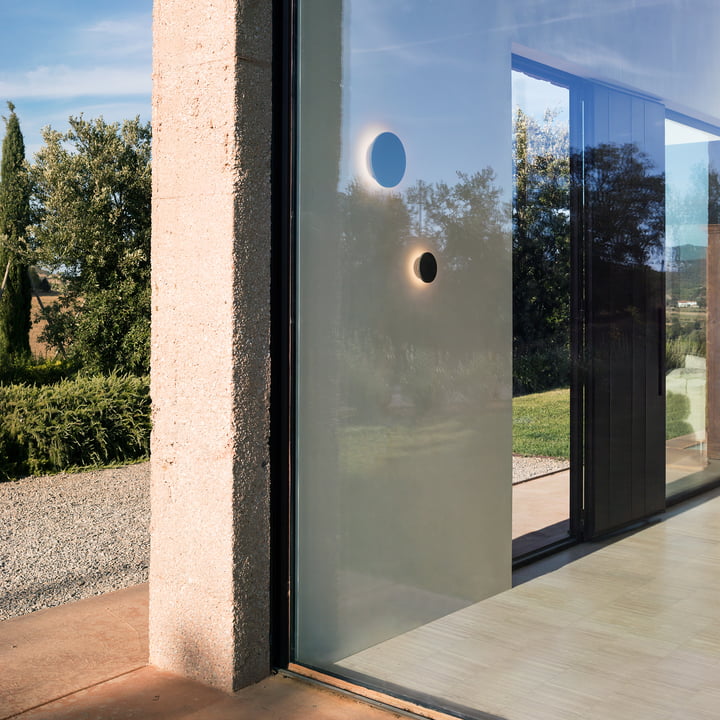 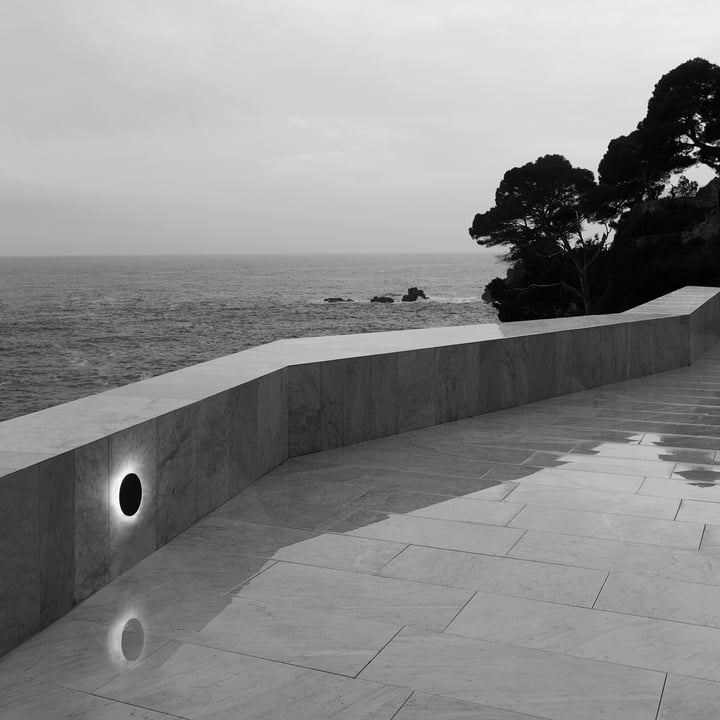 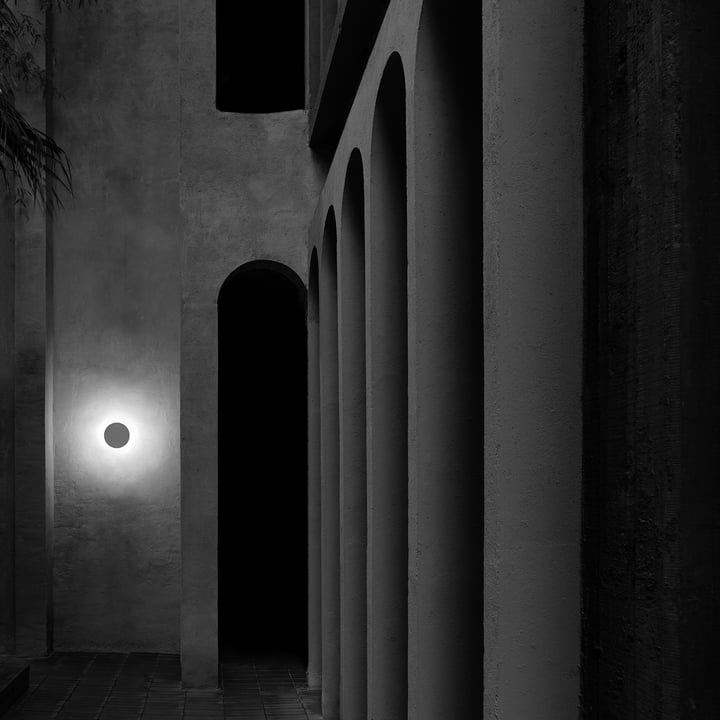 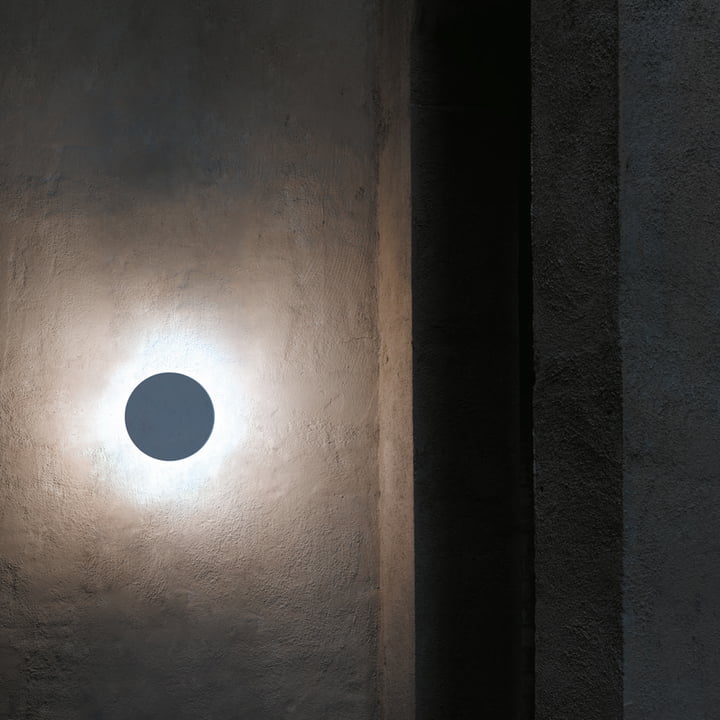 With the Camouflage LED wall lamp from Flos the name says it all, because the outdoor lamp from the Italian designer Piero Lissoni proves to be a kind of chameleon on the wall. Designed in different stone tones, the surface structure adapts wonderfully to the wall of the house, so that it is hardly visible when switched off.

However, when it is switched on, the round luminaire emits indirect light and also delights with an optical effect reminiscent of a solar eclipse. Around the luminaire shines soft, warm-white light, which provides a cozy atmosphere and at the same time sufficiently illuminates the entrance area. If the luminaire is mounted on the wall in several, it is also possible to illuminate entire paths, which is especially advantageous during the dark season.

Available is the Camouflage LED wall lamp is available in different sizes, which can also be excellently combined with each other.

For the Camouflage LED wall lamp from Flos a transformer is required!