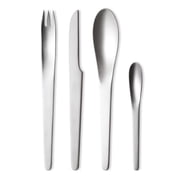 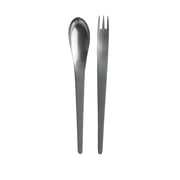 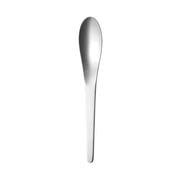 Arne Jacobsen created a future oriented and minimalist cutlery in the year 1957 that is more contemporary than ever today.

The cutlery has initially been designed for the SAS Royal Hotel in Copenhagen. By the time it came out, it was highly disputed.

The clear lines are connected with the craftsmanship to a form that lies comfortably in the hands.

The slim forms and the scarce contours of "Arne Jacobsen" have made the model a classic.

The Arne Jacobsen cutlery has been shown in Stanley Kubrik’s 2001 “A Space Odyssey” and other futuristic films.

It became one of the most famous Georg Jensen Cutlery with the passing of the years.

Arne Jacobsen is made out of matt stainless steel.