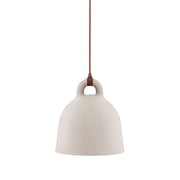 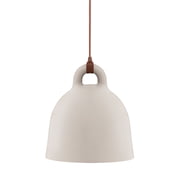 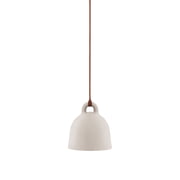 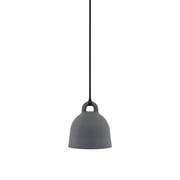 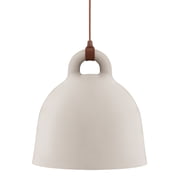 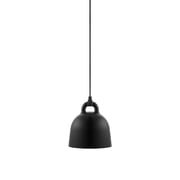 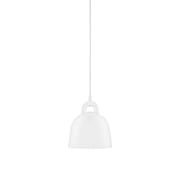 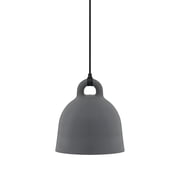 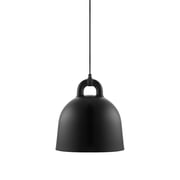 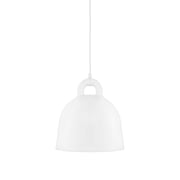 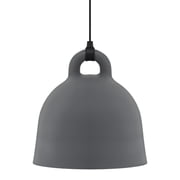 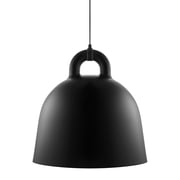 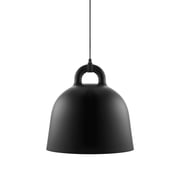 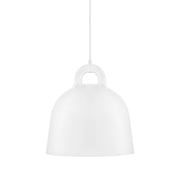 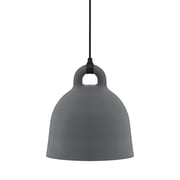 The Bell Luminaires are designed in an iconic bell shape and are decorated with lovingly crafted details. The optical impression of the hanging lamp is robust, its design simple. With its smooth, rounded surface, the lamp looks like it has been cast.

Instead of hiding them, the connection between cable and lamp body is made by Normann Copenhagen Bell pendant luminaire series in a modern and unusual way. The designers Andreas Lund and Jakob Rudbeck have created a new Bell provides space for the design of the suspension system.

The contrast between the materials creates a highly topical luminaire that is ahead of its time.
The design luminaires from Normann Copenhagen Bell are directional luminaires which - depending on the side from which you look at them - change their character and give new impressions. The bright inside reflects the direct light, which spreads out in a conical shape and provides good lighting over the dining table, for example. Especially the combination of different sizes makes the Bell to the eye-catcher.

Andreas Lund and Jakob Rudbeck say: "Suspension or connection between cable and luminaire are often not design priorities but rather a necessity. But we have exactly this connection and the lamp body in the design of the luminaire Bell highlighted. Light has a unifying function, just like the bell which, historically, has called people together through its sound. With its bell shape Bell can also be used to create a cosy oasis in the room where everyone comes together."