Behind the Scenes: The Making of the Kay Bojesen Monkey 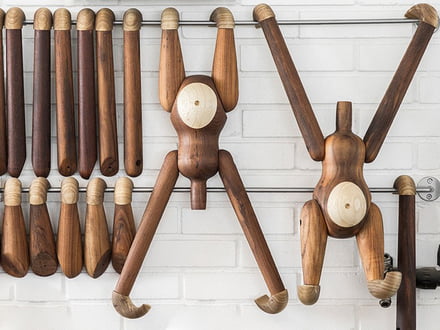 Do you know the story of the little wooden doll that came to life? Pinocchio. The carpenter Gepetto built a puppet and a magical fairy breathed life into it one night. The Danish designer Kay Bojesen was a little like a real, modern version of the carpenter from the fairy tale. His wooden animals with the black shiny eyes have got soul. They are still hugely popular today, with his most famous piece being the Kay Bojesen monkey.

The Birth of the Wooden Animals

Bojesen started developing his wooden toys in 1919. They were for Otto, his newborn son. He used his own childhood memories as inspiration for the design. Bojesen thought of his father, who had always carved wooden figures for him when he was a child.
Three years later, he entered his first designs into a design competition. When asked about his reason for participating Bojesen replied:

"It is simply because I have a son who is given all the toys imaginable by family and friends. But with the pitiful result that he, who is a strong and heavy-handed little chap, very quickly sees them go to pieces in his hands." 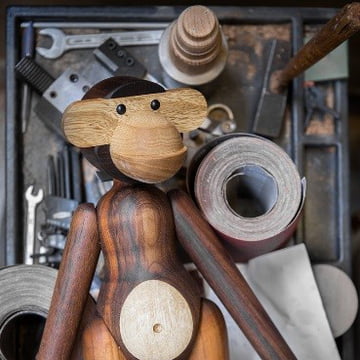 Bojesen’s toys, by contrast, were made of solid wood and soft rounded shapes. Over the next few years, the designer continued to work on the creation of wooden animals. He was not trying to create complex imitations of the living originals, but rather wanted something that could have jumped directly from a child's imagination. Over time, this guideline led to the creation of the sausage dog, the zebra, the rabbit, the elephant and many more. His wooden monkey, designed in 1951, remains unrivalled. The monkey and other animals are still produced by the Rosendahl Design Group in collaboration with the Bojesen family.

The Making of the Bojesen Monkey: Responsible Design 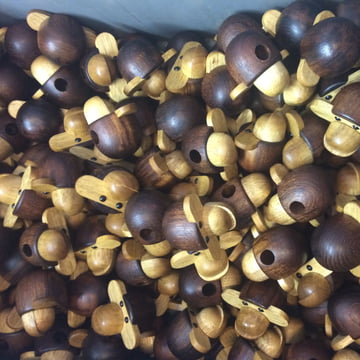 The wooden monkey consists of 31 individual parts. It is made from Limba, an African hardwood, and sustainable teak wood: the Kay Bojesen company concentrates on the protection of the environment and on accepting social responsibility. They only use teak wood from sustainable plantations, where responsible tree-felling is practised and the living conditions for those living around the plantations is important. 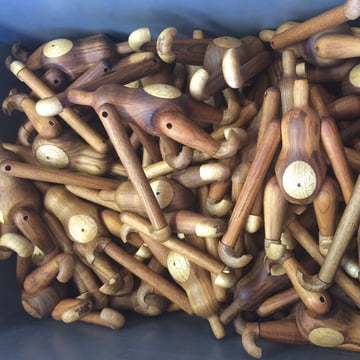 Each Kay Bojesen Monkey is Unique

Each one of the wooden animals is unique. This is thanks to the natural grain and colour of the wood. Fresh plantation-grown teak can vary in its colour from wax yellow to a light grey green. Dark spots and stripes are not uncommon either. These colour variations are normal and represent quality. The company ensures that the wooden monkeys have a consistent appearance as far as possible, despite variations in colour. This applies first and foremost to the arms and legs of the animal. The head is often slightly darker than the rest of the body. 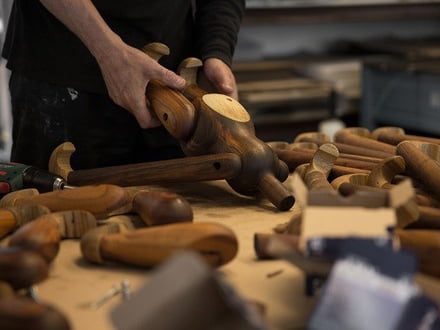 During quality control, the manufacturer ensures that every animal has a smooth surface without any splinters, marks or cracks. If there are knotholes, they may only be created in a natural and healthy way. The company imports the Limba wood from Africa for the face, feet, hands and abdomen of the monkey. It meets the EU timber trading standards and assures the buyer that the wood comes from a legal foresting in the country of origin.

The Kay Bojesen monkey is alive - in its own way. Over the course of months and years, light and air will turn the shades of the wooden animal into a uniform and warm golden brown tone. Nevertheless, your Bojesen monkey keeps one thing: his very own personality. 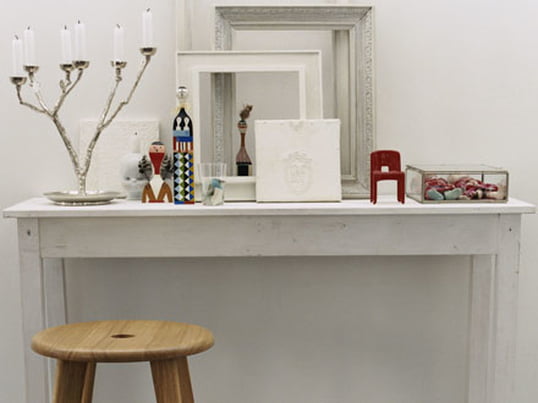