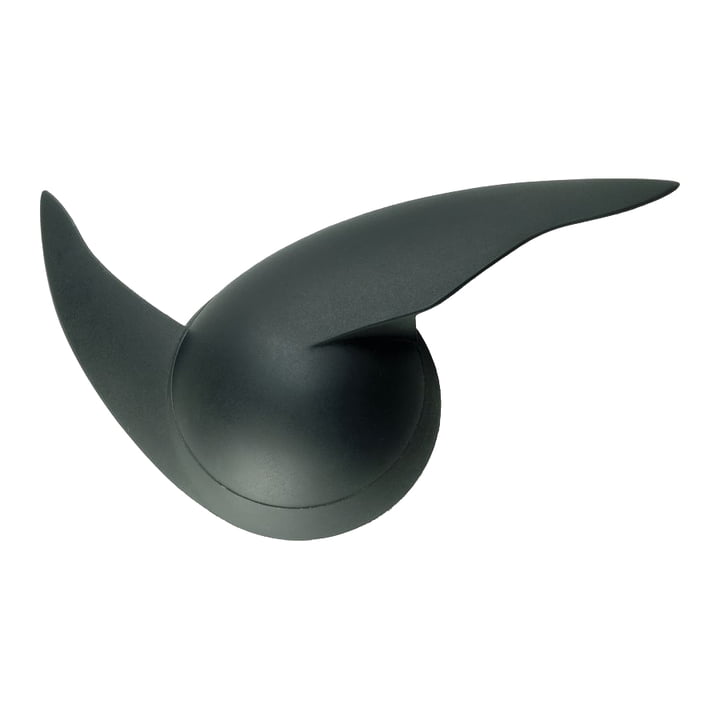 The wall clock Walter Wayle II is produced by Alessi after a design by Philippe Starck. The design has its origins in the year of 1988 and is now available in a second edition. Alessi produces Walter Wayle II out of ABS plastic.

Walter Wayle II does not have a numbered dial. The clock consists of two flowing and dynamically shaped hands. You choose how and whether to design your numbered dial around the clock. At first sight, Walter Wayle is not recognisable as a wall clock due to its minimalist and unusual design, making it an independent wall decoration.

The hands of the wall clock Walter Wayle II run precisely and reliably thanks to the integrated quartz clockwork.