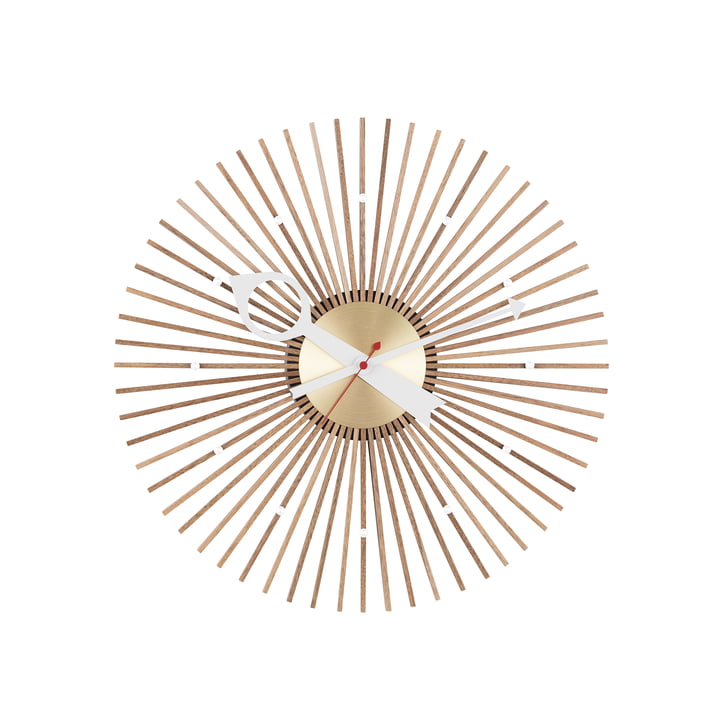 Sculptural wall clock made of wood

George Nelson counts alongside Alexander Girard as well as Charles and Ray Eames as one of the most influential designers of the post-war period and designs home accessories, furniture and lighting up to the 1970s, which today are considered true classics.

Part of his collection are also the Wall Clocks, a series of wall clocks that became icons of the 50s. Vitra reissues the watches today and produces the designs in terms of material and design entirely according to the original. As with numerous watches in the series, Nelson has also dispensed with the use of digits to display the time in Popsicle Clock. Their filigree spokes made of walnut wood look like popsicles on the one hand and on the other hand remind of wonderful sunrays due to their arrangement.

Placed on the wall, the Popsicle Clock therefore sets cheerful accents, but at the same time appears noble and spreads the charm of the 50s in the ambience. Like all watches by designer George Nelson, the Popsicle Clock is equipped with a high-quality quartz movement.