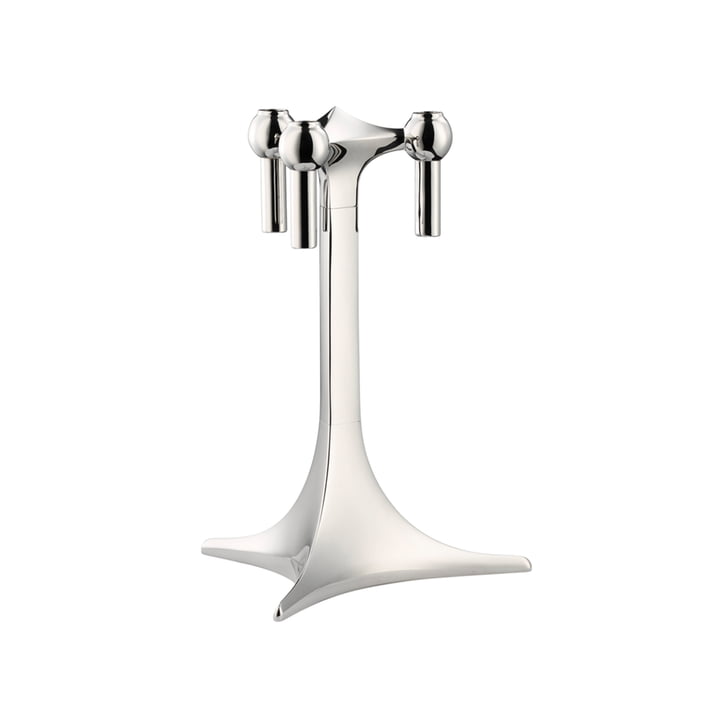 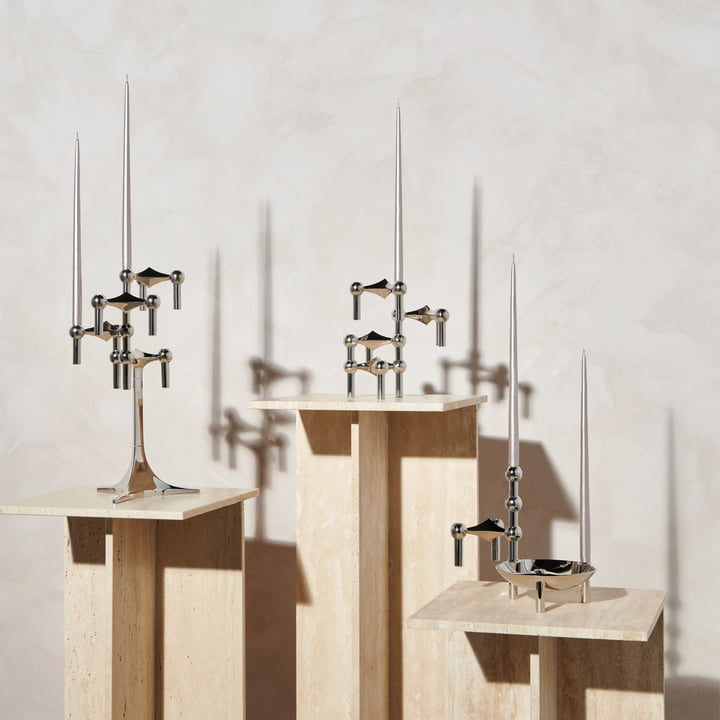 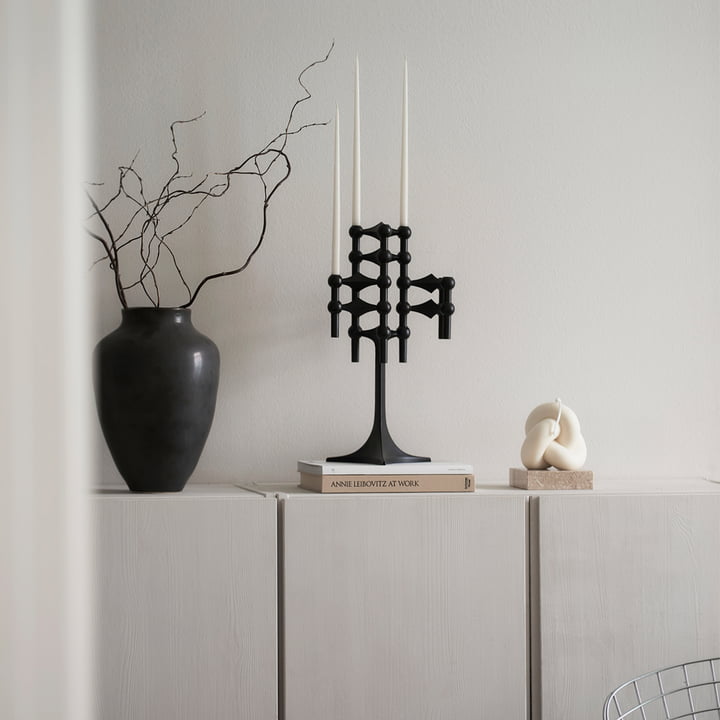 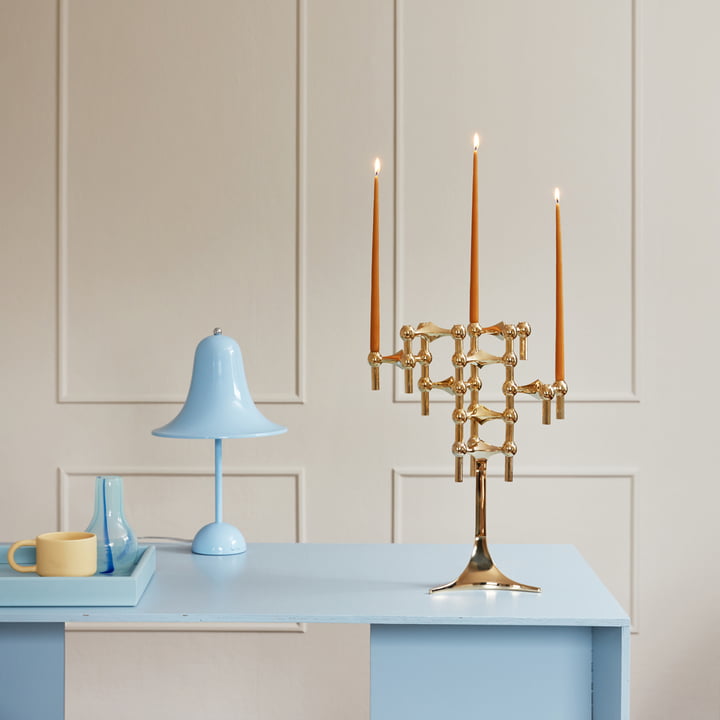 A 23 cm high candle holder in the style of the legendary Stoff Nagel design. The candle holder holds three candles or can become the base for a custom assembled sculptural candle holder. It is available in chrome, black or brass.

The pluggable candle holder was developed in the 1960s by Werner Stoff . The idea came to Hans Nagel during a fall on a skiing vacation. He was so fascinated by the smooth and elegant symmetry that three of his fingers had left in the snow after the fall that he created the Stoff Nagel candleholder from it together with Werner Stoff .

After decades of silence around the iconic creation of Stoff Nagel, the individual components are now relaunched by the Danish company Stoff Nagel Copenhagen after the original drawings of Hans Nagel and Werner Stoff .