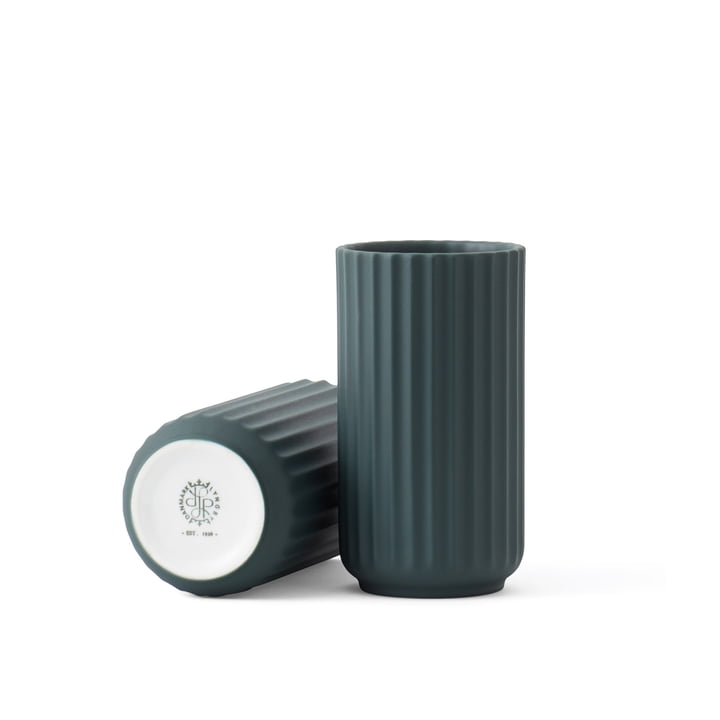 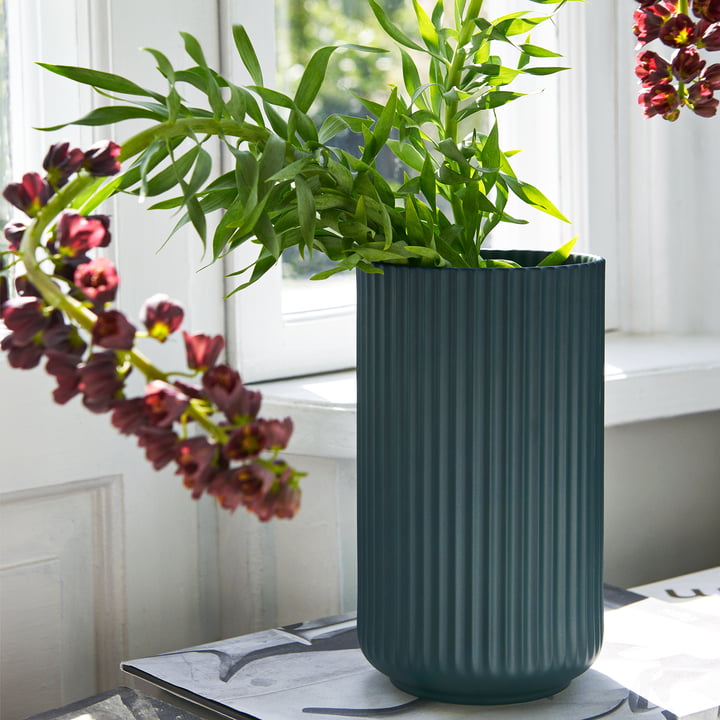 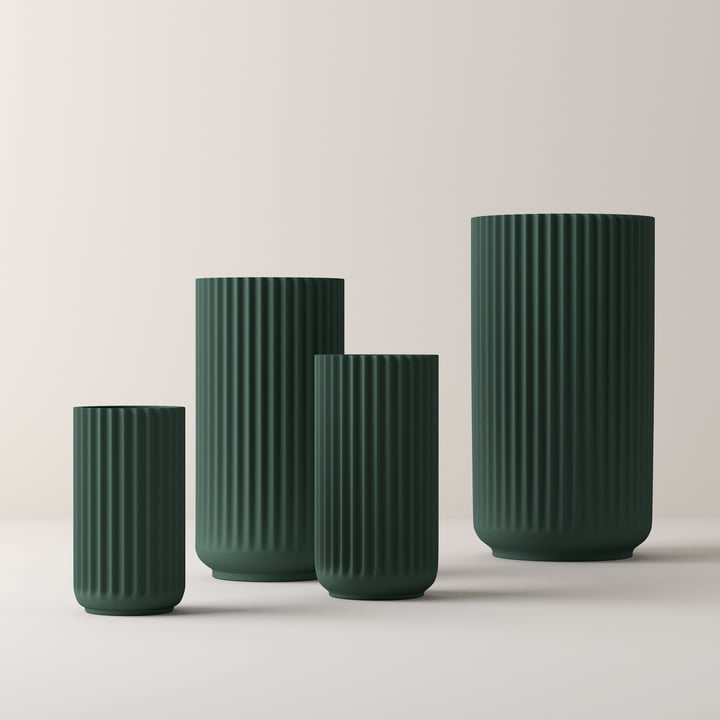 An icon among porcelain vases since 1936.

The Lyngby vase is manufactured by Porcelænsfabrikken Danmark - Lyngby Porcelæn . The design classic made of porcelain was designed in 1936 and lives from its unique aesthetics and the striking fluted structure. In green, the vase provides a fresh look and puts especially colourful bouquets in the limelight in a beautiful way.

The vase became an absolute design icon in the 1930s and is still highly valued by design lovers and collectors for its simple elegance. Together with other designs, the porcelain vase marks the beginning of a new design era, which was inspired by the Bauhaus movement and characterized by the functionalism that began at that time.

The vase is available in different sizes, in several colours and in glass. The series has also been expanded to include bonbonnières as well as cachepots. Whether for smaller bouquets, decorative branches or as an independent sculpture - different colours, heights and diameters allow a noble ensemble of several vases for varied arrangements.