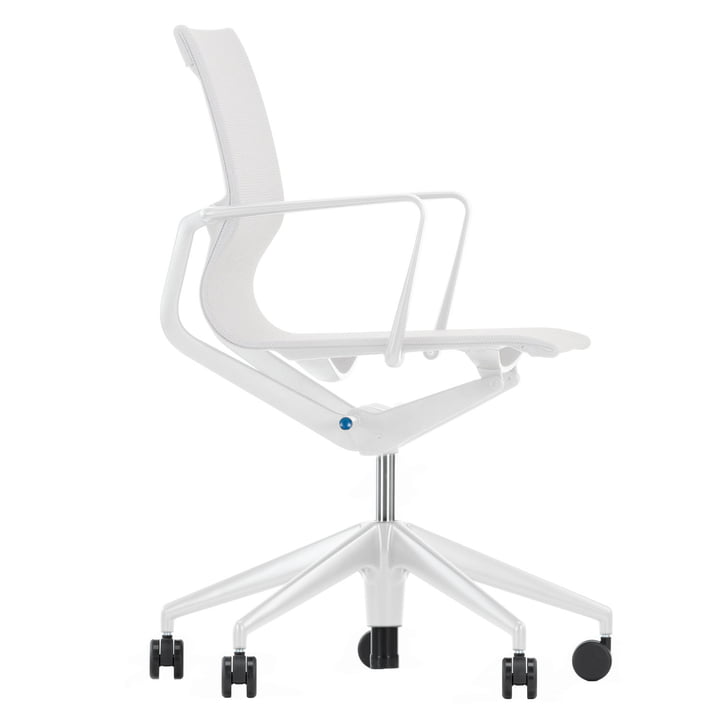 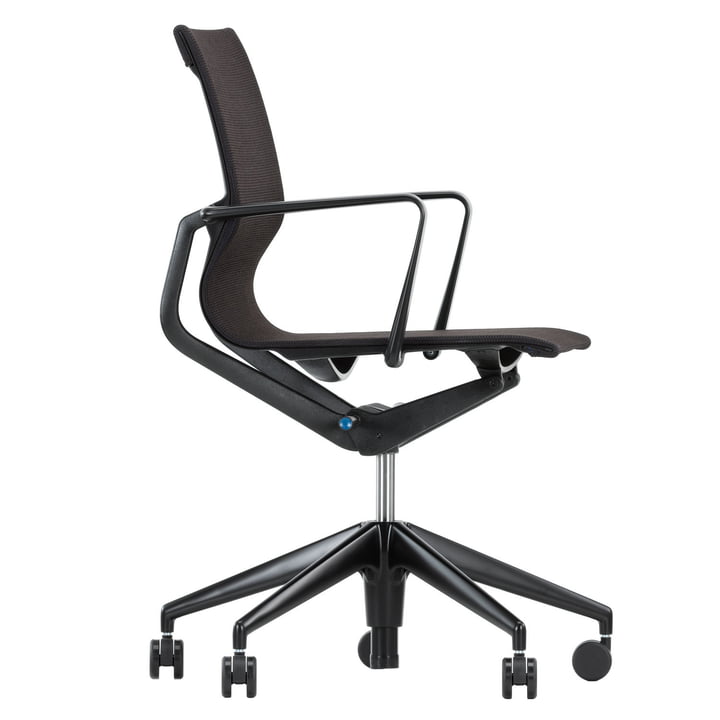 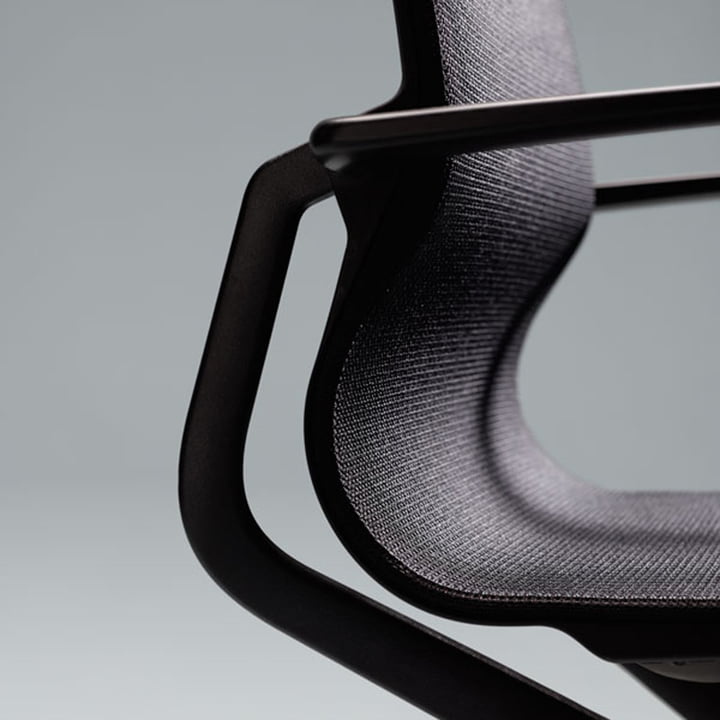 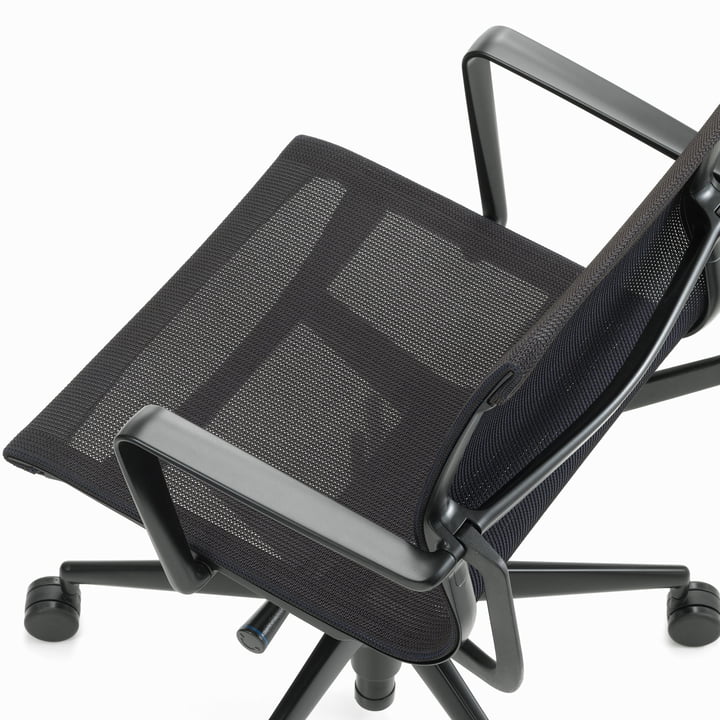 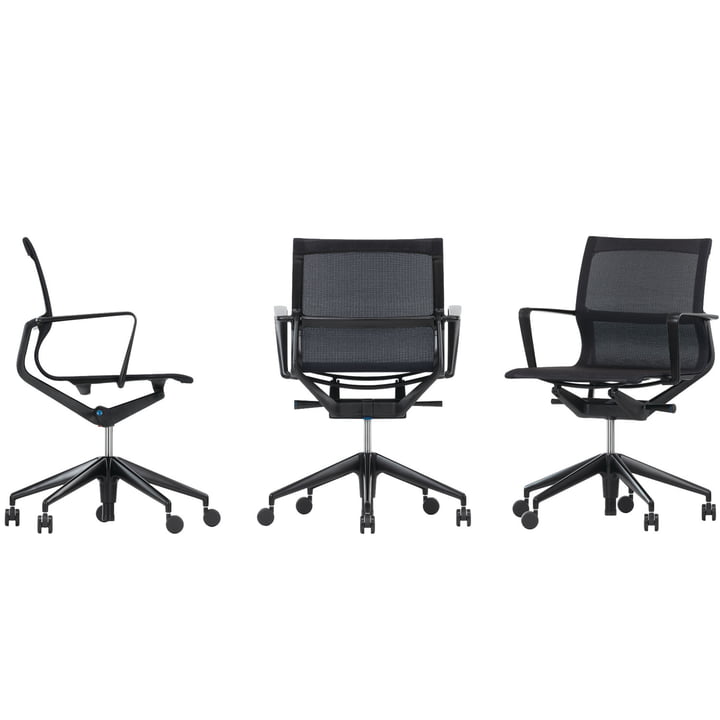 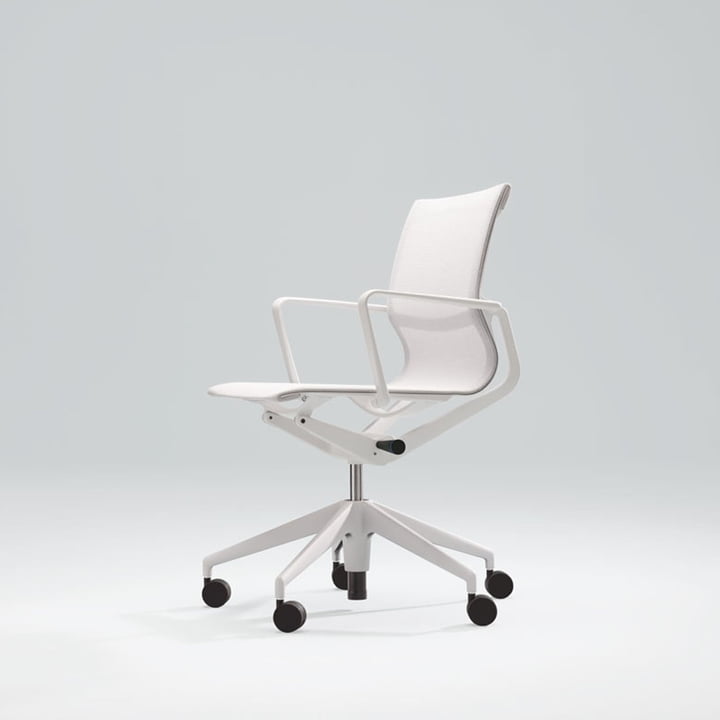 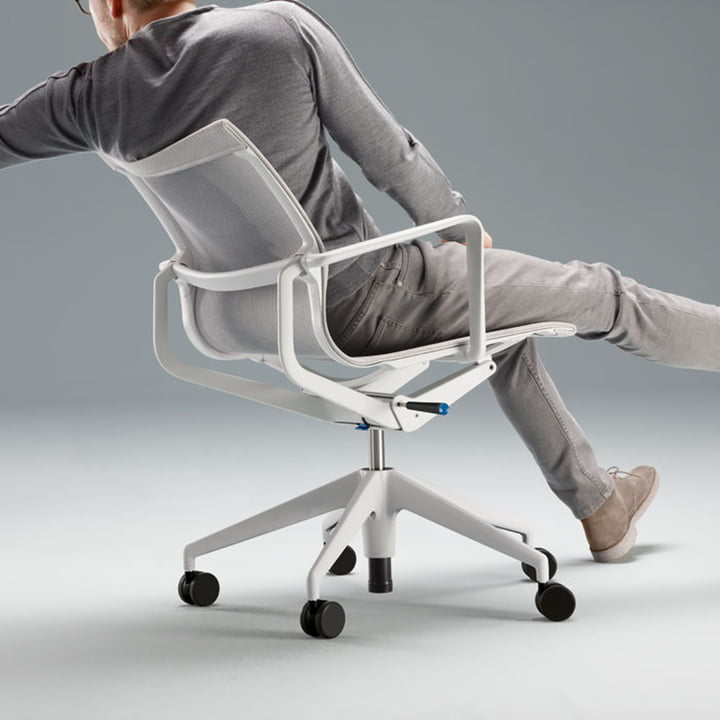 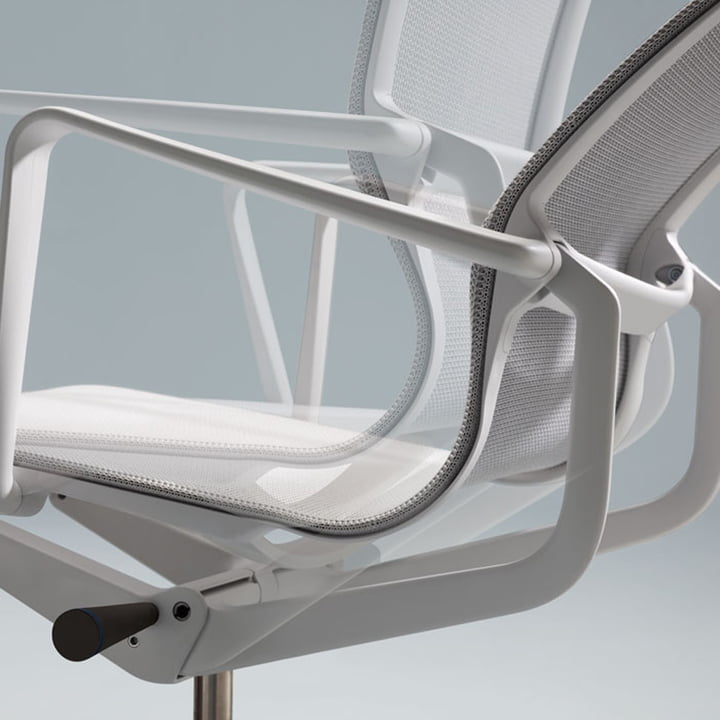 ”Design is an interplay between rigid and flexible elements. The shape is only revealed during the designing process.”
Alberto Meda

The structure of Physix is based on the idea of creating a continuous seat shell by stretching a single material between two side members. This places this chair in the last place of a long queue of ancestors of chair icons, but develops the typology getting one step ahead. Using current material and production technical possibilities, Alberto Meda composed interplay of three materials, reaching one new dynamic sitting experience: a flexible frame constructions, an elastic rope coating and a stable mechanism.

The filigree frame construction of Physix consequently uses the possibility of modern plastic materials regarding flexibility and stability. The organic lateral holms out of polyamide are transformable into flexible joints and follow the movement of the human body while leaning back.

One piece of knitted material is tensioned between the lateral holms and makes up a free-carrying, continuous seat and backrest upholstery. Alberto Meda and Vitra developed a multi-threaded, highly resistant knitted material, which was so elastic that it even allowed the three-dimensional shaping of the seat. The frame and the tensioned coating of Physix follow the movements of the user in all the directions, even diagonal – when the user leans back for example, when he wants to look over his shoulders.

The knitted textile also enables the visual weightlessness if the chair with its transparency and it allows a freely nuanced colours combination. The plastic frame and the knitted coating would form a dynamic, but still not controlled movement when they were the only components of the chair. Only with the synchronic-mechanism it is possible for Physix to offer a precisely directed, biomechanical movement. Two distinctive aluminium brackets at the chair’s backside transmit the movement of the lateral holms to the spiral spring-system, which is included in the housing under the seat. This is how a regulated movement is exactly controlled in every seat position and weight load.