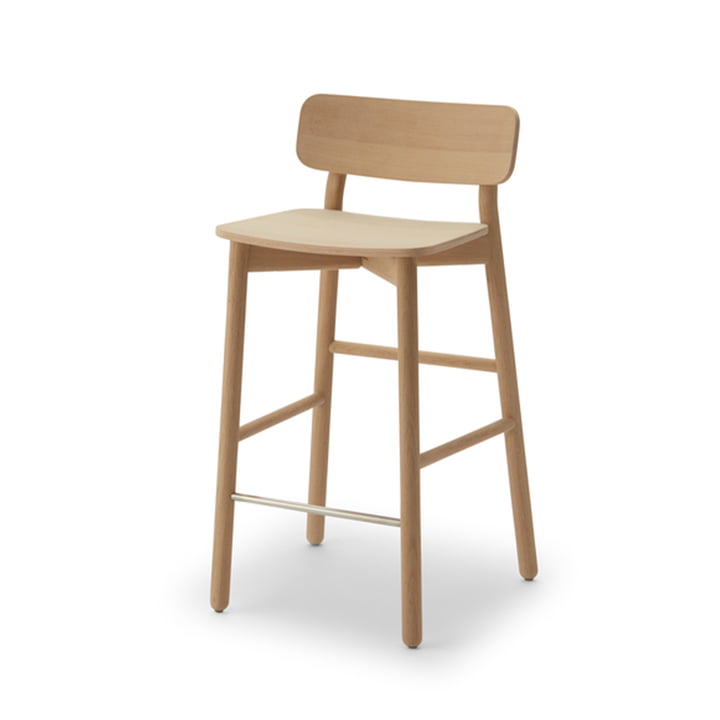 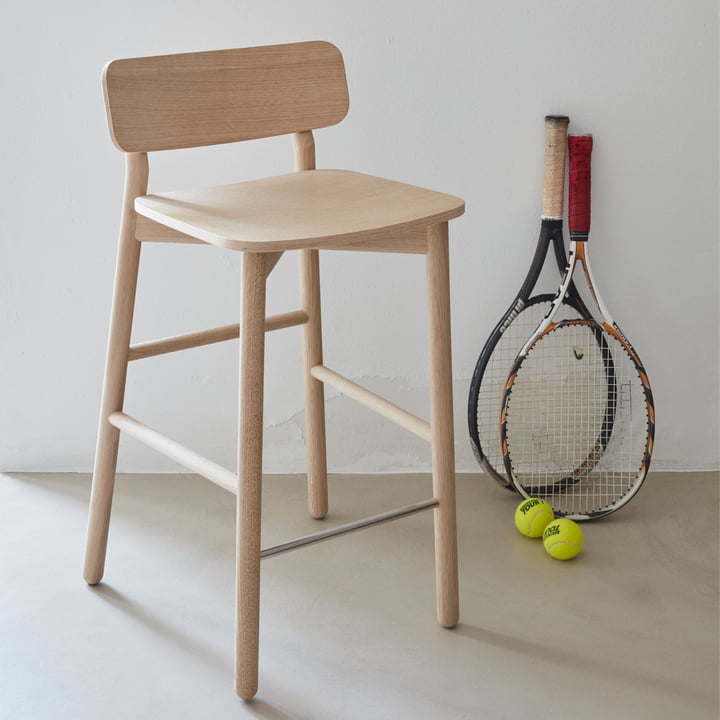 The Hven bar stool from Skagerak impresses with its light, Nordic, robust yet elegant design. The long legs are connected with crossbars for maximum strength and comfort. It belongs to the Hven series, which was designed by the Swedish designer Anton Björsing for the Danish manufacturer and connects Sweden and Denmark in a special way.

Hven (Ven in Swedish) is a small, idyllic island between Sweden and Denmark in the Öresund. The island originally belonged to Denmark until it was annexed by Sweden over 350 years ago. Even today, the influences of the two countries, both of which can be seen from the shore of the island, can be seen and give the island, which is known for art and culture, its very special charm. The island between Denmark and Sweden is connected to the two countries by ferries and is a unique intercultural bridge.

Made of wood with slight curves

Similar to the island, the Hven series is a connection between the Swedish designer, who grew up in Landskrona with a direct view of the small island, and the Danish manufacturer. The series includes tables and chairs that are symbolic of coming together at the dining table. The products are made entirely of wood and convince with their refined curves, which give the solid material a certain lightness.