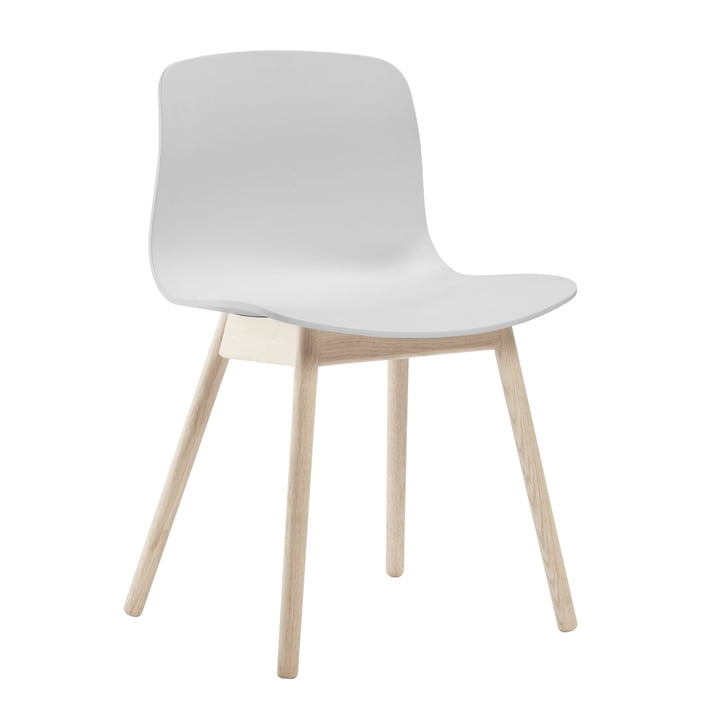 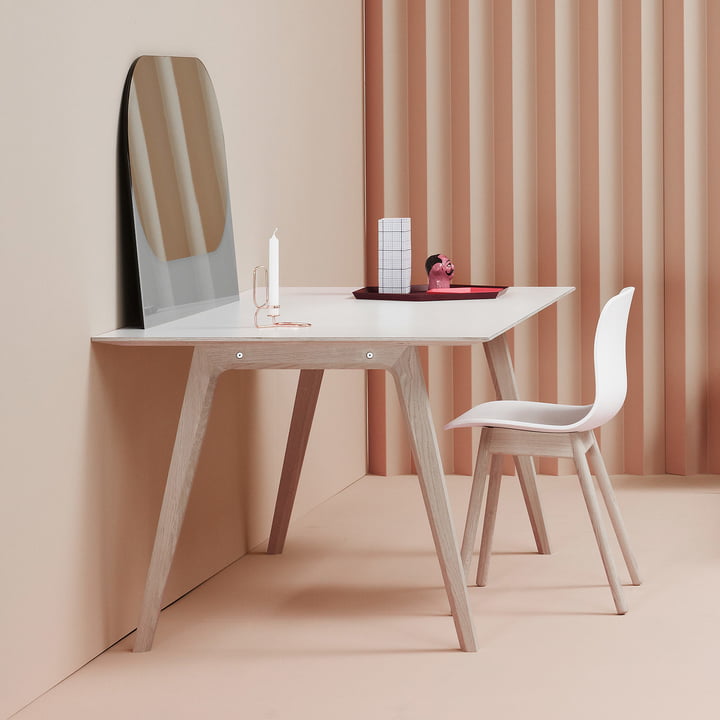 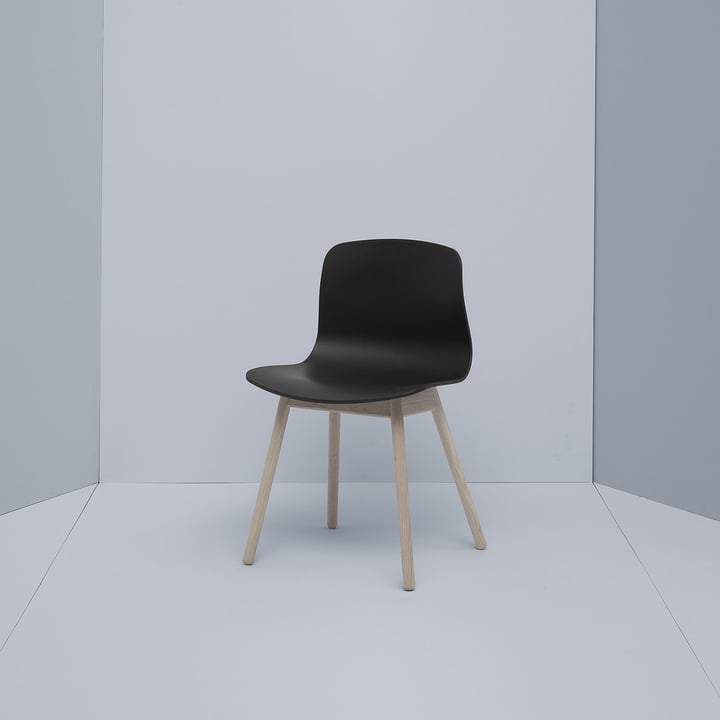 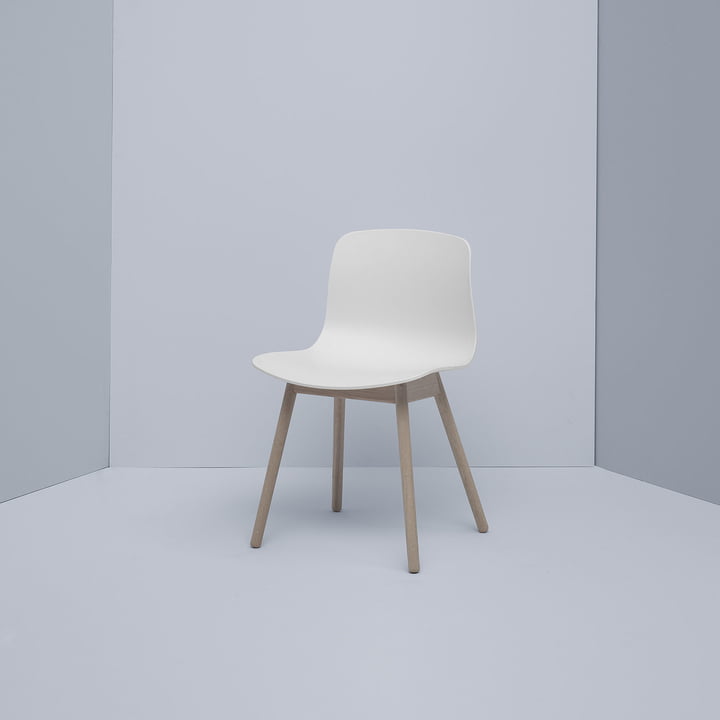 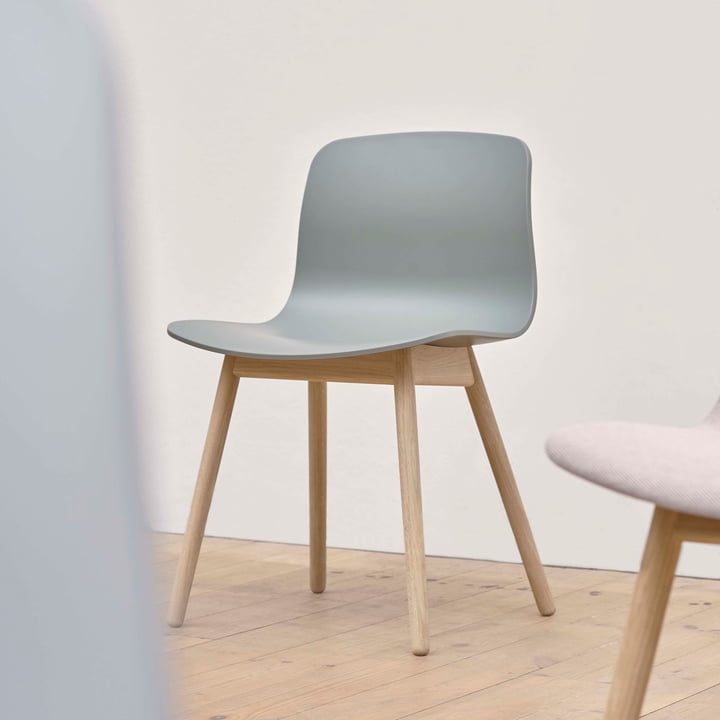 The seat shell without armrests of the About A Chair AAC 12 is made of dyed polypropylene. The four-legged frame is available in oak. 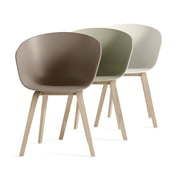