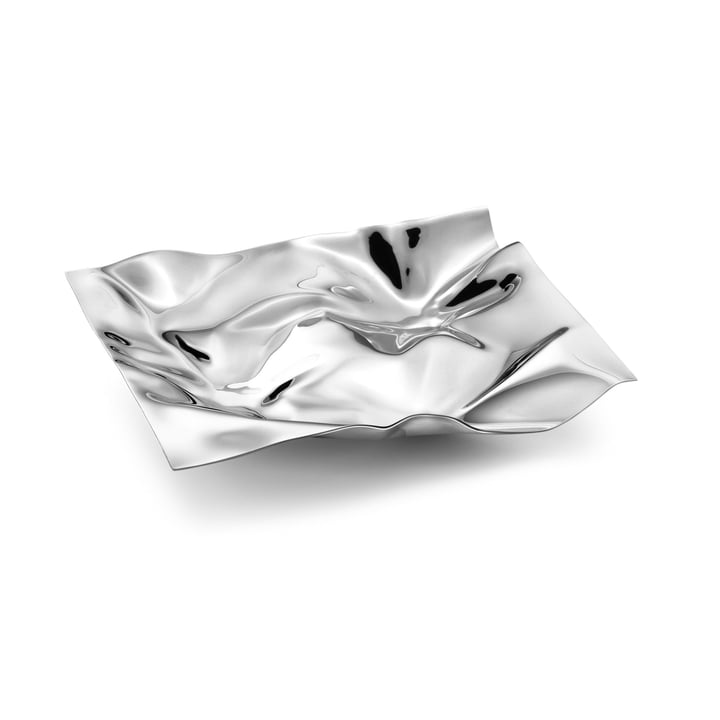 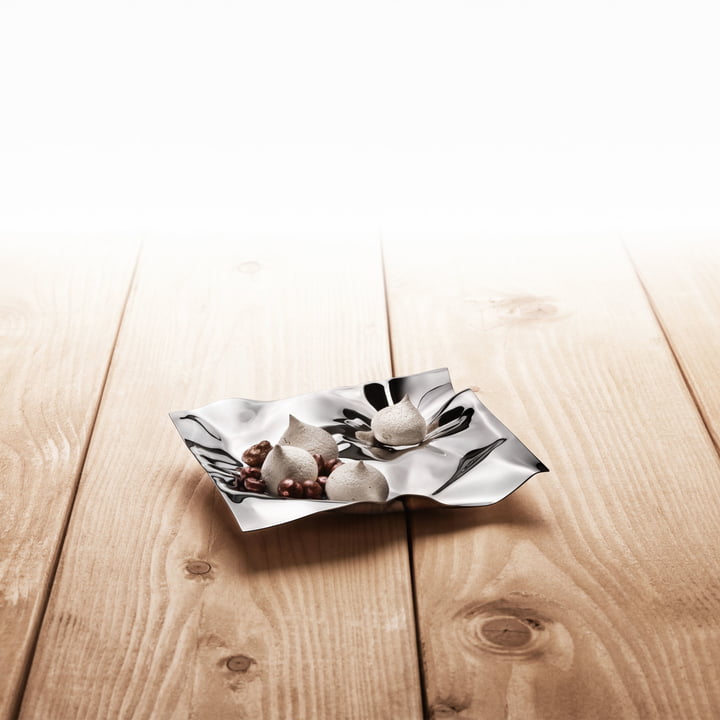 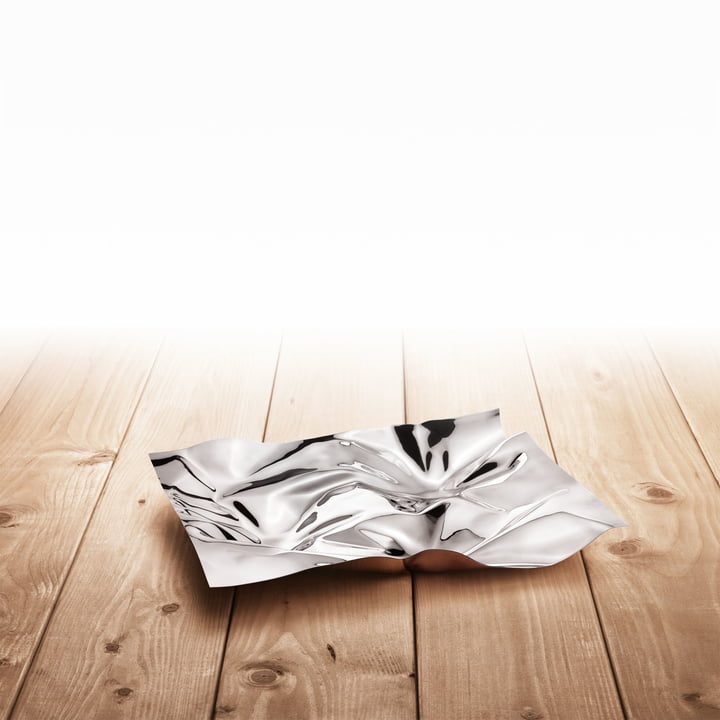 The bowl with the number 1302 is another Verner Panton masterpiece form the Masterpiece series from Georg Jensen. It has the form of a piece of a crumpled foil and it was initially manufactured in silver in the year 1988.

Despite of the crumpled design, there is no accidental chance in this bowl. Verner Panton’s bowl is stable and its practical dents offer space for numerous smaller objects. It is ideally suitable as a decorative object and also as a serving item for bread, sweets, fruits and other small things. The crumpled and at first sigh arbitrary look, offer vivacity to the bowl.

The small bowl 1302 from Georg Jensen possesses the same sensibility for Pop-Art like the larger variant. It can be used as a decorative element, as well as a stocking object for chocolate, jewellery or other utensils.

Verner Panton was one of the greatest design icons from the modern movement. With his works he made Denmark the capital of exclusive, exceptional furnishing objects that influenced creative thinkers until today. The bowl with the number 1302 is part of his masterful artistic heritage, that was interpreted in stainless steel by Georg Jensen for the first time.